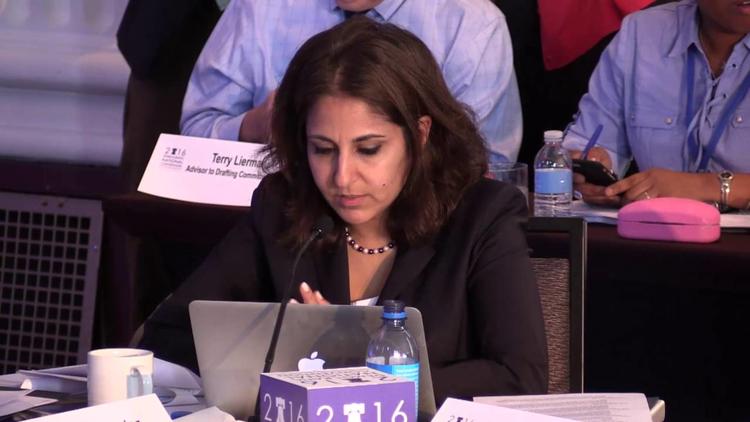 Despite its claims to want to unify voters ahead of November’s election, the Democratic party appears to be pushing for an agenda that critics say ignores basic progressive policies, “staying true” to their Corporate donors above all else.

During a 9-hour meeting in St. Louis, Missouri on Friday, members of the DNC’s platform drafting committee voted down a number of measures proposed by Bernie Sanders surrogates that would have come out against the contentious Trans-Pacific Partnership (TPP), fracking, and the Israeli occupation of Palestine. At the same time, proposals to support a carbon tax, Single Payer healthcare, and a $15 minimum wage tied to inflation were also disregarded.

In a statement, Sanders said he was “disappointed and dismayed” that representatives of Hillary Clinton and DNC chairwoman Debbie Wasserman Schulz rejected the proposal on trade put forth by Sanders appointee Rep. Keith Ellison (D-Minn.), despite the fact that the presumed nominee has herself come out against the 12-nation deal.

The panel also rejected amendments suggested by 350.org co-founder Bill McKibben, another Sanders pick, that would have imposed a carbon tax, declared a national moratorium on fracking as well as new fossil fuel drilling leases on federal lands and waters.

“This is not a political problem of the sort that we are used to dealing with,” McKibben stated during the marathon debate. “Most political problems yield well to the formula that we’ve kept adopting on thing after thing—compromise, we’ll go halfway, we’ll get part of this done. That’s because most political problems are really between different groups of people. They’re between industry and environmentalists. That is not the case here.”

According to Gosztola’s reporting on the exchange, Dr. Cornel West lambasted the aforementioned panel members, particularly Browner, for “endorsing reform incrementalism” in the face of an urgent planetary crisis.

Other progressive policies were adopted piecemeal, such as the $15 minimum wage, which the committee accepted but without the amendment put forth by Ellison that would have indexed the wage to inflation.

The panel did vote unanimously to back a proposal to abolish the death penalty and adopted language calling for breaking up too-big-to-fail banks and enacting a modern-day Glass-Steagall Act—measures that Sanders said he was “pleased” about.

According to AP, the final discussion “centered on the Israel-Palestinian conflict.”

“The committee defeated an amendment by Sanders supporter James Zogby that would have called for providing Palestinians with ‘an end to occupation and illegal settlements’ and urged an international effort to rebuild Gaza,” AP reports, measures which Zogby said Sanders helped craft.

Instead, AP reports, the adopted draft “advocates working toward a ‘two-state solution of the Israel-Palestinian conflict’ that guarantees Israel’s security with recognized borders ‘and provides the Palestinians with independence, sovereignty, and dignity.'”

Citing these “moral failures” of the platform draft, West abstained during the final vote to send the document to review by the full Platform Committee next month in Orlando, Florida.

“If we can’t say a word about TPP, if we can’t talk about Medicare-for-All explicitly, if they greatest prophetic voice dealing with pending ecologically catastrophe can hardly win a vote, and if we can’t even acknowledge occupation… it seems there is no way in good conscience I can say, ‘Take it to the next stage,'” West declared before the assembly.

“I wasn’t raised like that,” he said. “I have to abstain. I have no other moral option, it would be a violation of my own limited sense of moral integrity and spiritual conscience,” adding, “That’s how I roll.”