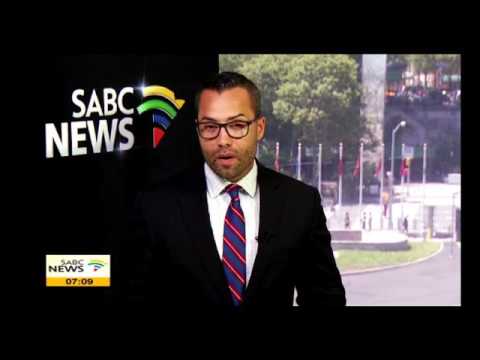 BETHLEHEM (Ma’an) — An EU high representative said during a UN Security Council briefing on Monday that the prospective of a viable two-state solution was getting “beyond reach,” according to the UN News Center.

“The possibility of a secure state of Israel and a viable state of Palestine living side by side is fading away,” European Union High Representative for Foreign Affairs Federica Mogherini said during the briefing. “And together with the perspective of the two states, peace would also get beyond reach.”

Commenting on the continuing conflicts that have erupted across the Middle East, Mogherini said regional security concerns should “push everyone to renew our efforts towards ending the [Israeli-Palestinian] conflict.”

Mogherini emphasized that disagreements and conflicts around Jerusalem’s holy sites had the potential to inflame political instability in the region, while articulating her hopes of political recommendations that were expected to be put forth by international representatives participating in the French initiative as they prepare for a multilateral peace conference to be held by the end of the year.

However, Israeli Prime Minister Benjamin Netanyahu has consistently rejected the proposed peace initiative, instead voicing his support for direct talks with Palestinians and reviving the 2002 Arab Peace Initiative, which would establish an independent Palestinian state on 1967 lines and with East Jerusalem as its capital.

The binational state — termed the “one-state solution” — has increasingly gained support among Palestinians, activist groups, and intellectuals purporting it as the most reasonable way of upholding Palestinian human rights and their internationally recognized right to return to lands they were expelled from during and after the establishment of Israel in 1948.