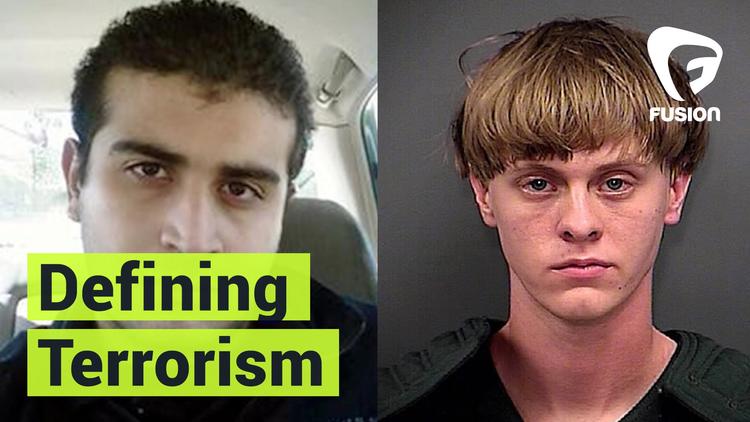 A year after Roof was charged over the mass-killing of nine Black people in an African Methodist church, it is worth remembering him for what he was.

The domestic act of terror at a historic African-American Church in South Carolina on June 17, 2015, was quickly branded a “hate crime” by U.S. officials, and the white man who perpetrated it a “troubled” person who was otherwise “sweet and quiet.”

It was a predictable media narrative to many for whom the racist and white supremacist motives behind the killing were immediately transparent.

Hate crimes are defined and categorized by U.S. state institutions as a “criminal offense against a person or property motivated in whole or in part by an offender’s bias against a race, religion, disability, ethnic origin or sexual orientation.”

Following this definition, the killings were not explicitly recognized as being racially-motivated, which allowed some media outlets like Fox News to turn it into a religious dispute.

“There does seem to be a rising hostility against Christians across this country because of our biblical views ,” said Bishop E.W. Jackson on Fox News.

If a “hate crime” can be so openly interpreted it becomes easier to deviate from the more obvious reasons behind the killing of Black people by a white man parading flags of apartheid South Africa and Rhodesia, now Zimbabwe.

If it is at all understood as a race-related hate crime, its very categorization by U.S officials as such can also make the terrorist act appear as an isolated event that has nothing to do with the very racist foundations of the United States. In fact, the Federal Bureau of Investigation, whose director James Comey recently confessed that law enforcers are racist, claims to work with the state to combat hate crimes since the emergence of the Skinheads and the Ku Klux Klan. In other words, the racial hatred that needs to be fought is displaced onto some radical far-right extremists.

Race-related hate crimes are thereby disassociated from the very culture and institutions that have continued to dehumanize, kill, and dispossess Black and brown people in the U.S. for centuries.

If the shootings are an isolated case and a deviation from the norm, the shootings demand meticulous inquiry. Why would a white man kill these people? Who is this white man?

“I don’t know what was going through his head,” a woman who knew the killer told CNN. “He was a really sweet kid. He was quiet. He only had a few friends.”

Stories detailing the killer’s personal characteristics abound, which paradoxically function to empathize not with the victims of racial violence, but with the perpetrator.

It didn’t take long either before the killer was pathologized and mental illness seen as the cause of the terrorist act. For instance, an MSNBC anchor said on Thursday morning, “we don’t know his mental condition.”

As people on social media have been quick to point out, this not only erases racism and white supremacy as the instigating motives behind the crime, but it also contributes to the vilification and stigmatization of people who in fact have mental illness.

In this light, the brutal killing of nine people at a historic African-American church by a white man is removed from the historical legacy of the enslavement of Black people, the ethnic cleansing of Indigenous populations and the ongoing destruction of Black and brown lives in the U.S.

In a culture that divides people as “good guys vs bad guys”—with white people often represented as embodying the former and people of color the latter—it simply cannot be fathomed that white people in this story might possibly be “villains.”

It is this delusion of white people’s exceptional greatness that instigates in-depth investigations to understand how “one (of) our own kin” could commit this “random act of violence.” It is easier to say the killer is “troubled” than to look in the mirror and acknowledge that white supremacy runs in the DNA of White America.

In this rehearsed story of “good” white people and “evil” Black and brown folks, there is no similar questioning or investigation when acts of violence are committed against white people by people of color.

However, in violent cases where the perpetrator is Muslim, it is automatically assumed the person is some backward terrorist without any political motive but the blood-thirst drive to kill innocent white Americans and attack their exceptional “freedoms.” The attack translates into “Muslim terrorism” that the 1.57 billion Muslims around the world must condemn and apologize for.

Of course , no such thing is ever demanded from white people , the mainstream media or society .

As long as white people continue to run away from the reality of racial violence, to invent new myths and lies so as to cover up their past and present crimes and displace collective accountability, Black and brown lives remain in peril.