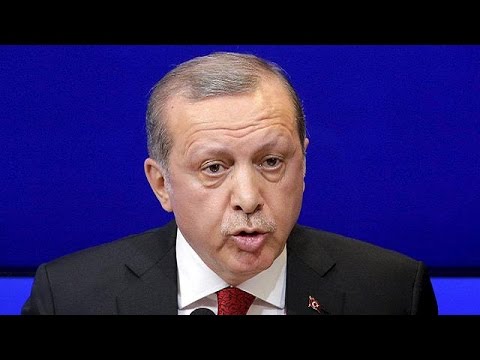 This is what President Erdogan likes to call “New Turkey”, and for women civic campaigners, it is a highly problematic one.

President Recep Tayyip Erdogan's remarks that birth control is ‘treason’ are far from the first that he and his administration have made regarding women and their life choices.

In March, marking the International Women’s Day Erdogan said, a woman was “above all else a mother” adding that men and women are not equal, a point he had made before back in 2014 when he also accused feminists of failing to accept motherhood.

And in 2014, Deputy Prime Minister Bulent Arinc said that women should not laugh in public, triggering a wave of responses from Turkish women who tweeted at the Arinc with the #kahkaha [laugh] hashtag while posting pictures of themselves laughing.

On a practical level, the government controlled by Erdogan's AKP (Justice and Development Party) has proposed limiting abortion rights, the morning-after pill and caesarean sections, although none have become official policy.

Ironically, at about the same time Erdogan was discussing a ban on birth control, First Lady Emine Erdogan was delivering a fiery speech at the closing ceremony for an event in Istanbul “Mobile Solutions Address: Women” where she called for an end to the exploitation of women’s labor.

“The elimination of barriers such as wage differentials, glass ceiling obstacles [invisible but real barriers to advancement in a profession, typically applied to women] are requirements for equity,” she said.

Her husband’s earlier remarks about women needing to have at least three children — which would create obvious obstacles to women's advancement in the workplace — went un-noted during her address.

Having Sex is next

Birth control was the only thing he had not become interested in, but not any longer.

Half of the country are sheep who don't know what birth control is anyway… So no need to be concerned.

Commenters also alluded to the serious conflict boiling over in the country's east that they felt more deserving of Erdogan's attention.

Two police officers die in Van. And yet you are still talking about birth and condom control [and families having a minimum of] 3 children. Soon you will be saying pregnant women should not walk outside in public

He is done with abortion, now its birth control and population planning. Next in line: how many times a night we can have sex, God willing.

According to World Economic Forum's Gender Gap Index from 2015, Turkey ranks 130th out of 145 countries. A report released by Turkey’s Ministry of Family and Social Policy last year concluded 40% of women suffer from domestic violence.

Perhaps these are issues for the government's attention, rather than a ban on “treasonous” birth control.