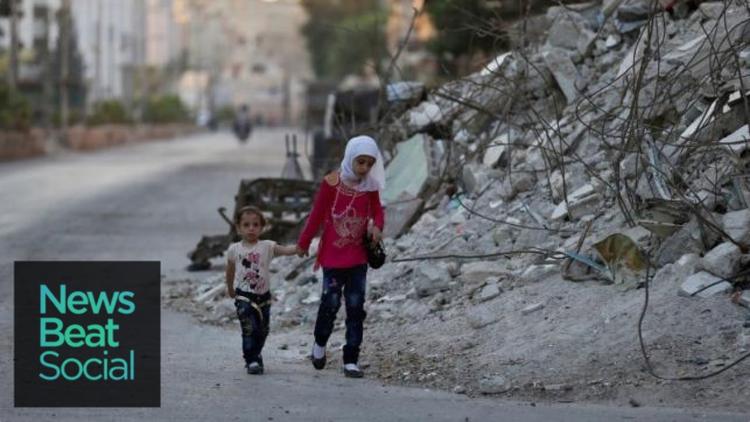 Reuters is reporting that the Syrian Arab Army and its Shiite militia allies have taken Malah Farms to the northwest of the city and so have cut the last remaining road by which the rebel forces in East Aleppo were resupplied with armaments. (Reuters is too polite to say so, but the armaments come via Turkey, ultimately from Saudi Arabia and in some cases the United States’ CIA. What is being said is that Turkey can now no longer smuggle the arms in to the fundamentalist rebels there.)

Syrian forces cut the lone remaining road leading into the rebel-held neighborhoods of Aleppo, insofar as they have taken up positions within a kilometer of it from which they can shell any convoys on it.

Alarmingly, it is also the last route by which Mercy Corps can get humanitarian aid to tens of thousands of non-combatants in that part of the city. One militia member told Reuters that now, no one can enter or leave [East] Aleppo. Another said that all the rebel groups in the area are sending reinforcements and mobilizing to try to take back territory lost to the regime forces.

The opposition is complaining that the Syrian operation, which is supported by the Russian air force, was conducted under the cover of a 3-day cease-fire, which the Syrian regime did not in fact honor.

Aljazeera claims that East Aleppo was hit by 150 airstrikes by the Russian and Syrian air forces, leaving 20 civilian non-combatants dead. Aljazeera leans toward the rebels.

From the other side, the Hizbullah mouthpiece al-Manar (and Hizbullah fighters from Lebanon were an important part of this campaign on the government side) explains that the campaign to take Malah Farms north of Aleppo began June 25, and that by last Sunday the three farms making it up had mostly fallen to the Syrian forces and their allies. The battle last Sunday left dozens of rebels dead from the Nur al-Din Zangi Brigade and from al-Qaeda in Syria (the Nusra Front).

On Tuesday these two groups launched a counter-attack, using suicide bombers, but it failed. By Thursday, the Syrian Arab Army and allies had taken the remaining pockets of the southern farm and so had Malah in its entirety.

The army now dominates Castello road in and out of East Aleppo.

The move also shores up control of roads north of the city leading to formerly imperiled Shiite towns, Nubul and al-Zahra’.

Ominously, al-Manar holds that the Syrian Arab Army is now in a position to go into East Aleppo itself.

Such a move would probably be the nail in the coffin of the ceasefire arrived at last fall.

It seems to me that if the regime can retake and keep East Aleppo, the war will have been decided in its favor.

I wrote in May,

“West Aleppo from the accounts of the few journalists who made it into there is damaged at the edges and here and there, but people there are able to live their lives; it has a population of some 2 million. The intrepid Declan Walsh, reported of the West:

“One of the most striking things about [West] Aleppo is how much of the city appears to be functioning relatively normally. Much of the periphery has been reduced to rubble. But in the city center, the sidewalks bustle, traffic flows, restaurants are busy and students pour from universities and schools.”

It has a Christian population, which is terrified of the Muslim fundamentalist militias in the East.

East Aleppo is a bombed-out slum. Estimates of its population run from a few tens of thousands to as many as 300,000, but in any case it is tiny compared to the government-held West. It is also miserable. Some neighborhoods are controlled by al-Qaeda, some by the hard line Salafi Jihadi “Freemen of Syria” (Ahrar al-Sham), some by militias of, essentially, the Muslim Brotherhood. It is being gradually surrounded by the Syrian Arab Army and its Kurdish and Shiite allies. At that point where Turkey can no longer send in ammunition and arms and perhaps even food, East Aleppo will go under a deadly siege. It should be remembered that most people who live there are not insurgents. They are just families trapped on the wrong side of the city. It is no longer easy to get out.”

It just became not harder to get out but impossible.