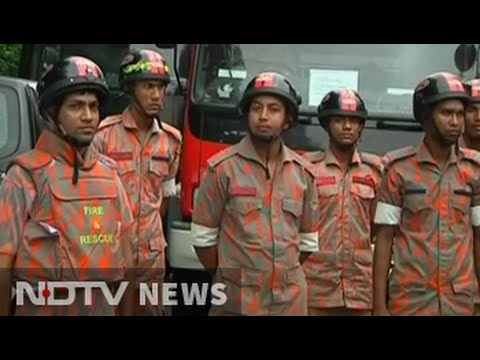 Bangladesh has been plagued by extremist violence for years, but the violence and hostage-taking in Dhaka on Friday and on Saturday morning was a whole new level of disruption.

Why Bangladesh? Here are some reasons:

1. Bangladesh is a multicultural state, where some 9 percent of the population is Hindu. The birthdays of Buddha and Krishna are official holidays. Radical Sunni Muslims, like the US Ku Klux Klan, are about a single ethnicity being exalted above all the others in a society.

2. Among the Muslim majority, large numbers of the Muslims are Sufi mystics. Bangladeshi Sufism had tended to be tolerant and universalist. Many Hindus frequent shrines of Sufi saints. Radical Sunni Muslims want to destroy Sufism and to herd Muslims into the hard line ‘protestant’ Salafi trend.

3. Large numbers of Bangladeshis are secular-minded. There is a significant Communist Party and the secular nationalist Awami League controls the national government. Indeed, it could be argued that of all South Asian countries, Bangladesh has the most secular government now that the fundamentalist BJP is ruling India.

4. Bangladeshi nationalism is grounded in national identity rather than fundamentalist religion. Bangladesh was forged in the crucible of 1971, when Bengali Muslims there signaled that they were disillusioned with the Pakistan project and would seek their own Bengali nationalism rather than subsume it under a South Asian Muslim identity. Radical Muslims hate ethnic nationalism and want to make fundamentalist Muslim universalism the keystone of identity.

5. The Bangladeshi government has been prosecuting Muslim fundamentalists who have committed violent crimes in the past, even executing two former leaders of the fundamentalist Jama’at-i islami. Hard line fundamentalists think they are above the law and insist that violence committed in the name of religion is licit. The radicals are thus ‘haunting’ the Federal government.

Bangladesh shows that a Muslim society can evolve toward Sufism or secularism rather than Salafi puritanism, and as such the country stands as a rebuke to the fundamentalists and hard liners. They know only the language of violence in attempting to provoke social change, and have deployed it in Dhaka. It will not make them more popular.