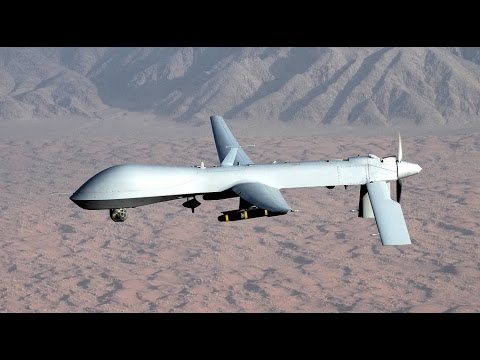 The United States government accepted responsibility Friday for inadvertently killing up to 116 civilians in strikes in countries where America is not at war, a major disclosure likely to inflame debate about targeted killings and use of drones.

President Barack Obama’s goal for the release of the numbers, which are higher than any previously acknowledged by the U.S. government but vastly below estimates from intelligence and rights groups, is to create greater transparency about what the U.S. military and CIA are doing to fight militants “plotting” against the United States.

But the figures, which covered strikes from the day Obama took office in January 2009 through Dec. 31, 2015, were below even the most conservative estimates by non-governmental organizations that spent years tallying U.S. strikes in countries such as Pakistan, Yemen and Somalia.

“The numbers reported by the White House today simply don’t add up and we’re disappointed by that,” said Federico Borello, executive director for the Center for Civilians in Conflict.

In Pakistan alone, at least 1,927 people have been killed by drones since 2009, according to the Bureau of Investigative Journalism, with at least 249 of the dead civilians.

According to human rights organization Reprieve, the death toll for civilians could be over 1,000.

In a report, released in anticipation of the official figures, the organization argues the U.S. government secretly redefines “who can be targeted and what it means to be a civilian,” with many drone operators not always certain of who they were killing.

“Every previous (rare) public, on-record statement made by the Obama administration on the program has been shown to be false or deeply misleading,” the report read.

“It has to be asked what bare numbers will mean if they omit even basic details such as the names of those killed and the areas, even the countries, they live in.”

Critics of the targeted killing program question whether the strikes create more militants than they kill. They cite the spread of jihadist organizations and militant attacks throughout the world as evidence that targeted killings may be exacerbating the problem.

“We’re still faced with the basic question: Is the number of bad guys who are taken out of commission by drone strikes greater or less than the number of people who are inspired to turn to violent acts,” said Paul Pillar, a former senior CIA specialist on the Middle East and now a professor of security studies at Georgetown University.

Pakistani lawyer Mirza Shahzad Akbar, who says he represents a hundred families of civilians killed by drones, questioned the validity of the data even before their release by the Director of National Intelligence.

He said Washington needed to better explain its criteria for declaring someone a civilian, something that can be difficult to do from a camera on a drone.

“President Obama is worried about his legacy as a president who ordered extra-judicial killings of thousands which resulted in a high number of civilian deaths,” Akbar told Reuters.

“As a constitutional lawyer himself, he knows what’s wrong with that.”

RT: Obama admin says up to 116 civilians killed by US drone strikes