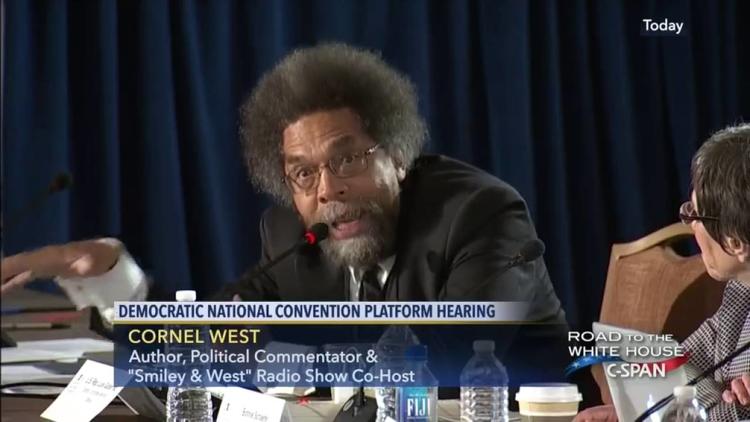 The Clinton loyalists debating the Democratic Party platform have defeated an amendment that would have called for an end to the Israeli Occupation of Palestine and condemned Israeli squatter settlements illegal.

The Democratic Party, in other words, backs the principle of colonialism no less than if it declared that the British should take back over India, that French commandos should storm the presidential palace in Algiers, or that the US army should march through the streets of Manila and reoccupy the Philippines. Maybe, in fact, the Clinton wing of the Democratic Party would like to rescind the Declaration of Independence and accede to the United Kingdom? With Scotland talking about leaving, there might be a place opening up, and we could get the redcoats back to harass us.

The Israeli occupation of Palestine (the West Bank and the Gaza Strip) was not originally illegal in international law, since it grew out of the 1967 Six-Day war, and wartime occupations are a recognized legal category.

However, the Israeli government has not abided by the most basic provisions of the Geneva Conventions of 1949, which include:

“the following acts are and shall remain prohibited at any time and in any place whatsoever with respect to the above-mentioned persons:
(a) violence to life and person, in particular murder of all kinds, mutilation, cruel treatment and torture;
(b) taking of hostages;
(c) outrages upon personal dignity, in particular humiliating and degrading treatment;
(d) the passing of sentences and the carrying out of executions without previous judgment pronounced by a regularly constituted court, affording all the judicial guarantees which are recognized as indispensable by civilized peoples.

“Art. 49. Individual or mass forcible transfers, as well as deportations of protected persons from occupied territory to the territory of the Occupying Power or to that of any other country, occupied or not, are prohibited, regardless of their motive.”

Israel expels Palestinians all the time, and does things like cut down their olive trees or undermine their village wells to encourage them to leave. All this is illegal. The relatively high rate of Israeli incarceration of stone-throwing children has to be considered a latent act of hostage-taking. Israeli troops invade people’s homes all the time without a warrant and there are allegations of theft on occasion. Palestinians are routinely humiliated on a daily basis. There are allegations of torture of Palestinian prisoners. Recent Israeli practices whereby knife-wielding resisters to occupation are shot dead even if disarmed and helpless or even if easily disarmed directly contravene (d) above. Prime Minister Binyamin Netanyahu blasted the Swedish foreign minister for even daring complain about it. The Israeli establishment is openly contemptuous of the Geneva Conventions, which were passed to forestall the recurrence of the abuses and atrocities committed by the Axis powers during World War II.

Moreover, the Geneva Convention and its 1907 predecessor, the Hague Regulations, do not envisage occupations lasting for 50 years. They category is for the short term, during and immediately after the war. In fact, one of the actions forbidden to the occupying power is to alter the status of the occupied population. It even should have had to maintain Palestinian judges appointed by Jordan and allow them to rule on the law in accordance with 1966 statutes. Israel has occupied the 4.2 million Palestinians in Palestine for so long that their 1967 statuses are completely unrecognizable.

So the hundreds of thousands of Israeli squatters on Palestinian land are engaged in an illegal act, an act which is aided and abetted by the Israeli government and by the government of the United States.

So, this is no longer a legal occupation. It has evolved into a permanent colonial Apartheid society, with the Palestinians left stateless and without basic human rights and ruled or besieged by the Israeli military. South African Blacks who lived under Apartheid and have visited the West Bank have in tones of horror pronounced the Israeli system much worse than Apartheid had been in white-ruled South Africa. It is an intolerable hell on earth with no end in sight.

If the Democratic Party can’t even just state that the Israeli squatter settlements are illegal, which is what the US signed on to when it ratified the Geneva Conventions, then it should change its name to the Colonial Party.

Cornel West: For Too Long, the Democratic Party Has Been Beholden to AIPAC [CC]