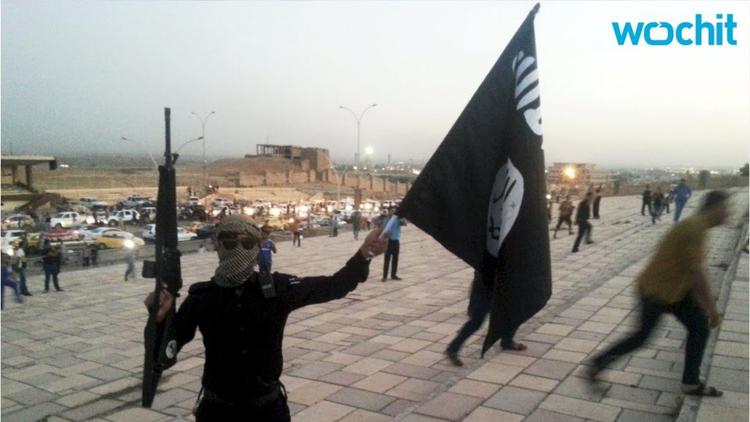 London (Informed Comment) – As Iraqi, Kurdish and Syrian forces squeeze its territory in the Arab world and Turkey hunts down the group’s support networks and sympathisers inside its territory, it can seem like the days of Islamic State (IS) are finally numbered after a two year reign of terror in the region.

However it is worth remembering then that the West and local actors have been here before, when the predecessor group to IS was standing on the brink of defeat in the late 2000s. Following the US withdrawal however, the chance to prevent its re-emergence by inviting the Iraqi Sunni community into the Iraqi political mainstream was missed and the Sunni jihadi group was allowed the opportunity to rebuild and remerge.

The past history of IS is a salutary reminder that after the group’s defeat this time around the devastated areas it has occupied in Syria and particularly Iraq will need to be rebuilt and re-engaged in the political process, if the violence is ever to end and these fragmented states to be rebuilt.

Ten years ago this summer the Jordanian national known as Abu Musab al-Zarqawi was killed by two US laser guided bombs when the safehouse he was attending a meeting at was targeted by the US occupation forces.

Between 2003-2006 the network of Sunni Islamic extremists Zarqawi had originally founded in Afghanistan became notorious across Iraq for its cruelty and extreme sectarianism towards non-Sunni Muslims. But the death of its leader did not stop the anti-occupation insurgency in Iraq nor put an end to the group he had founded, then called Al-Qaeda in Iraq (AQI).

AQI went on to merge with other Sunni militant groups in the country and subsequently renamed itself the Islamic State of Iraq (ISI), continuing a campaign of terror against Iraq’s Shi’a civilian population that helped to spark a sectarian war in Iraq.

However ISI went into a pronounced decline shortly after Zarqawi’s death under the impact of the much mythologized American ‘Surge’ which bribed former Sunni tribal allies to turn against the network and killed scores of top leaders and hundreds of its militants.

The events of 2006-8 showed how vulnerable the AQI/ISI organisation could be when concerted pressure was applied against it simultaneously from without and within the Iraqi Sunni community. However it was not the end of the road for Zarqawi’s old group quite yet; retreating to lick its wounds around Mosul, the group was gradually able to reconstitute itself as the speartip of Sunni opposition to the bigoted and dictatorial rule of former Iraqi strongman Nouri al-Maliki following the American withdrawal in 2011.

Here is the heart of the problem for Western leaders as IS falters today; though al-Maliki was deposed at the insistence of President Obama as the price of renewed American aid after the forces of IS swept up to the gates of Baghdad in 2014, both his governing chauvinistic Dawa Party and the corrupt patronage system bequeathed to Iraq by its American and British occupiers

This augurs badly for efforts at reconciliation after IS loses its twin capitals in Mosul and Raqqa because the bedrock of support for IS has always been within the Iraqi Sunni community.

While IS took advantage of the partial collapse of the Assad regime to expand into Syria, many Syrian jihadists subsequently defected to al-Qaeda’s local franchise Jabhat al-Nusra. Sunnis form the confessional majority inside Syria and while many feel marginalised by the present Alawite-dominated Assad regime, their numerical strength means the community is likely to gain political strength from any settlement at the end of Syria’s civil war.

The same cannot be said of Iraq’s once-dominant Sunnis, whose home areas have been devastated by repeated bouts of fighting and who have never regained the position they lost after the US/UK invasion in 2003. Too many Iraqi Shi’a do not trust the Sunni community and are determined to make sure it remains marginalised inside Iraqi politics.

This is a self-defeating proposition if western Iraq is neither to break away nor be the subject to massive sectarian cleansing as Baghdad was before the US Surge. It is noticeable armed opposition to Iraq’s new order escalated sharply after the failure of Sunnis to break back into the political life of Iraq in the 2010 elections and the brutal official response to subsequent protests.

In 2010 the Sunni community felt cheated when it backed the mixed community Iraqi National Movement bloc under Ayad Allawi which won a narrow plurality of seats in the Iraqi parliament, only to see the Iraqi courts promptly declare that incumbent al-Maliki had the first right to form a new government.

To form this new government Al-Maliki joined forces with hardline Shi’a cleric Muqtada al-Sadr’s Sadrist movement, whose militias had been behind much of the sectarian killings of Sunnis in Baghdad. Al-Maliki then began declaring the Iraqi National Movement supported the banned Baath party and arresting prominent Sunni politicians he accused of involvement in terrorism. Sunnis started to protest on the streets of major Iraqi cities, and when these were attacked by the security forces the protests became an armed revolt against Baghdad.

If history is not to repeat itself after the fall of IS then the door to real talks must be open to the Iraqi Sunni community. Many Sunnis would be interested in entering into a genuine political dialogue with the Iraqi central government around regional autonomy for the six Sunni Iraqi provinces, and perhaps funding for jobs, in exchange for the expulsion of any remnants of Sunni extremist groups. After all the confrontational strategy employed by these militant groups has cost Iraq’s Sunnis thousands of lives and practically destroyed important Sunni centres like Ramadi.

Following the dissolution of Islamic State’s so-called Caliphate, the movement will probably attempt to repeat the trick it pulled after the Surge and fade into the fabric of Iraq’s Sunni areas, only to return later to launch a terrorist campaign aimed at Shi’a civilian areas. The IS movement has proved adept at moving between conventional and guerrilla warfare whilst maintaining terrorist cells to strike abroad or at home if it needs to distract attention from a particular setback.

The international community should push the authorities in Baghdad hard at this point not to treat the Sunni provinces of Iraq as occupied territory and thus repeat the mistakes of the past ten years. That would just retroactively legitimise the harsh rule of IS in the areas it conquered when the objective should be to provide a better standard of government entirely after the group’s awful reign. Only reconciliation, autonomy and economic aid can now break the appeal of the political programme of extremist jihadi networks once and for all among Iraq’s Sunni youth.

Outsiders have long found it difficult to control events in Iraq’s fractious politics, and even the dominant Iraqi Shi’a community has split between nationalist and pro-Iranian groups with conflicting agendas. However the collapse of the Iraqi army in 2014 has demonstrated to Baghdad’s Shi’a leaders that they cannot control Sunni areas by force, and has reopened the door to American military influence. Furthermore whilst Shi’a ‘popular militias’ have proven good at taking back lost territory with heavy US and Iranian support they have been unable to prevent mass-casualty terrorist attacks while groups like IS operate from Sunni areas. Keeping soft targets in Shi’a areas safe will require Sunnis to cooperate in dismantling the terrorist cells that perpetuate the violence.

The point that Iraq’s civil war resumed with unprecedented ferocity after former Prime Minister Al-Maliki threw away the cobbled together settlement bequeathed to him by the US is one President Obama should remind his successors about now. Moreover whilst the US will work with the Iraqi army, Washington and the Shi’a militias try to avoid cooperating together publically. This is actually an advantage for American influence because while the Dawa Party, the main player in the ruling Shi’a coalition, controls the purse strings it lacks its own militia and must rely on the Iraqi army – a point in Washington’s favour.

The formation of the Iraqi National Movement proves that Iraqi Sunni and Shi’a political factions can work together inside Iraq’s political system, if only for reasons of self-interest. While the fight against IS is still ongoing is the time to seek out Iraqi Sunni leaders who might be willing to cooperate against the militants if it means keeping dubious Shi’a militias out of their areas. Washington should use the leverage its backing of the Iraqi army gives it with the ruling circles in Baghdad to push for Sunni forces to secure some Sunni areas as a small start to mutual reconciliation between the two communities in Iraq.

Wochit News: ” ISIS On The Decline”