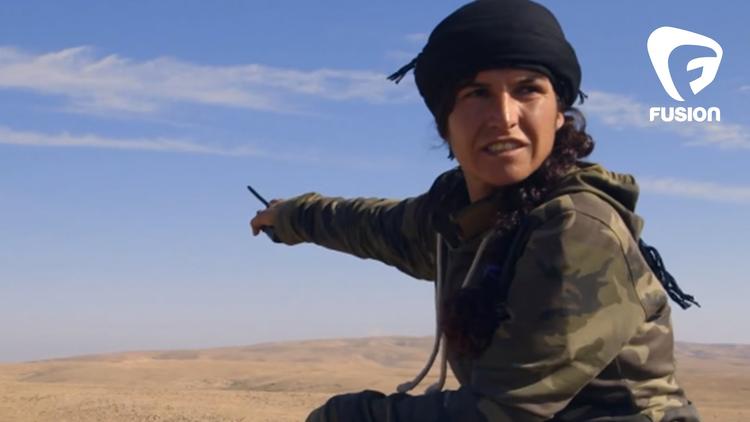 “You are among the most radical voices in today’s racist, sexist, capitalist world,” the YPJ wrote to Black Lives Matter.

Fighters from the Kurdish Women’s Defense Units or YPJ, have sent a message of solidarity to the Black Lives Matter movement in the United States.

“To our black sisters and brothers! The people of Kurdistan stand with you!” read the short statement posted Saturday by the group, who has been fighting the incursions of ISIS [Daesh] in northern Syria for close to two years. “Here are the women who fight ISIS in Rojava (northern Syria) – saluting your honorable struggle for freedom, dignity, and resistance!”

The call for Black Lives Matter has become a focal point for discussions around systemic racism and police brutality following the police killings of Michael Brown and Eric Garner in 2014, as well as numerous other incidents since. This past week, police killed Philando Castille and Alton Sterling – both incidents filmed and subsequently shared ober social media – touching off more protests across the United States.

For the women of the YPJ, solidarity and building “world revolution” against racism, sexism and capitalism, go hand in hand.

“As the women in Kurdistan know very well, we need to build our self-defense in all spheres of life. You are among the most radical voices in today’s racist, sexist, capitalist world and the freedom-loving peoples of the world deeply respect and salute your fight! Solidarity is the first step to world revolution!,” the statement continued.