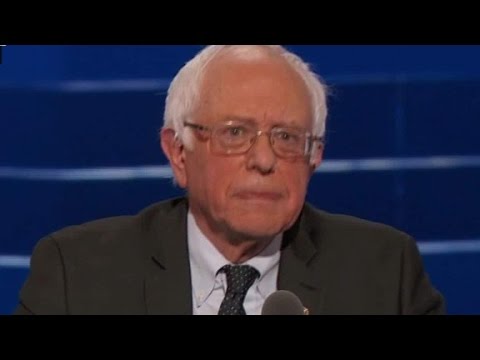 Progressives who had backed Bernie Sanders are understandably upset about the prospect of a Clinton presidency. Some put their hopes in the Democratic Party platform, where Bernie supporters won on issues like a $15 minimum wage. But party platforms don’t mean much in the end.

It is likely that if she wins the presidency, the most progressive thing Sec. Clinton will do will be to appoint a successor to Antonin Scalia who is substantially to his left (since the Neanderthals are extinct, it would be hard to find someone to his right). That appointment would shift the court from a 5-4 conservative majority to a 5-4 liberal majority. Most likely if the Republicans have not moved on President Obama’s nominee, Merrick Garland, by Nov. 4, Obama will withdraw the nomination so as to let Clinton have her own pick. If Trump takes the drubbing we expect, she could well have a Democratic senate and so could afford to appoint someone to Garland’s left.

Since Justice Clarence Thomas is making noises about retiring, we could end up with a 6-3 liberal court.

We haven’t seen anything like that since Tricky Dick Nixon appointed four justices and shifted the court to conservatism in the early 1970s. Before then, SCOTUS had challenged racial discrimination, struck down attempts by states to ban contraceptives, ruled in favor of women’s equality with men, and so on an so forth.

A more liberal court could well overturn Citizens United. Because of gerrymandering and corruption, the GOP may have a lock on a House majority, so getting rid of this ruling, which authorizes even more big money in politics, won’t be easy to do legislatively. But SCOTUS could just find a case that would allow it to repudiate Citizens United. 5-4 decisions are never a very strong precedent, and often get reversed over time. If the court goes 6-3 liberal and stays that way for a while, a lot of close decisions where Scalia dragged the court to the far right might start falling one after another.

A more liberal Supreme Court will likely reverse the rush of the Deep South to put in voter i.d. laws (the 21st century of the Latin tests they used to administer to prospective Black voters).

More affirmative action in university admissions policies may come to be allowed. This is important because a university education is a ticket to membership in the country’s elite and to higher lifetime earnings. Without a high powered education being available to minorities, we wouldn’t have gotten a Barack Obama as president.

Unconstitutional restrictions on a woman’s right to choose will be struck down.

Here are some Scalia-led rulings that could fall.

Things won’t change overnight, but we could be in for a return to a situation more like the 1950s and 1960s, when the Court was in the vanguard of some progressive change in the country, rather than a brake on progress.

For those Bernie Sanders supporters who can’t imagine a center-right Clinton presidency doing anything progressive, contemplating the potential changes on the Supreme Court could help salve the injury of loss.

CNN: “Bernie Sanders: Election is about the American people”