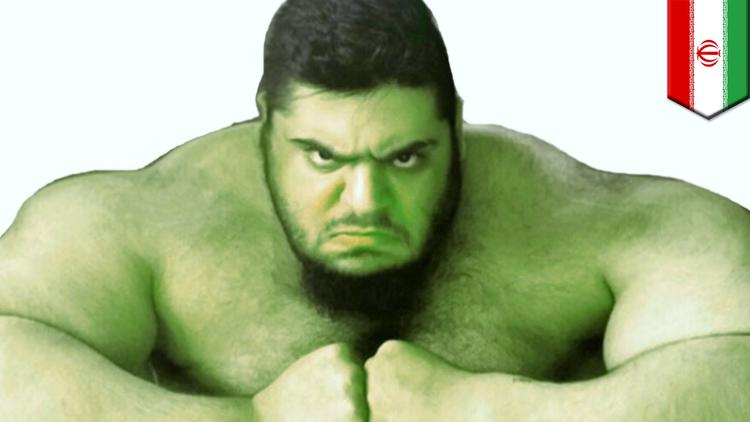 In late May, Iranian state and Islamic Revolutionary Guards Corps (IRGC) officials turned out in force at a state funeral in Ardebil Province.

Revolutionary Guard Hashem Dehghani-nia's was among the latest coffins to have returned from the battlegrounds of Syria, where a rising Iranian death toll testifies to Tehran's flinty determination to bolster regional ally President Bashar al-Assad.

Dehghani-nia, 28, was what official Iranian circles deem a "shrine defender," Iranians and Afghans who ostensibly travel to Syria as volunteers to defend Shi'ite Islam's holy sites.

Televised images of his funeral and those of other Iranian casualties of Syria's four-year conflict have shown masses of their countrymen marching in procession on main streets, truck-mounted loudspeakers trained on the huge crowds, and uniformed soldiers and plainclothes mourners weeping and throwing themselves on flag-draped caskets.

Dehghani-nia and hundreds of other Iranians killed in Syria are being hailed as "martyrs" who sacrificed their lives for Islam and their country. Their numbers have increased in recent months, and have included senior IRGC commanders.

The IRGC said last month that Dehghani-nia, "the first martyred shrine defender" from Iran's northwestern Ardebil Province, reached martyrdom "on the path for the defense of Islam."

"His name and his fame will remain forever in history," the IRGC said in a statement published by domestic news sites.

Dusting Off Cult Of Martyrdom

Such carefully orchestrated tributes are a sign of Iran's deepening involvement in Syria — where hundreds of thousands of Syrians have been killed and millions displaced, and a complicated web of interests threatens to recast regional alliances.

They are also reminiscent of the total war footing that enveloped Iran during the Iran-Iraq War of 1980-88, when hundreds of thousands of Iranians died in a devastating ground war against Saddam Hussein's forces from neighboring Iraq. The cult of martyrdom, a central component of Shi'ite Islam, was used by the Iranian authorities to inspire and encourage the troops in that war.

California-based Iranian-American historian Abbas Milani says that now Iran's "authorities are using martyrdom as a tool to justify the increasing number of deaths of [Iranian troops] in Syria in the face of questions by some people who, I believe, are asking why are these people killed there."

Hard-line media affiliated with the IRGC have hailed the Iranian dead in Syria as selfless individuals driven by religious conviction. IRGC commander Mohammad Ali Jafari and other officials have paid visits to their families to pay their respects, and many of those same relatives have appeared on state-controlled media to rejoice over the martyrdom of their loved ones and announce that other family members are ready to follow their path.

Video clips and songs have praised them, including one produced by a group allied with Iran's conservative volunteer militia, known as Basij House Of Music, with the participation of the son of a shrine defender.

A number of state-organized events have been held in past months in their honor, including a Shrine Defenders Film Festival.

In March, officials in a city outside Tehran said several streets would be named after "martyred shrine defenders" to keep their memories alive. Varamin Mayor Ali Heydarian made the announcement at a meeting with the family of one of the Syria dead, at which he praised those killed there for sacrificing their lives while standing for "the defense of Islam and revolutionary ideals."

Iran's highest authority, Ayatollah Khamenei, has saluted the new wave of martyrs' bravery and assured the public that God will remember their sacrifices. Speaking at a meeting in March with the families of Iran-based Afghans killed in Syria, he said that "martyrs who die on this path are privileged."

"In fact, your children have created a shield with their life to protect the holy shrines from these evil [forces]. Therefore, their status is very important," Khamenei explained.

Local media reported that a delegation led by Khamenei's local envoy told Dehghani-nia's family on June 3 that he and other fallen troops in Syria had a "special place in the Islamic society" because they're being martyred for Islam, holy Shi'ite figures, and for the defense of Iran.

The head of the Center for the Propagation and Preservation of the Values of the Sacred Defense in Ardebil has promised that Dehghani-nia's memoirs and biography will be issued by the end of the year.

Iran sent hundreds of thousands of young men to the front lines in the Iran-Iraq War with a promise that by dying for their country and Islam they would reach paradise and eternal peace.

The war was dubbed a "sacred defense," a battle against evil. The Syrian conflict has recently been described in similar terms by Iranian officials.

Khamenei has claimed that if shrine defenders had not fought the enemy in Syria and Iraq, Iranian forces would have to face them inside the country. "If they were not stopped, we would have to fight them in Kermanshah and Hamedan," he was quoted on his website as telling a meeting of families of the fighters killed in Syria and reportedly in Iraq.

Fighting IS — Or Helping Assad?

Tehran has been among the Syrian leadership's most assiduous allies since Iran's 1979 Islamic Revolution, despite the secular and socialist roots of the Ba'athist ideology that was first forged in Syria and ultimately brought Assad's father to power there in 1970.

Assad's government has "become increasingly dependent on Iran for military and financial support since the outbreak of Syria's civil war" in 2011, according to the U.S. Institute of Peace.

In addition to helping Russia prop up Assad's regime in Syria, Shi'ite-dominated Iran's sights are trained on combating the radical Sunni militant group Islamic State (IS), which has ruthlessly sought to massacre Shi'a as it carves out swaths of Syrian and Iraqi territory for a self-described "caliphate."

Nima Mina, who teaches Iranian studies at the University of London's School of Oriental and African Studies, tells RFE/RL the Iranian establishment benefits from "fear-mongering" over the threat posed by IS.

"The [IRGC] seem to use the propaganda about their fallen members to repair the damage their public image has suffered after decades of functioning as a key instrument of the regime's repressive apparatus, most recently following the events that followed the presidential elections of 2009," Mina says.

Waves of protest after the 2009 election were crushed in the streets and through mass arrests and televised trials of some of the Iranian regime's toughest domestic critics.

Mina says that Iran's intervention in Syria is being promoted as a "national project" that serves the interest of the entire nation.

He adds that the conflation of Iranians' and Assad's perceived interests is used to silence any criticism or questioning of Tehran's support for Assad, who with increasing support from Iran, Lebanon's Hizballah, and Russia has managed to remain in power despite Western calls for his exit and support for his opponents.

A Tehran-based analyst who requested anonymity suggests Iranian state propaganda surrounding the country's involvement in Syria appears to be working. "Many people do believe that Iranian troops are fighting the Islamic State, which is hated by everyone," the analyst says. "There's little mention of Assad's crimes and the role Iran is playing to keep him in power."