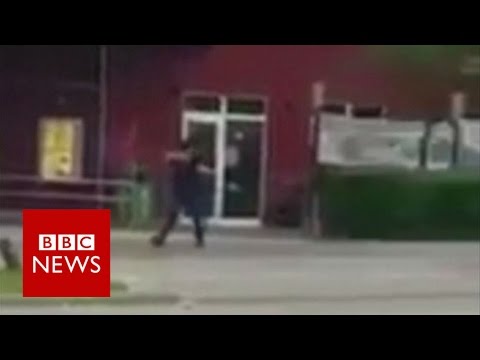 The shooter at a Munich mall last week who killed 9 and left 27 wounded was an admirer of far right wing Norwegian mass murderer Anders Breivik, and appears to have hated Muslims.

Although David Sonboly was of Iranian heritage, he does not seem to have been a Muslim and appears to have felt no connection to that community.

Iranians are mostly Shiite Muslims who are often victimized by ISIL, so it wasn’t ever very likely that his rampage was inspired by that organization.

The current insistence by politicians and journalists on treating anyone with a drop of Middle Eastern blood as a “Muslim” is frankly racist. After all, millions of people of Christian heritage would now insist that they are not Christians. Why can’t people from Muslim families convert to other things, too? Sonboly appears to have considered himself a Christian or at least a Westerner.

As with many mass killers, the 18-year-old likely had mental problems. But to the extent that he was driven by ideology, it was the that of the Islamophobia Network. Sonboly was part of a far-right anti-Muslim tendency that now haunts Europe .

As many attacks in Europe are carried out by the white far right as by Muslims.

The ambiguities of identity were on display in this case, since Sonboly shouted “I am German!” at the Turkish-Germans he targeted, whom he called ‘Fucking Turks.’ He seems to have blamed practicing Muslims for creating the conditions of prejudice toward people who looked like him in Germany.

But many Germans of Turkish heritage belong to the minority Alevi community and tend to be unreligious in Germany. One of his victims was Greek but had a Muslim name– likely therefore to have been from Greece’s Albanian minority. That young man threw himself in the line of fire to protect his sister.

As it becomes clear that the Munich shooting was not ISIL but rather Western Far Right in inspiration, the case will likely quickly fade and no longer be mentioned on the floor of Congress or in the pages of our elite newspapers. They have another master narrative, and David is just too uncategorizable for it.