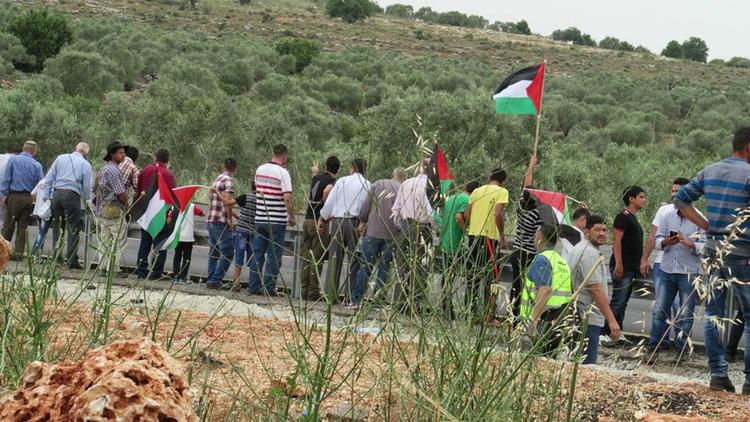 Israeli soldiers, on Wednesday, uprooted olive trees in the village of Deir Istiya, Salfit governorate, under the pretext of opening a road designated for the sole use of people residing in illegal West Bank settlements.

He noted that town officials had contacted the Palestinian military liaison with Israel and informed them of this development.

According to the International Solidarity Movement (ISM), “The destruction of farmland, which is illegal under international law, is just one form of oppression that the Palestinian farmers are facing.”

According to the OCHA monthly report for June 2016, “The allocation of public land to settlements and the takeover of private land by settler groups have reduced the space available for Palestinians to sustain their livelihoods in an increasingly fragmented West Bank and have impacted on a range of human rights.”

“Combined with the unlawful and discriminatory zoning and planning policy applied in Area C and in East Jerusalem, these settlement-related phenomena have undermined the living conditions of Palestinians and rendered them increasingly vulnerable, including to the risk of individual or mass forcible transfer.”

The report stated, “The creation of new facts on the ground through demolitions and settlement building raises questions about whether Israel’s ultimate goal is, in fact, to drive Palestinians out of certain parts of the West Bank, thereby undermining any prospect of transition to a viable Palestinian state.”