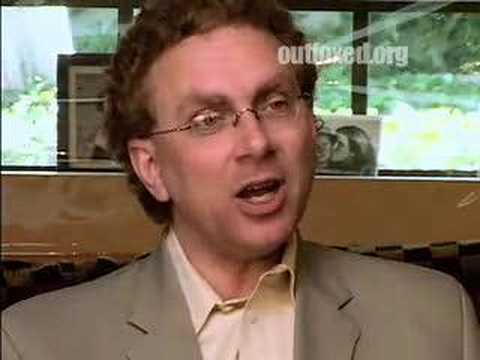 Roger Ailes’ 20-year reign as the chairman of Fox News ended this week, the result of a sexual harassment scandal.

He will be remembered by journalism ethicists as the poster boy for conflict of interest. But of Ailes’ many departures from journalistic norms of impartiality, the most egregious was his hiring of a cousin of presidential candidate George W. Bush during the 2000 election.

We talk a lot about conflict of interest in my journalism ethics class: why travel writers shouldn’t accept free trips to Disney World. Why food critics shouldn’t write about their sister-in-law’s restaurant. Why no journalists should actively support or work against any causes or organizations that they may be called upon to write about.

And, especially, why no news executives should assign stories that promote their allies or attack their enemies.

The prohibitions are grounded in the belief in the importance of journalistic independence – the belief that journalists’ first allegiance should be to the public they serve.

It gets complicated, of course. If everyone who has an opinion about abortion rights is disqualified from covering a march for or against abortion rights, there would be no news of such protests. If, as is increasingly the case, the news organization is owned by a corporation that also owns a movie studio, how should the news organization handle a new release by the studio?

Classic cases help us see how such conflicts play out in the real world: the political reporter who was having an affair with the mayor, the news anchor who spoke at a Democratic Party fundraiser and the business reporter whose coverage of a company he owned stock in caused that stock to rise.

Then there’s Fox News, which is in a whole different category.

From one perspective, a conservative-leaning TV news source was needed as a counterweight to all the liberal-leaning sources. From another, the arrival of Fox was part of a two-pronged right-wing strategy: First, relentlessly discredit what were actually more or less impartial news sources as having a liberal bias. Then, offer your own news shows as the “fair and balanced” alternative.

The giveaway was Rupert Murdoch’s 1996 appointment of Roger Ailes, a former adviser to the Nixon, Reagan and George H.W. Bush campaigns, to build the operation. Where individual journalists or newsroom executives might have a conflict of interest covering particular stories or issues, Ailes brought a political agenda to an entire news organization. The master propagandist became a master news producer, enjoying 20 years of powerhouse ratings.

But Ailes’ signature moment was bringing John Ellis on board to analyze the data provided by the Voter News Service on Election Night 2000.

One thing is known: Ellis was on the phone with the Republican nominee and his brother Jeb throughout the evening, and it was Ellis’ declaration that his kinsman was the winner that influenced all the projections that followed.

Before the gig at Fox, in a column he wrote for the Boston Globe, Ellis recused himself from coverage of the election, acknowledging that his first loyalty was to his cousin.

“Dwell on this for a moment,” Tim Dickinson wrote in a 2011 Rolling Stone article. “A ‘news’ network controlled by a GOP operative who had spent decades shaping just such political narratives – including those that helped elect the candidate’s father – declared George W. Bush the victor based on the analysis of a man who had proclaimed himself loyal to Bush over the facts.”

A clip from the documentary ‘Outfoxed’ details how Fox News erroneously called the 2000 election for Bush – and the other networks fell in line.

Once Bush took office, Dickinson wrote, Ailes frequently served as an informal adviser to the president. And when Obama succeeded Bush, Fox News reverted to attack mode, raising doubts about his citizenship and his religious affiliation.

With Ailes at the controls, Fox News has been fair and balanced only if you believe that all other news coverage is so biased that an entire network is needed to counteract it. In other words, in the face of the supposed liberal slant at the other networks, Fox needed to be unfair and unbalanced.

Instead, Ailes has reigned in an era of unprecedented political partisanship. Other networks tried to mimic Fox News’ success; the result has been a proliferation of partisan outlets that have only further polarized viewers, while the public’s trust in the media is at a historic low.

Give Ailes credit. His experiment with overtly partisan news-like programming has been wildly successful for Fox’s bottom line. But his tenure – epitomized by his appointment of John Ellis – has grievously harmed journalism.