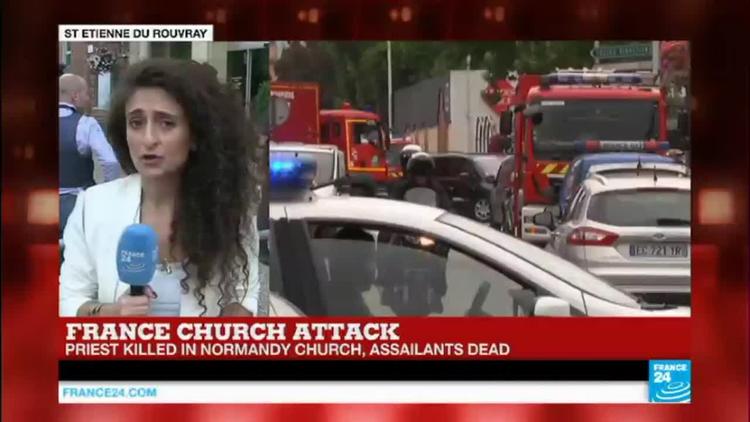 Le Monde is reporting that a number of French newspapers and television channels have decided to cease printing the pictures, and sometimes even the names, of those who commit terrorist acts. Le Monde itself is adopting the same policy.

France and Belgium have seen a number of nihilist attacks in the past year and a half, which has pushed the government to institute and extend a state of emergency that seriously infringes on basic human rights. (I call these attacks nihilist rather than terrorist because they hit soft targets without an obvious immediate political goal, and are often carried out by petty criminals or the unbalanced, who nevertheless claim a relationship to Daesh (ISIL, ISIS).

The editors at these news outlets have become convinced that Daesh is successfully “heroizing” the attackers, and that Western news coverage is shared back in Syria and Iraq as well as among Europe’s Muslim community as a way of glorifying the perpetrators. Denying them that glory then becomes a form of counter-terrorism.

Not everyone agrees with this tack.

France Télévisions has rejected the idea of suppressing the identities and photos of the nihilists. Michael Field, director of the channel’s public relations department, condemned the new policies at other press organs as a form of posturing and insisted that anonymizing the attacks would backfire. “Anonymous attacks, without names or faces? Nothing could better activate roving conspiracy theories or promote social anxiety, which already suspects the media of not saying everything or of wanting to silence the truth.”

Wassim Nasr, who has covered militant Muslims for France24, agreed that hiding the photos and the identities of the perpetrators would open the door to more conspiracy theories. He also thinks they do it for the organization, not for the personal glory, so it doesn’t matter much if they make the newspapers or not.

Hervé Béroud, of BFM-TV, says he has heard this critique but thinks there are other reasons to implement the policy. “I don’t think that declining to publish photos of jihadis will prevent them from acting. That would be too simple. Our choice is directed at our viewership.”

Personally, I’m all for the new policy. I’d also put the reports on page 17 and stop making them automatic headlines.

47 people were shot in Chicago last weekend without generating headlines elsewhere in the country.

We are privileging certain kinds of violence and magnifying it through the press and social media. If the terrorism were political, aimed at accomplishing a specific political task, it might warrant being closing monitored by everyone this way. But someone who is unbalanced who shoots into a mall crowd– that’s virtually random. It is a tragedy but it doesn’t mean anything. Why put that on the front page?

But my advice to the press is to go further. Devote Thursdays, e.g., to having some feel-good stories about Muslim contributions to society. Daesh is trying to destroy the grey zone, to drive Western Muslims into its own arms by arranging for white people of Christian heritage to be beastly to them. Hence my mantra: Daesh attacks because they want us to be afraid and to hate. The only effective counter-strategy is to refuse to be afraid and instead to show love to some Muslims.

The press can usefully avoid showing the negative images or obsessing about these acts of nihilism. Or it could do something