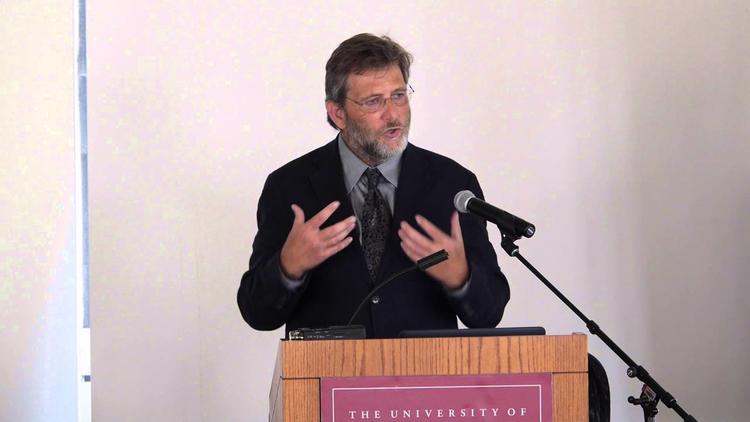 Pew Research has released a report saying that

But is there another way to look at this data? Is it really all about religion?

Pew does excellent polling and I’ve used their work a great deal, e.g. in my Engaging the Muslim World . And the good thing about their polling is that they are very up front about their assumptions and methodology.

This is what they mean by “religion”:

“For the purposes of this study, religion-related terrorism includes acts carried out by subnational groups that use religion as a justification or motivation for their actions.”

So a “subnational” group might well be driven primarily by nationalism, but if its members commit terrorism that is “religion-related,” then it gets counted under the sign of religion.

Social scientists talk about people having “markers” of identity. Language and religion can be such markers, as can constructions like “race.”

In the context of Protestant Britain, Irish immigrants in the 18th century were coded as Catholics or “papists.” Where there were mob attacks on them, however, it would be difficult to prove that the fine points of theology were always the main drivers of the violence. Some of it was social class, some of it was “race.”

So it isn’t easy to disentangle religious motivations from nationalist ones.

“Religion-related terrorism also includes terrorist acts carried out by individuals or groups with a nonreligious identity that deliberately target religious groups or individuals, such as clergy. ”

So what Pew is really measuring is not religious fanaticism at all, but the prevalence of symbolic targets that are religious in nature.

So if two secular groups fought and a religious symbol was harmed, the incident in this study would be classified as religious violence.

In social science, you have wide latitude in making your definitions, as long as you clarify your terms to begin with.

My guess is that the Middle East is unusually religiously pluralistic, and this is especially true of the Levant to the Gulf. Whereas Poland is almost entirely Catholic, Iraq is 60 percent Shiite and 37 percent Sunni (counting Arabs and Kurds).

There are also relatively high rates of religious belief in the region. If you wanted to hurt a member of another ethnicity, you’d know that striking their religious edifices or clergy, etc., would hit them hard. Thus, al-Qaeda’s destruction of the Shiite Golden Dome shrine of the eleventh Imam in Samarra in 2006 set off an Iraqi civil war. You couldn’t hurt the feelings of very many French by taking a sledge hammer to a gargoyle.

A lot of the violence that gets coded in the US press as religious is actually about nationalism. This principle holds especially true in Palestine-Israel.

But take Syria. Some observers suggest that the Lebanese militia, Hizbullah, which is Shiite, intervened in Syria to help the Alawites, also Shiites. But they don’t belong to the same branch of Shiism. Most Lebanese Shiites belong to the orthodox Twelver school, with mosques, collective Friday prayers, clergymen, etc. Alawites are heterodox– lacking mosques and having wise men rather than seminary-trained clergymen. Most Sunni and Shiite Muslims don’t consider the Alawites to be Muslims. Moreover, many Syrian Alawites are members of the Baath Party, which is highly secular and socialist. So Hizbullah did not come into Syria for reasons of religious sympathy. They came in because the Baath, secular government of Syria is a vital supply route for Hizbullah.

So if a Sunni mosque was shelled by Baath Party members because even relatively secular Sunni opposition groups were hiding behind it, Pew would count that as religious violence in this study.

That outcome is legitimate, since they defined their terms to begin with. But as consumers of such studies, we should be careful about how we use the findings. They aren’t saying what we might at first assume they are. In polls as in consumer purchases, always read the fine print.