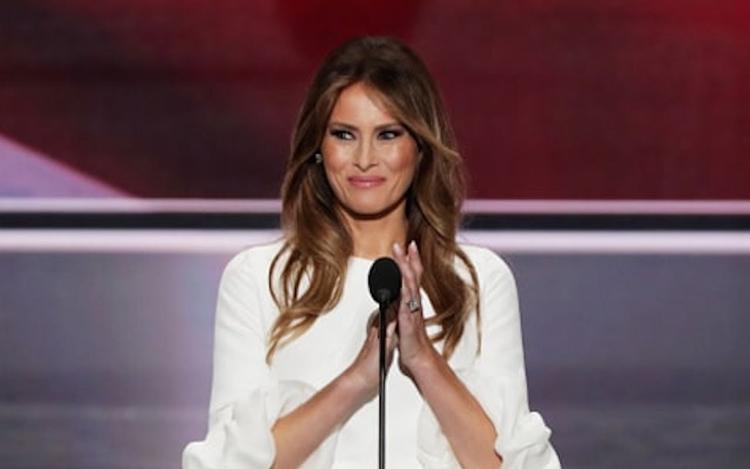 The scandal over Melania Trump’s stealing Michelle Obama’s lines for her convention speech should make us recall the ways in which GOP strategists have on many occasions stolen a Democratic line but put it to the opposite purpose.

But first, it is worth noting that the lines Mrs. Trump took over from Michelle included a plea that people be respected. Her husband has disrespected more people in the past year than I think any presidential candidate in history has.

Here are some instances of sticky fingers or the even more insidious ‘sticky reverse fingers’. The Republican party is forced to behave this way because it primarily represents the rich, not a very attractive program.

1. Teddy Roosevelt took over from the democrats a critique of big corporations, then called ‘trusts,’ and used it to make himself popular.

2. Woodrow Wilson issued his famous 14 points on the right of people to self-determination and democracy after World War I. George W. Bush took up the line about other countries’ right to democracy, but used it as a pretext to invade and occupy Iraq. I don’t think he understood that ‘self-determination’ bit very well.

3. In his 1970 State of the Union address, Republican President Richard M. Nixon shocked Democrats in the Senate by lifting their party’s talking points on several issues almost verbatim. The Democrats had put forward ideas on fighting crime. Nixon stole them. The Democrats had sounded the alarm about the environment. Nixon took over their rhetoric. But Democratic politicians pointed out that Nixon only wanted the facade of the Democratic proposals, constructing a sort of rhetorical Potemkin Village. He would not actually ask Congress for enough money effectively to implement these proposals, and where Congress anyway appropriated the money, he refused to spend it. So he only talked about fighting pollution, taking over a Democratic issue for himself, but did not actually do as much about it as he could have. Nixon gave us Earth Day, but the air and water could have gotten a lot cleaner than he made them.

4. When Mitt Romney was governor of Massachusetts, he signed the 2006 health care law that had been in part inspired by the demand of Democratic Party activists that the number of people without health care be reduced.. But Romney went on to disavow the very similar Obamacare in the 2012 elections, and to pledge to repeal it. You get the sense some politicians only want a program if they can take full credit for it; it isn’t about the lives saved.