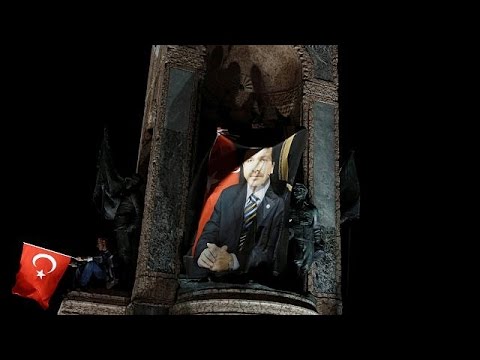 Erdogan’s political purge following the failed coup keeps on going, with the net ever widening.

Turkey is shutting down over 100 media outlets and is purging over 1,000 military personnel, it was announced Wednesday as President Tayyip Erdogan’s government continues to tighten its grip on power after a failed military coup on July 15.

In all, 131 media outlets have been shut down including television stations, newspapers and magazines. Earlier this week, the government began detaining journalists, with around 90 reporters ordered to be detained.

Nearly 50 journalists from the opposition Zaman newspaper have been issued detention orders. Zaman was shut down in March for its alleged links to the Gulenist movement, which the Erdogan administration is blaming for the attempted coup.

The military has so far dishonorably discharged 1,684 of its personnel for their alleged role in the failed coup, a government official said, according to CNN Turk. Of those discharged, 149 were either generals or admirals. Al Jazeera Turk reported that Erdogan also aims to shut down all of Turkey’s military schools.

Erdogan last week ordered the shutdown of thousands of institutions, including schools, universities and trade unions. A presidential decree ordered a state of emergency following the failed coup.

Under the state of emergency, people can be detained for up to one month without charge, which has raised concerns among human rights groups. Many are saying that Erdogan is going too far in his quest to purge the country of anti-government elements.

“The wholesale and arbitrary nature of the attacks on the Turkish media in the past week seems to reflect a desire to exact revenge and bring them into line. It is time the authorities put a stop to this,” said Reporters Without Borders.

The Turkish Interior Minister Efkana Ala has said that more than 15,000 people have been detained since the failed coup, with 8,113 people formally arrested and awaiting trial. The attempted coup left at least 265 dead and around 2,000 injured.