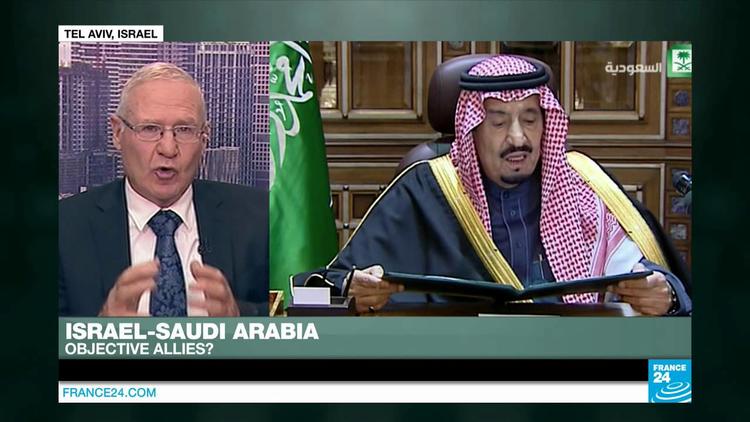 The Egyptian news site the Arab Observer Network reports that the visit to Israel of a former Saudi military intelligence officer, Gen. Anwar Eshki, came as a body blow to the Arab in the street. He conducted several meetings with Israeli officials last week, along with a “high level” Saudi delegation.

Saudi Arabia and Israel, the old hegemons in the Middle East, are increasingly coordinating to confront a rising Iran.

Eshki met with Dore Gold, the general director of the Israeli foreign ministry, as well as Israeli members of parliament. On his agenda was restarting the Israel-Palestine peace process on the basis of the 2002 Saudi/ Arab League plan, which calls for a two-state solution on the basis of 1967 borders.

Eshki now heads the Saudi Institute for Strategic Studies, but had held a number of jobs in the Saudi military, retiring as a general, as well as having served in the Saudi ministry of foreign affairs.

The Iranian press lambasted the visit,

The Lebanese newspaper “al-Akhbar” (The News) said that Saudi Arabia now appears ready to move to open relations with Israel, and to recognize Israel as an ally, without those moves any longer requiring Israel to make any concessions to the Palestinians.

The left-leaning newspaper al-Safir (The Ambassador) said that the lack of any Saudi government reprimand of Eshki suggests that the visit was approved by Riyadh.

The Popular Front for the Liberation of Palestine accused the Saudis of normalizing the Israeli occupation and of giving cover and legitimacy to Israel’s crimes in the West Bank and Gaza.

The current leadership of Saudi Arabia has taken a number of bold steps to confront a rising Iran, including intervention in Syria on the side of radical Salafi groups and making war on the Houthi rebels in Yemen. Now Riyadh seems poised publicly to embrace Israel. Given the unpopularity of Israel in the Arab street, however, this step could backfire.