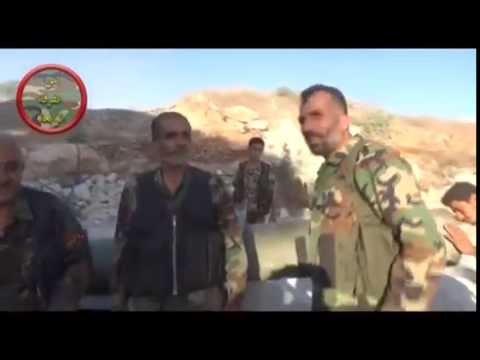 Even as the Syrian army defeated a counter-offensive by al-Qaeda in Syria and its battlefield allies at Aleppo, French President Francois Hollande warned that al-Qaeda should not be allowed to replace the declining Daesh (ISIL, ISIS) in Syria.

On Saturday and Sunday, al-Qaeda (the Nusra Front) led the fundamentalist Faylaq al-Sham and other rebel groups in an attack on the Syrian troops who have closed the last road into East Aleppo. They apparently did not believe that the Syrian Arab Army had actually come to control Castellano Road into East Aleppo, and so tried to put a military convoy down it. Syrian artillery made mincemeat of the rebel vehicles and inflicted heavy casualties on the militiamen.

The rebels called their ill-fated attack “Operation breaking the Siege.” They were, however, repulsed and suffered nearly 30 casualties.

At the same time, President Hollande of France called on the US and Russia to do more to combat al-Qaeda in Syria or the Nusra Front. He said, “There is a retreat of Daesh, which is uncontestable.” But, he added, it was necessary “that we also forestall other groups from strengthening as Daesh weakens.”

Hollande fears that as Daesh is rolled up in al-Raqqa and Deir al-Zor, al-Qaeda will step in to take that territory. France has suffered several major acts of terrorism by radicals with links both to al-Qaeda and Daesh.

It should be clarified that Hollande directed his appeal primarily to the US, which is covertly supporting the de facto allies of al-Qaeda. This CIA policy, which apparently even the US Pentagon views as crazy, is at odds with French security needs, Hollande was saying.

In contrast, Russia has been singing Hollande’s tune since it intervened in Syria last fall. Its air strikes have far more often targeted al-Qaeda than Daesh in Syria. It is the Americans whom Hollande needs to convince. And, I think it is a very dark dystopian vision that Hollande is conveying, whereby the CIA is so eager to overthrow al-Assad that it inadvertently allows al-Qaeda to take over Syria.