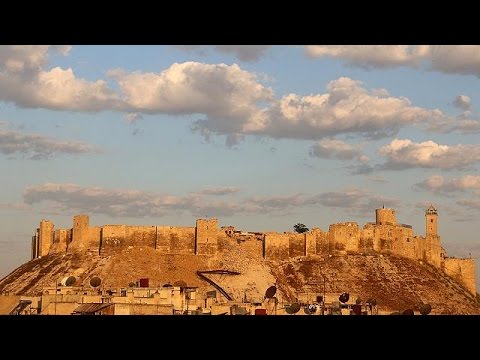 The relatively even-handed Arabic newspaper Oman reports that the Syrian Democratic Forces (a mixed Kurdish and Arab group) advanced further into the city of Manbij on Wednesday. Manbij is a major outpost for Daesh (ISIS, ISIL) in northern Syria, and the likelihood is that the Syrian Democratic Forces will take it entirely in coming days with US air support. On Wednesday, some 28 Daesh fighters were killed. Manbij is a major supply route for men and materiel entering Syria from Turkey. Cutting it off will hurt Daesh’s ability to resupply its capital, al-Raqqah. The SDF is a majority Kurdish organization with some Arab tribesmen, but the latter have been put in the forefront in taking the the Sunni Arab center of Manbij. When Manbij falls, the Daesh fighters will be increasingly cut off, and you could start to see defections.

At the same time, Secretary of State John Kerry is in Moscow hoping to increase US and Russian military cooperation in Syria. Kerry is offering to share information on the rebels if in turn Moscow will agree to focus solely on Daesh and al-Qaeda in Syria (the Nusra Front), leaving the remnants of the Free Syrian Army in control of their pockets of the country in preparation for a permanent ceasefire and ultimately new elections.

Meanwhile, the Syrian Arab Army again successfully resisted attacks on it by fundamentalist rebels at the Malah Farms area north of Aleppo. The SAA holds territory near the Castello Road, by which supplies used to come into besieged East Aleppo. The road is now effectively cut off.

The UN says it has enough food for East Aleppo to last its some 200,000 residents for about a month, after which they are at risk for starving to death. The rebels holding East Aleppo are fundamentalists but are not Daesh, and al-Qaeda/ the Nusra Front is weak there. These are mainly Muslim Brotherhood types. They have been sending mortar fire on ritzy West Aleppo, where many students go to university and life for the two million residents is as normal as it can be under the circumstances.

Some 600,000 civilians are under military siege in Syria.

If Aleppo falls entirely back into regime hands, the rebels seem doomed.

And that’s the way it is in Syria today, folks.