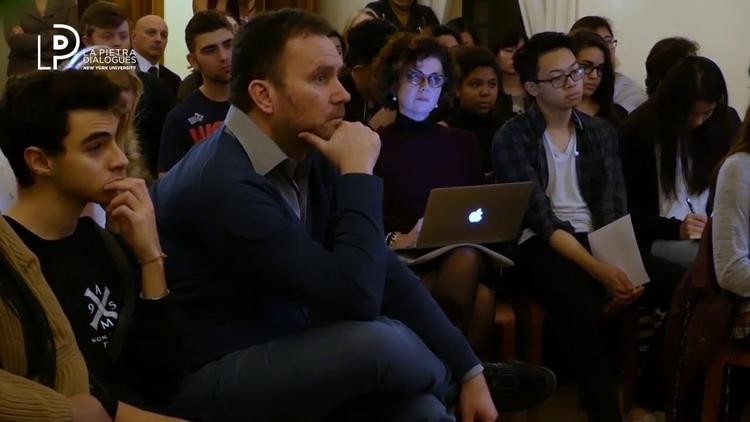 The ax attack on a train in Würzburg, Germany, sparked the latest controversy on lone wolf radicalization in the West. Recently, just days before the attack in Nice, two prominent French academics on terrorism, Olivier Roy and Gilles Kepel, were covered in the New York Times story—not for quoting their opinions but featuring their offensive slurs to each other. For Roy, Kepel’s claim that we face emergence of third generation jihadism is baseless. The problem, instead, is the Islamization of radicalism—-referring to alienated petty criminals’ allure to violence in an Islamic discourse—which seems to be a powerful explanation of the Nice truck driver who truly had a secular lifestyle. Kepel, on the other hand, finds Roy’s explanation too simplistic. He argues that failure of Western integration policies and increasing frustration among Muslim youth are main driving the factors.

The two perspectives, indeed, are not mutually exclusive. Some 120 years ago, yet another French thinker, Emile Durkheim, coined the term “anomie” to refer the breakdown of social bonds between an individual and the larger society, claiming that being “lost” and alienated in modern urban context lead suicidal acts. But Durkheim was just too busy with modern urbanization problems and did not explore his theory’s implications in a postmodern condition in a fast globalized world. Durkheim believed that someone could take steps toward “altruistic suicide”—the term he would use for suicide attacks—only if there is too strong social bond that destroy individual’s own autonomy.

Postmodern condition proved Durkheim wrong. Feelings of alienation and search for identity have become increasingly relevant under the forces of rapid globalization. Fractured social bonds have triggered a plethora of insecurities—economic, psychic, theological, and ethno-familial. Postmodern motto “anything goes” has found its symbiotic reactionary twin that calls for re-assertion of ethnic, religious, local, and tribal identities. Searching for a belonging, however, did not eradicate one’s individual autonomy because postmodern condition allowed individuals experiencing global complex— in the case of Orlando shooter, being a frequent to a gay club and pledging the cause of ISIS simultaneously.

What is peculiar about globalization and feelings of insecurity? Is it sheer coincidence to witness global rise of populism and autocrats as well as global revival of identity havens and religion? Conventional wisdom may suggest that autocrats fuel mass grievances, and thus, led to reactionary violence. What if, however, a third factor is at play, shaping both populist tendencies that support autocrats—or far right politicians in the West—and fringe impulses that nurture violent extremism. That, I believe, is globalization-insecurity complex.

Thomas Piketty brilliantly articulated the new slavery under neo-liberalism. Distribution of wealth in the Middle East and North Africa is strikingly troubling, “the most unequal on the planet,” writes Piketty—despite the fact that the region has abundant natural resources. Almost a third of the population is aged between 15 and 29—representing over 108 million, the largest number of young people to transition to adulthood in the region’s history. Unemployment rate is skyrocketing under urbanization that generates more slums. Having a grim future, economic deprivation, and constant conflicts, the region is sitting on a powder keg for extremism.

Hard economic conditions, however, need to be translated into a religious discourse in a meaningful way. Enter radical entrepreneurs. What distinguish ordinary Muslims from radicals are interpretations of such hard economic realities, which has complex roots and evolution. For moderates, there is no intentional oppression that target Muslims exclusively. Yet, when right wing populist European politicians, for example, present headscarves as a national security issue, the radical narrative gains prominence: Muslims are under attack and a self-defense is religious obligation as well as a survival strategy. That’s where hard economic factors in Piketty’s analysis meet with increasingly populist Western political culture, which is also fed by global insecurities.

Muslim radicalization, in this sense, is a phenomenon of “Islamization of radicalism.” Islamism has filled the vacuum of the social space that left by socialism and anarchism in the 20th century. A search for belonging and identity is especially rewarding for youngsters suffering under the forces of alienation, exclusion, and discrimination. Religious zeal in a nationalist tone, whether from Arab Marxism to populist Islamism or from secular Zionist movement to religious nationalism in Israel, invites us to rethink the future of identity politics among millennials. Growing psychological insecurity is less about ancient hatred, but rather it is where global and local negotiate. Psycho-analytic analysis of Frantz Fanon—who praised violence as repair for stigmatized self—remains relevant as long as violence will be sanctioned by a legitimate authority—perhaps by a Sheikh Fanon instead of an African communist Fanon.

No theological school other than Islamic Puritanism would better fit to a psychology of a millennial. Millennial values of self-dignity and self-made authority may be seen reincarnation of what Samuel Huntington calls “anti-power ethic” that radically questions moral religious authority. Thus, global mobilization of Salafism cannot solely be attributed to the translations of Qurans distributed by the Saudi elite. Millennial youth rejects their parents’ immigrant psychology that prioritizes economic well-being over an identity search. Not only those unemployed in a ghetto but also the rich who seek a commanding belonging are now vulnerable to the radical message. They all feel “lost”—but not in Durkheimian sense, rather in a postmodern wild.