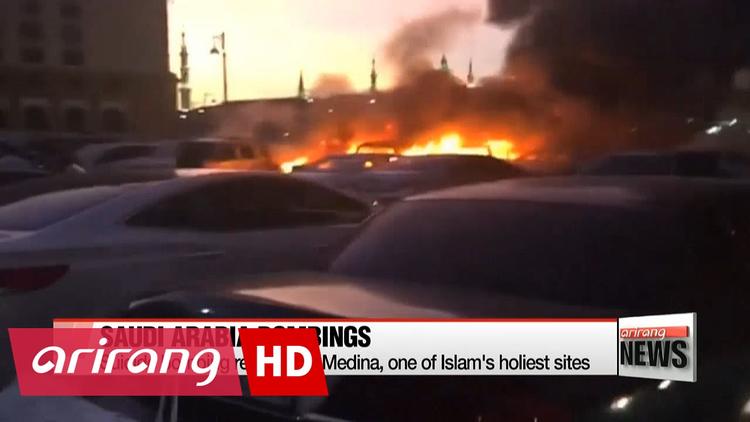 Saudi Arabia was rocked yesterday by three terrorist attacks, presumably the work of Daesh (ISIL, ISIS). The attacks were carefully distributed and aimed at delegitimizing the Saudi monarchy, which glories in the title “Servant of the Two Holy Shrines.” The first shrine is Mecca, the birthplace of the Prophet Muhammad and the site of pilgrimage for millions of Muslims from all around the globe every year. The second is Medina, the city where the Prophet died and was buried. For most Muslims, visiting his tomb is a powerful spiritual event. 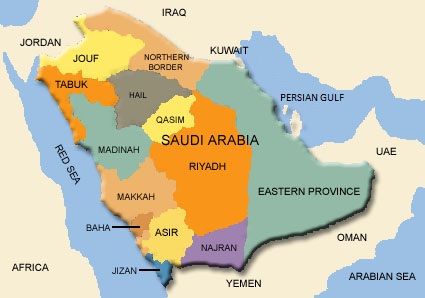 One of the terrorist attacks targeted the prayer ceremony after the breaking of the fast at the mosque-shrine in Medina. The man wearing a suicide bomb belt was stopped on an empty lot being used for parking and detonated his payload, killing four Saudi security men and wounding several others.

The bombing likely attempted to underscore that King Salman and Crown Prince Muhammad Bin Nayef are not actually very good servants of the two holy shrines, being unable to protect them. It is not completely impossible that the Daesh thinks visiting the tomb of the Prophet is a form of idolatry and that the pilgrims should be punished. Some Daesh extremists may go so far as to want to destroy the Kaaba, the cube-shaped shrine in Mecca around which pilgrims circumambulate, seeing even it as idolatrous.

Prince Faisal Bin Salman, the governor of Medina province, riposted that the terrorist attack on Medina was a criminal act that killed innocent souls whose killing God had forbidden, in the purest of places and in the holy month of Ramadan. He said that such wicked acts only serve the enemies of Islam.

Medina lies in the western Hejaz province, which is largely Sunni and Sufi rather than, as with Najd, Wahhabi. Wahhabi Islam is a small minority of the worldwide Muslim community and mainly exists in Saudi Arabia, where it comprises about 40% of the country’s population. It is hyper-puritan and believes in morality police and a literal approach to Islamic law. The royal family belongs to this sect, and its clerics help dictate religious policy throughout the kingdom. The Sunni Islam of the Hejaz is far more tolerant and flexible. Any attack in the Hejaz likely aims at sowing division between its Sunnis and the Wahhabis of the center of the country.

(The Wahhabi branch of Islam was founded by Muhammad ibn Abd al-Wahhab in the middle of the 18th century. While it is rigid and puritanical and often intolerant as a tradition, not all Wahhabis are themselves of the same description. The charge sometimes made that Daesh or ISIL is just a form of Wahhabism is incorrect; Daesh is to Wahhabism what David Koreish at Waco was to Protestantism– a violent cult.)

Another attack was launched in the western port city of Jedda, near the US consulate, which may have been the target. But again, the suicide bomber was stopped by suspicious security near a hospital, and he blew himself up, lightly injuring some security personnel. Daesh seeks to undermine the Saudi royal family by portraying them as puppets of the United States, so targeting the US consulate was meant to punish them.

A third attack targeted a Shiite mosque in the eastern, largely Shiite city of Qatif. Three mangled bodies were found there but as we go to press, details are still sparse. It is possible that the body parts belonged to the bombers themselves and that no innocents were killed. Qatif is in the traditionally Shiite Eastern Province, which is also where most of Saudi Arabia’s oil is. About 12% of Saudis are Shiites, and they are treated very badly by the Wahhabi state, which views them as wretched heretics and potential supporters of Iran, Saudi Arabia’s Shiite arch-rival. (Saudi Shiites are Arabs and are not loyal to Iran, but rather want a better seat at the table in their own country). This attack, like earlier bombings of Shiite mosques, was intended to sow further dissension between the Wahhabi government and the Shiite population (the terrorists hope that Qatif Shiites will blame the king for not providing them better security).

The three attacks in Saudi Arabia, then, were symbolically orchestrated to cause maximum tension in the kingdom and to deny the Saudi monarchy its honored position as servant of the two holy shrines, as firm US ally, and as dominant over the Eastern Province where the oil that makes Saudi Arabia an important country comes from. The bombings played on the key fissures within Saudi society.

The Saudi press is characterizing all three attacks as failures. Although there were some victims killed or wounded, the number was small compared to what the terrorists obviously hoped for. The hopes of Daesh for carnage on a large scale were dashed (that’s not a pun) by eagle-eyed Saudi security personnel, some of them from the Ministry of the Interior.

Saudi Arabia survived a violent al-Qaeda campaign of bombings and killings in 2003-2006, and so its security apparatus has experience with counter-terrorism.

Daesh is facing its final year as a state, since the Iraqi Army on one side and the Syrian Democratic Forces on the other are gradually closing in on its last strongholds. As it goes down it is lashing out like a fatally wounded crocodile. But its revenge terrorism is not mindless– it is clearly giving a lot of thought to how it might commit symbolic violence against its foes and so demoralize them.