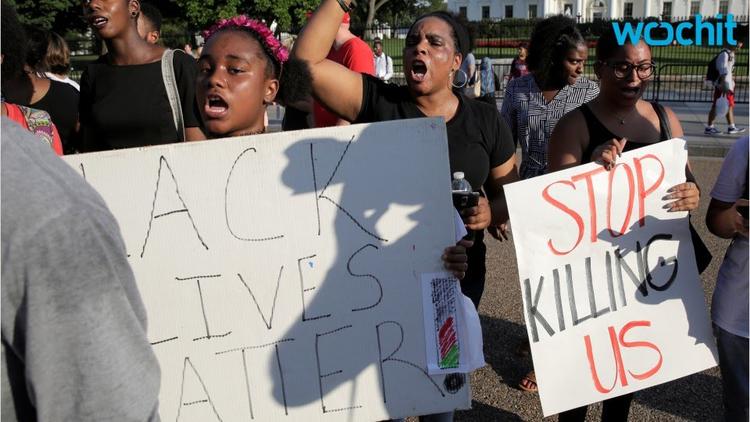 Tens of thousands of demonstrators poured defiantly into streets across the U.S. this weekend, shutting down highways, bridges and roads, chanting, praying, cheering and throwing rocks, Molotv cocktails and cinder blocks to protest the police killings of two black men last week in Louisiana and Minnesota, as the population of a sharply-divided nation retreated to their separate corners, like boxers preparing for the next round.

Police arrested more than 300 protesters, including nearly 100 in the the Twin Cities where Philando Castile was fatally shot during a traffic stop. Scores of protesters blocked off highway I-94 for more than 5 hours Saturday night, and threw rocks, bottles and pieces of broken concrete at police, injuring 20 officers including one critically, with a fractured spinal cord. In Baton Rouge, Louisiana where Alton Sterling was fatally shot by officers, police arrested nearly 160 people, mostly for blocking traffic, including a group of protesters assembled for a rally in a supporter’s backyard. In Chicago, hundreds shut down traffic by forming a human peace symbol. And black celebrities, performers and athletes from tennis star Serena Williams to the singer Beyonce to professional basketball players Carmelo Anthony and Dwyane Wade released statements in support of the demonstrators.

But the uprising showed no signs of softening the position of conservative and reactionary forces in the U.S. Former New York City Mayor Rudy Giuliani appeared on CBS’ “Face the Nation” Sunday night to dub the Black Lives Matter movement as ‘inherently racist’ and ‘anti-American.¨ In South Carolina, a white supremacist seccessionist group Sunday hoisted the Confederate flag from a flagpole at the State Capitol.The flag had been removed following the shooting death of an unarmed Black motorist by a white police officer in Charleston. And retired Dallas Cowboys quarterback Troy Aikman raised the ire of many by releasing a statement in support of the five Dallas police officers that were fatally shot by an African-American sniper who was himself killed by a drone missille. Aikman, many critics noted, had said nothing publicly about the slayings in the Twin Cities and Baton Rouge.

The country seemed all but ungovernable at times. A white mob surrounded Mark Hughes, the African-American man who initially named a suspec in the Dallas sniper shooting, but later cleared by police. Hughes said he has received so many death threats that he has fled the state of Texas.In New York, police arrested two Black ABC News reporters at a rally.

“We’re being criticized for pointing out that they’re African-American, but there were white reporters standing right there near them and had also been in the streets, and they were not handcuffed. Whether it was (racial profiling) or not, I don’t know. But how can you not raise the question?” the station’s manager, Chuck Samuels, told the Democrat & Chronicle.

Even while the overwhelming majority of protesters demonstrating against police brutality are using nonviolent methods of resistance, with people in Inglewood, California forming a giant peace sign with their bodies on the streets, there is a growing call to label Black Lives Matter protesters as terrorists.

Many blacks, including former Black Panther and revolutionary activist Angela Davis argues, have contexualized the uprising and repression in historical terms that dates back to the slave trade. ¨Ït´s often said that America needs to have a conversation about race,¨said University of Houston historian, Gerald Horne. But what we really need is a conversation about racism.”