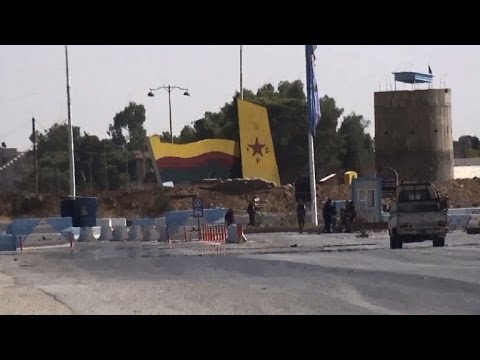 Clashes continued on Sunday between the Kurdish YPG [People’s Protection Units] and the Syrian Arab Army in Hasaka, according to the Egyptian press . Surveying Syrian social media, Misr24 said that the Kurds had apparently advanced into Hasaka and driven the Syrian army from some districts, including al-Nashwa and Ghuwayran.

The Kurds are reported to have taken 2/3s of the city.

On Saturday, there had been heavy clashes and thousands of civilians fled from the city. Last Thursday, YPG-held districts were subjected to aerial bombardment by the regime of Bashar al-Assad.

On Friday, US planes showed up, apparently to contest Syria’s ability to target YPG fghters.

Some observers maintain that Turkey indirectly greenlighted the Syrian regime’s attack on the Kurds in Hasakah when it made up with Russia and accepted the idea that Syrian strongman Bashar al-Assad can stay in power during an envisioned transition to a new and more democratic government. Damascus may have interpreted that Turkish concession as permission to attempt to reestablished state control in the breakaway Kurdish districts.

The regime has lost control of most of the al-Jazira region of northeast Syria, but did have troops stationed in Hasakah and Qamishly.

Russia, which has close relations with the Syrian armed forces, is attempting to mediate a settlement, since Moscow would prefer that its two clients declare a truce so that the Arab Muslim radicals might be defeated.