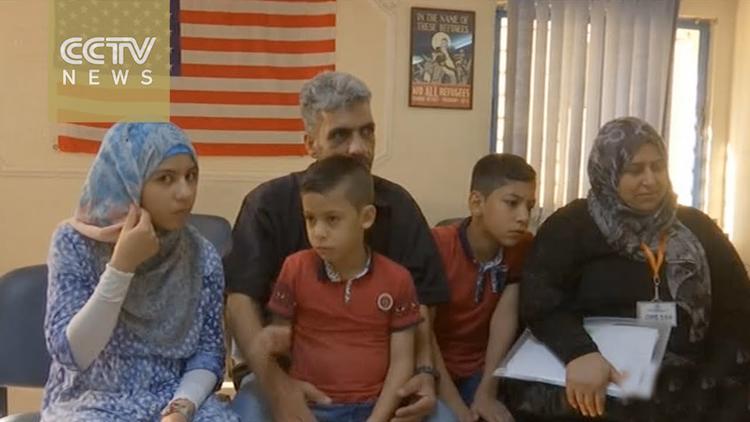 The US government played a role in the collapse of Syria. It continually placed sanctions on this little country, including the 2003 Syrian Accountability act.

By 2013 the CIA was apparently passing medium weaponry through Saudi Arabia to fundamentalist militias, the ideology of which cannot easily be distinguished from the Taliban. They hate Shiites and Druze (altogether 15% of the population, maybe more). They want to subject Christians (5%) of the population and make them second class citizens. They’ve engaged in brutal child-killing and sometimes even beheadings. One of the fundamentalist leaders, who benefits indirectly from US aid to his colleagues still has not renounced his pledge of allegiance to 9/11 mastermind Ayman al-Zawahiri. To be fair, the US seems to want to pressure Bashar al-Assad to step down as president rather than to install neo-Taliban in Damascus. But the path they’ve taken could end up with that result. Also to be fair, the brutal Stalinist regime of al-Assad has killed more people and tortured more people even than the worst fundamentalists.

The US is invoking self-defense against Daesh (ISIS, ISIL) to justify aerial bombing of Syria and the insertion of some 300 US troops among a leftist Kurdish militia.

The US contribution to the destabilization of Syria, where half of the 22 million people are homeless (4 million pushed abroad) is substantial.

Another one of the causes was the US destabilization of Iraq, which spilled onto Syria.

So the US surely has helped out with the resultant massive refugee flow, right?

Wrong. Being American means never having to make restitution for ruining other people’s lives. (The US killed between 1 and 2 million Vietnamese peasants but makes Rambo films celebrating that violence; I mean to take nothing from the bravery of our vets, but most of them knew by the early 1970s that the war was sold under false pretenses; Vietnam had never done anything at all to the US).

Here are the pitiful numbers for Syrian refugees admitted to the US since the Syrian Revolution began (a revolution egged vigorously on by the US embassy in Damascus– again, for all the right reasons but with deadly effect).

In contrast, Germany admitted about 500,000 Syrian refugees in 2015, and another half a million from other countries.

The US not only has done almost nothing about the issue, it has been churlish about the tiny actions so far taken. State governments and legislatures have objected to letting Syrians into their states. (Immigration is a Federal matter so they don’t really have anything to say about where people in the country legally may live).

As their predecessors did in the 1930s with regard to Europe’s Jews, the latter-day know-nothings have claimed that Syrian refugees will be terrorists or subversives. Lebanon, a country of 4 million, has 1.2 million Syrian refugees, so it is really being subverted big time by them, right? Nope.

Of 750,000 refugees admitted to the US since the mid-2000s, almost none have committed any acts of terrorism. American-born white supremacists have been far more active in that field.

So the US taking 10,000 Syrian refugees is a cause for celebration, because we are stepping up to do something rather than nothing. But we still just aren’t doing much, especially given our deep involvement in intensifying and prolonging the Syrian civil war.

Addendum from a reader:

“Interesting article about US and Syrian refugees, but the figures regarding Sweden were wrong. We have received the following numbers of asylum seekers:

The dramatic decrease of refugees this year is due to three factors: 1/ stricter rules decided by the Parliament 2/ the EU agreement with Turkey = refugees are not allowed to leave for Greece/Europe 3/ few refugees are let through, aiming for the countries in the North.