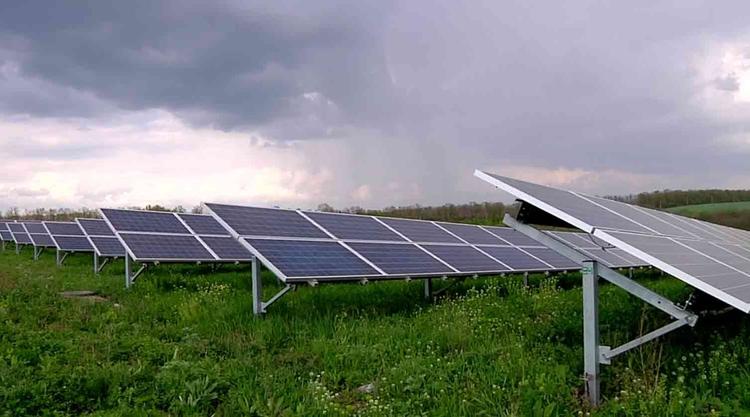 China has installed 20 gigawatts of new solar power just in the first half of this year. This achievement beats analysts’ expectations by a wide margin. China wants to add 20 GW of new solar every year for the next four, but apparently could do twice that. At the end of 2015, China had about 40 gigawatts of installed solar power, so in just six months it has added half again as much. It already surpasses the previous solar champ, Germany.

The Crescent Dunes “concentrating solar power” plant in Nevada, operated by a Santa Monica firm, is using molten salt as a battery so that it can generate electricity 24/7. It is the first such plant to use solar energy to melt the salt directly instead of via oil, e.g,, which is a huge advance in efficiency. All electricity plants are just a way to turn turbines using boiling water. If you can turn the turbines with molten salt heated hours ago by the sun, then you can make electricity all day and all night. The Crescent Dunes plant can power 75,000 homes. All those critics of solar power who maintain that it needs gas or nuclear for baseload generation when it is dark or very overcast can now find some other talking point. Solar can do it all. Concentrating solar power costs as little as 10 cents a kilowatt hour, making it competitive with nuclear both in cost and in non-intermittency. Photovoltaic cells plus battery storage may ultimately be cheaper but this means that at the very least we have a relatively inexpensive solar technology that isn’t intermittent.

Economists have now demonstrated what we solar panel owners have known all along: people who put photovoltaic panels on their roofs actually save money for all the ratepayers. That’s because the panels generate best in the summer months when everyone is running their airconditioners. (Future philosophers will ponder how we made the earth so hot by burning hydrocarbons to stay cool. . .) To those homeowners who can afford it and don’t have solar panels yet, you’re welcome.

A plane just flew all the way around the world using nothing but solar power.

On one day in mid-July, California’s largest power grid, ISO, generated enough electricity from solar to power 2 million homes. This does not, I repeat not, count the many homes with owner solar panels on the roof. We’re talking just utility scale here, and also are excluding several smaller grids. So there were many more homes than the two million being powered by solar that day. The state only has about 13 million households, so this was about 15% of them!

The World Bank has approved $1 billion in loans to India for utility-scale and grid-connected solar power. This shows how far along the Bretton Woods institutions have come in supported development through renewables, and is a big deal. India has 45 GW of all kinds of clean energy today, but wants that to rise to 175 gigawatts in 2022. Solar is a big part of India’s renewables future.