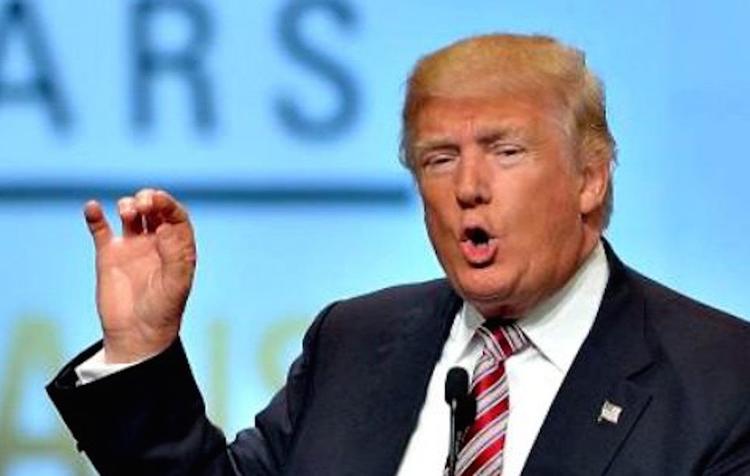 Donald Trump said Tuesday there was nothing that his supporters could do if Hillary Clinton won and got “to pick her judges.” Then he “thought” a moment and amended his pessimism: “Though the Second Amendment people, maybe there is, I don’t know.”

Former CIA director Michael Hayden suggested that the remark, which implied that an NRA member should assassinate Sec. Clinton, was a criminal offense and that the Department of Justice should look into it: “if anybody else had said this, they’d be out in the parking lot in a police wagon being questioned by the Secret Service.”

My own guess is that Trump is trolling the Obama Department of Justice and hoping to be harassed by the DoJ so that he can claim persecution and martyrdom in front of the public.

Otherwise, some people have gotten in trouble with the law for doing to Trump what he just did to Hillary.

An Egyptian student studying in the US was forced to leave the country rather than face formal deportation after he posted threats to Trump on Facebook.

Richard Deville Jr., 26, of Clarksville, Indiana was arrested on May 12 and charged with felony intimidation after he allegedly put up a video on social media menacing Donald Trump and members of his family. Keith Henderson, the Floyd County Prosecutor, said of the video, where the suspect was sporting loaded guns:

So maybe Mr. Henderson should express himself equally vehemently about Trump himself.

Moise Katumbi, an opposition politician, was arrested this spring for hiring mercenaries and threatening state security in the DR Congo. His critics say he was intent on making a coup.

Trump is literally acting like a tinpot dictator already!