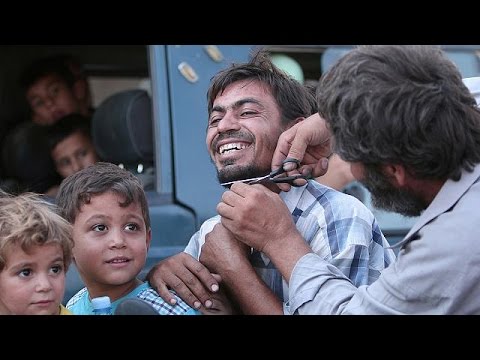 People in Syria’s norther town of Manbij, now entirely liberated from the rule of Daesh (ISIS, ISIL), rejoiced on Saturday. Men shaved their beards (which had been imposed on them by the fundamentalists) and women threw off their burqas (full-face veils) and burned them. The burqa is a Gulf custom, not a Muslim one, and many Muslim countries frown on it, including Egypt. In 2010 it was banned in Syrian schools.

People were also happy in the city that Daesh fighters, who had taken 2,000 hostages, released some of them as they escaped for Jarabulus, the last major border town they hold.

Now the Kurdish militia, the YPG or People’s Protection Units, which forms the backbone of the Syrian Democratic Forces, faces the problem of encouraging the city population that fled to return. There is also a problem of some covert fighters still being in the city.

Another big problem is that the victorious Kurds may wish to see the Manbij joined to a Kurdish “federal region.” They have dreamed of a Rojava or Kurdish enclave in Syria for decades. With the fall of Manbij, nothing really stops them from declaring Rojava. Some Kurdish sources are saying that it will be announced momentarily.

Euronews: “Liberation of northern Syrian city of Manbij is major blow to IS”