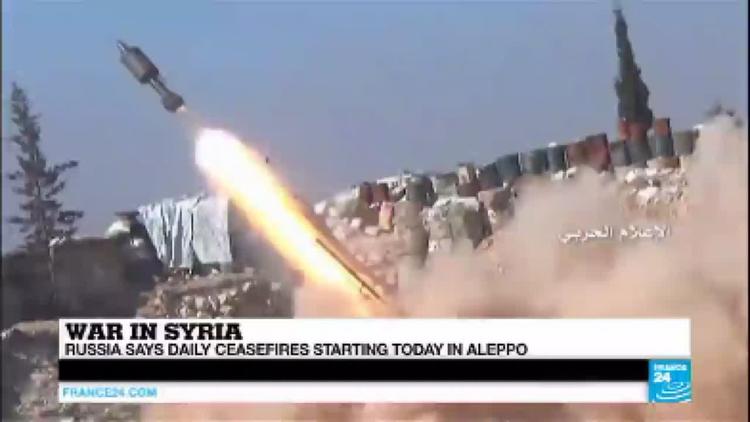 The interventionist temptation, muted since the Iraq imbroglio, is now returning. Sec. Clinton’s team are already talking about taking steps to remove Syrian dictator Bashar al-Assad from office as soon as they get into the White House. An excellent and principled NYT columnist called the non-intervention in Syria President Obama’s worst mistake.

I understand the impulse. Who can watch the carnage in Syria and not wish for Someone to Do Something? But I beg to differ with regard to US intervention. We forget now how idealistic the rhetoric around the US intervention in Vietnam was. Johnson wanted to save a whole society from the Communist yoke. Our idealist rhetoric can blind us to the destruction we do (the US probably killed 1 to 2 million Vietnamese peasants, recalling Tacitus’ (d. after 117 CE) remark about the Pax Romana, “and where they make a desert, they call it peace.”–atque, ubi solitudinem faciunt, pacem appellant.)

1. There was no UN Security Council consensus on intervention in 2011 and after, and so no authorization for the use of force. In 2012 at a policy meeting, I pressed a French diplomat whether there wasn’t a way to interdict weapons shipped to the regime (which was using heavy military weapons on peaceful protesters in 2011 and 2012). He said that given the lack of authorization for the use of force, arms-bearing ships headed to Latakia could only be boarded if they were foolish enough to come into the territorial waters of a state willing to take them on (none have). Every time the US intervenes in a country with no UNSC authorization and no issue of self-defense, it further degrades the rule of law. Other countries still cite Bush’s invasion of Iraq as justification for their acts of aggression.

2. Civil wars like that in Syria are forms of micro-aggression. Fighting happens in back alleys and neighborhoods where no outsider understands the terrain. The US had 160,000 troops in Iraq in 2006-2007 when Iraqis fought a civil war that ethnically cleansed hundreds of thousands of Sunnis from Baghdad and turned it into a Shiite city. So many thousands of people were killed each month that Baghdad police had to establish a morning corpse patrol. If Iraq was occupied and run by Americans but it still had excess mortality of hundreds of thousands, why does anyone think that a much more limited US intervention in Syria could forestall death on this scale? I am a little afraid that the widespread underestimation of civilian excess mortality in Iraq is producing the wrong impression here. Its death toll was similar to that of Syria. I also think it isn’t realized that US troops don’t know the language and can’t tell one player from another unless they are specially trained small special forces units. And, they are targets for suicide bombings and improvised explosive devices. When the US troops stopped patrolling major Iraqi cities in summer of 2009 the number of bombings and civilian casualties actually went down, because their patrols had been a target.

3. Short of US troops, people have advocated the establishment of safe zones for displaced civilians. But those zones would not stay safe from regime troops or fundamentalist militias unless they were protected by military force. So safe zones are actually a prescription for the insertion of infantry battalions to guard them. The no-fly-zone over the Kurds in Iraq only worked because the Kurds had a military force, the Peshmerga, that could take advantage of US air cover. Without US military protection on the ground, the so-called safe zones would be car-bombed or subjected to artillery barrages or bombed from the sky.

4. Hillary Clinton’s call for a no-fly zone in Syria was impractical because of no. 1 above– no UNSC authorization for the use of force. Moreover, the Syrian military had good anti-aircraft systems. Unless you bombed all those batteries intensively at the start you’d just be shot down. So a ‘no-fly-zone’ is not a minor intervention but a very major one. Now that the Russian air force is flying in Syria, a no-fly zone for regime planes is completely impractical.

5. I supported the UNSC no-fly zone in Libya in 2011, but was dismayed to find that it soon became a NATO mission and then it soon became replaced by another policy entirely– bombing Tripoli and trying to change the regime. Critics forget that the initial resolution just wanted to protect civilians in places like Zintan from Gaddafi’s helicopter gunships. I perceived that once the no-fly zone was implemented, there were enormous political pressures on NATO generals to achieve a tangible victory– hence the bombing of Tripoli (which isn’t exactly the same as a no-fly zone). Then because the mission was transmogrified into regime change from above, the militias never demobilized. That there were no foreign ground troops was a plus in some ways, but it did also mean that no one was responsible for training a new army and incorporating the militias into it. Despite promising democratic elections, militia demands gradually undermined the civilian government, taking the members of parliament more or less hostage and leading to Libya having two or three governments, each with its own militia backers. And then some fighters declared for Daesh (ISIS, ISIL). So the intervention in Libya went from being a humanitarian one to a method of regime change to having a legacy of civil war. Why exactly would Syria be different?

6. Bashar al-Assad is a war criminal and his regime is known for mass torture of prisoners. It would be better for everyone if he stepped down. But if he were removed abruptly with the help of US airstrikes, then wouldn’t what happened to Libya happen to Syria? What would stop al-Qaeda operative Abu Muhammad al-Julani from sweeping into Damascus and taking over? What would stop Daesh from picking up the pieces in Syria? As horrible as it is to contemplate, a Daesh or al-Qaeda victory in Syria is even worse than regime stability.

7. We can’t trust US intervention because Washington power elites are amoral and have been perfectly willing, under Saudi influence, to back fundamentalist militias. Most of them have the ethnic cleansing of Alawis, Druze, Christians and secular Sunnis on their minds. The CIA is nevertheless using Saudi Arabia as an intermediary to supply them with arms. Washington is also so tied to Tel Aviv that you can’t assume any US intervention in Syria would be for the sake of Syrian civilians. Some US policy makers, including former NSC, have suggested that it benefits the US and its allies to have the Syrian civil war continue. And some US policy-makers favored breaking up Iraq when they were running it. (Partitions just create smaller states that go on fighting with one another; see: South Sudan). Washington elites are also greedy and implemented policies in Iraq aimed at enriching themselves or their buddies. In Syria, they’d be carpetbaggers again.

Americans are practical people and they incorrectly believe that all problems have relatively simple solutions. Contemporary civil wars at the level of back alleys, fought between neighbors of different ethnicities or religions with suicide bombings and Kalashnikovs, are an unsolvable calculus problem. International law can be a hindrance to timely action but flouting it can undermine what little order and norms the international arena has. The US military is far too blunt an instrument to be deployed successfully in this case, and US policy-makers can’t be trusted to do what is good for the Syrians. As bad as things in Syria have been, they would have been as bad or worse if the US intervened more heavily.

(I except the actions taken against Daesh, because they are plausibly self-defense and not condemned by anyone on the UNSC. But the aerial bombardment hasn’t been effective.)

In the 1820s when the Greeks rose up against their Ottoman government, President Secretary of State John Quincy Adams got enormous pressure to intervene on the Greek side. He declined, saying of the USA, “Wherever the standard of freedom and Independence has been or shall be unfurled, there will her heart, her benedictions and her prayers be. But she goes not abroad, in search of monsters to destroy.” We need to get back to that policy and recognize that American wars not fought in self-defense are American imperialism and American quagmires.

The most effective thing anyone has done to tamp down violence in Syria was the Kerry-Lavrov ceasefire of the past spring and early summer. If someone wants an intervention, let’s try to get that one back on track.