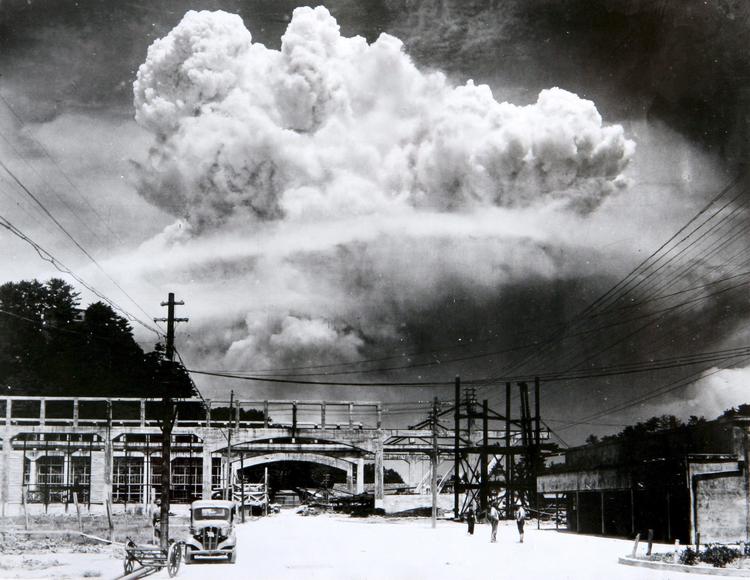 Kyoko Hayashi nearly died on August 9, 1945 in the atomic bombing of Nagasaki. She was fourteen years old and working at a factory less than a mile from the epicenter of the atomic explosion. She traveled barefoot for nine hours through the ruins of Nagasaki passing many dead and dying who had been crushed, burned and wounded.

The unique tragedy of those who lost their lives to the bomb, she feels, is that the bomb not only deprived them of their lives but also of “their own personal deaths.” And for the survivors like herself, known as hibakusha, “…the shortening of a given life, not being able to live fully–this was the promise made between an atomic bomb and its victims.” 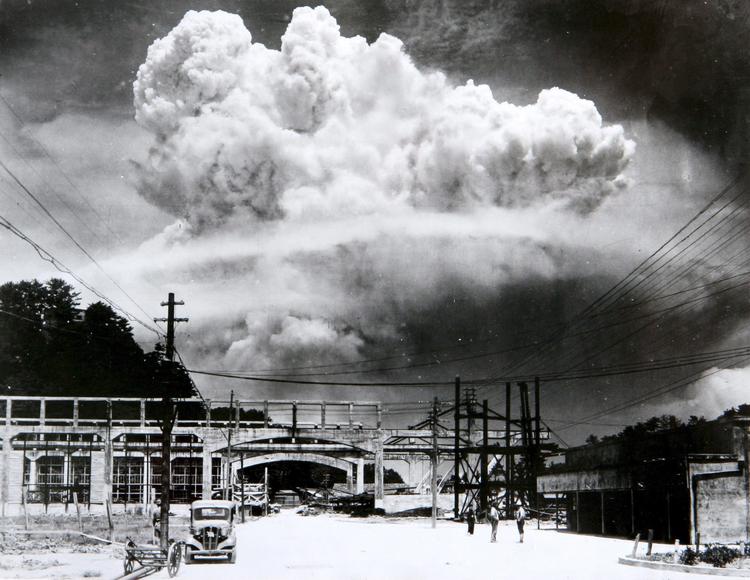 The bomb changed time for her. “I could not make an appointment longer than a month ahead,” given many hibakusha friends died from unpredictable bleeding. “The past is always present and the future is never countable.” A friend observed of Hayashi, “[The] quietness in her seems to flow from her sustained mourning over those who lost their lives in the Nagasaki bombing. Every hibakusha knows their survival carries within it the wailing and silence of the dead.” (1)

In one of her many published stories, Hayashi invents a new calendar, the “A-bomb calendar” which designates 1945 as the first year. Why? “The significance of the birth of Christ or Buddha pales in comparison,” with the event that demonstrated that “humans had gained the means to destroy their own species, all other species and the earth.” (1) Her words reverberate with the grave ruminations of the renowned biologist and author of Silent Spring, Rachel Carson. “In the days before Hiroshima,” she imagined the powerful and inviolate realms of nature, like the sea and vast water cycles, to be beyond human destructive power. “But I was wrong. Even those things that seemed to belong to the eternal verities are not only threatened but have already felt the destroying hand of man.” (2)

Fifty four years after surviving the bomb, Hayashi journeyed from Japan to the Trinity Site in New Mexico, the site of the first atomic bomb explosion, a national landmark since 1975, and “a hibakusha’s birth place,” as she deems it. She may be the sole survivor of the atomic bombs to have made this morbid pilgrimage.

At Trinity Site and also in her visits to Los Alamos and the National Atomic Museum, she was startled to see that all the visitors were white, no Black, Asian (other than herself and a friend) or Mexican visitors. Standing in “Ground Zero” at Trinity Site, she looks out to the red mountains and wilderness beyond and suddenly senses a kinship with desert plants and animals. “Until now as I stand at Trinity Site, I have thought it was we humans who were the first atomic bomb victims on Earth. I was wrong. Here are my senior hibakusha. They are here but cannot cry or yell.” (1)

After viewing museum films that lionized the scientists of the atomic bomb project, she writes, “I understand winners create a proud history…[but] the world did not need your experiment.’’ (1) Hayashi’s bitter words echo the stark sentiment expressed by Admiral William Halsey, Commander of the Third Fleet, in 1946: “The first atomic bomb was an unnecessary experiment…It was a mistake to ever drop it.” And before Congress in 1949, he testified that “bombing–especially atomic bombing–of civilians is morally indefensible.” (3)

Key World War II American military leaders from all branches of the armed forces, among them Generals Eisenhower, Arnold, Marshall and MacArthur; and Admirals Leahy, Nimitz, and Halsey strongly dissented from the decision to use the bombs–some before August 1945, some in retrospect–for both military and moral reasons. American intelligence had broken the Japanese codes and knew that Japan was already defeated and in peace negotiations with the Soviet Union. Surrender was imminent. Further, a demonstration bombing away from residential areas (also supported by many atomic bomb scientists) could have been used instead to force immediate surrender. (3) (4)

Political advisors to President Truman overrode the expert military opinion against dropping the atomic bomb. Among them was Secretary of State James Byrnes who argued that using atomic weapons would daunt Russia and secure American domination after the war. (5)

This morally corrupted compass–contravening all international conventions of war–set the course for Vietnam, Korea and Iraq.

At their fortieth anniversary reunion in Los Alamos, New Mexico, 70 of 110 physicists who had worked on the atomic bomb signed a statement in support of nuclear disarmament. Many had changed their minds about the bomb long ago. (6) In December 1996, retired Air Force General Lee Butler, former commander of the Strategic Air Command that oversaw the entire nuclear arsenal, used a National Press Club luncheon as a forum to urge his government to take the lead in abolishing all nuclear weapons. “Nuclear war,” he held, “is a raging, insatiable beast whose instincts and appetites we pretend to understand but cannot possibly control.” Nothing, he concluded, not deterrence, not national security, justifies these weapons of physical and genetic terror. (7)

Most recently, William Perry, the highly respected former defense secretary in the Clinton Administration, offered a bleak and chilling assessment: “Today, the danger of some sort of a nuclear catastrophe is greater than it was during the Cold War and most people are blissfully unaware of this danger.” (8) “Our chief peril,” he writes in My Journey at the Nuclear Brink, “is that the poised nuclear doom, much of it hidden beneath the seas and in remote badlands, is too far out of global public consciousness. Passivity shows broadly.” (9) Only by dumb luck, he adds, have we escaped nuclear war thus far. Contrary to government and defense industry group think, nuclear weapons do not provide security, they only endanger it.

Contrast this realist wisdom from military and defense experts with our government’s current nuclear weapons policy. Over the next thirty years, the United States plans to spend $1 trillion to modernize the existing arsenal of nuclear bombs and warheads and their delivery systems by air, land and sea, despite our existing capacity to destroy the world many times over. No other discretionary long-term public expenditure approaches this immense sum, nor is it clear how it will be paid for: “We’re…wondering how the heck we’re going to pay for it,” concedes undersecretary of defense Brian McKeon. Nor did presidential debate moderators raise this mammoth public expenditure for nuclear weapons modernization in questions to the candidates. (10)

We live in a state of widespread public ignorance and public passivity because of government secrecy and denial about the “raging, insatiable beast” of nuclear weapons and because of the immense insider power of the defense industry. Studies of whose priorities shape government policy have consistently concluded that U.S. government policies do not represent the interests of the majority of the country’s citizens, but are instead shaped by the interests of the wealthy class and powerful corporate lobbies. (11)

Pick your issue of Americans’ insecurity and suffering: 20- for Black children), paychecks that working people cannot live on, costs of education and housing, climate change, prison reform, human trafficking…and imagine what our trillion dollar taxes targeted to modernize nuclear weapons and police the world militarily could do re-invested in what the majority of Americans need and want for a sustainable and secure future.

Pat Hynes, a retired professor of Environmental Health from Boston University School of Public Health, directs the Traprock Center for Peace and Justice in western Massachusetts (http://traprock.org). She has opposed nuclear weapons since she visited the Hiroshima Atomic Bomb Museum and Memorial Park in the early 1980s.