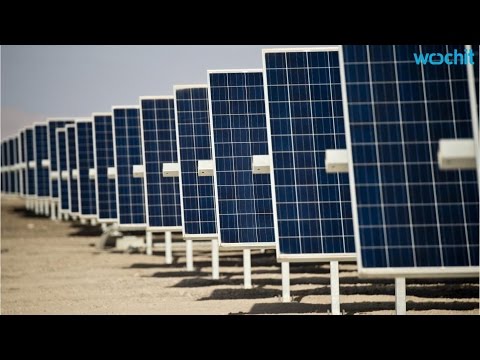 The California legislature worked on a carbon dioxide emissions reduction bill for a year, and is finally sending it to the governor for his signature. It is one of the more ambitious pieces of CO2 legislation by any US state, more resembling policies of the European Union. Reaching its goals will require a massive effort. It seeks to get California emissions to 40% under 1990 levels by 2030. That would pretty much get you back to 1970 levels.

In 2014 California, with a population of about 39 million, put out 441 million metric tons of greenhouse gases. The new goal would aim for only 260 million metric tons by 2010. (Actually that is also way too much for the health of the planet, but it will be difficult enough to achieve with current technology– remember that California’s population, economy and energy use will also grow a good deal by 2030, making cuts even more difficult to achieve.)

A lot of emissions reduction goals are frankly fraudulent. Getting emissions under 2006 levels is frequently proclaimed as an objective. But if you look into it you find that after Kyoto asked for a return to 1990 levels, the countries of the world ramped up their emissions enormously, so by 2006 we were emitting 25% more than in 1990. So then the world abandoned the Kyoto goal of getting below the 1990 levels, and said by 2025 or 2030 we’d get below the 2006 levels. That’s a pledge to increase emissions, not reduce them!

The legislation will require a tightening of state requirements for renewable energy and mandates for more use of electric vehicles and hybrids.

Although California uses almost no coal for electricity generation in state, it imports electricity from nearby states that use coal heavily– so actually the state is powered by as much as 50% by coal. That has to stop, and quickly. But it isn’t clear that the bill we are discussing takes into account out-of-state production.

Pacific Gas & Electric has proposed putting in 7500 fast charge stations in California. That may be too ambitious and they will probably start smaller, but the more chargers are visible the more comfortable people may feel about having an EV.

EV’s are in any case about to take off in a big way, with models like the Chevy Bolt and the Tesla E able to deliver over 200 miles on a charge. Ubiquitous fast charging will accelerate sales of these vehicles. California alone wants to have 1.5 million of them on the road by 2025. (If that kind of thing happens globally, Saudi Arabia and Iran will just have to find something else to do in life).

All this doesn’t even take account of green energy initiatives, mandates and rebates at the county and municipal level in California, where there is a whirlwind of activity. One innovation is that aggregate of customers (in blocs as big as 5 million consumers) could collectively decide to buy electricity from a greener power plant rather than a dirtier one, rewarding green entrepreneurs.