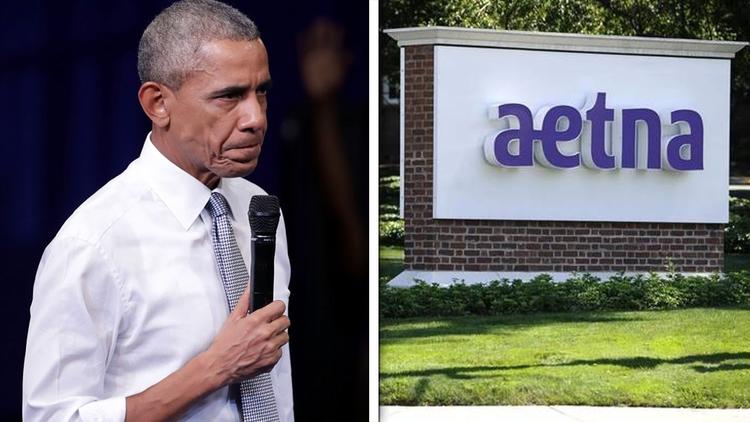 Healthcare giant Aetna directly threatened the federal government by vowing to pull out of Obamacare if its proposed merger to Humana was not approved, revealed a letter by the company’s CEO sent in July and reported on Wednesday.

The letter, obtained by the Huffington Post through a Freedom of Information Act request, proves what many observers have suspected and what the company has been denying: that its decision to pull out of most of the Affordable Care Act (ACA) health exchanges was a bargaining chip in its effort to achieve the controversial merger.

Aetna’s threatening letter was authored by Aetna CEO Mark Bertolini, who would have “personally [made] up to $131 million” if the Humana merger had gone through, as International Business Times reporter David Sirota observed last month.

The Justice Department sued to block the merger last month.

Bernie Sanders tweeted a link to the Huffington Post‘s reporting, calling the article a “must-read” and condemning the government for giving so much power to corporations like Aetna:

This is what corporate control of our government looks like.

Indeed, the government is not without an active role in this mess: the letter from Bertolini was in response to a letter from the Department of Justice, in which the department “asked Aetna how, if at all, a decision on the proposed merger would affect Aetna’s willingness to offer insurance through the exchanges,” the Huffington Post writes.

“Bertolini responded bluntly,” the Huffington Post reports. “[…] if the Justice Department were to block the merger, Bertolini warned, Aetna could no longer sustain the losses from its exchange business, forcing it to sharply change direction.”

The online outlet quotes from Bertolini’s letter at length:

[I]f the deal were challenged and/or blocked we would need to take immediate actions to mitigate public exchange and ACA small group losses. Specifically, if the DOJ sues to enjoin the transaction, we will immediately take action to reduce our 2017 exchange footprint …. [I]nstead of expanding to 20 states next year, we would reduce our presence to no more than 10 states .… [I]t is very likely that we would need to leave the public exchange business entirely and plan for additional business efficiencies should our deal ultimately be blocked. By contrast, if the deal proceeds without the diverted time and energy associated with litigation, we would explore how to devote a portion of the additional synergies … to supporting even more public exchange coverage over the next few years.

“Aetna may not like the Justice Department’s decision to challenge its merger, and it has every right to fight that decision in court,” Sen. Elizabeth Warren (D-Mass.) wrote Tuesday. “But violating antitrust law is a legal question, not a political one. The health of the American people should not be used as bargaining chips to force the government to bend to one giant company’s will.”

In response to the news of Aetna’s pullout from the ACA, advocates of Medicare-for-all, such as Green Party presidential candidate Jill Stein, have renewed the call for universal, single-payer healthcare—which would, unlike Aetna and other healthcare corporations, put people’s health above profit: