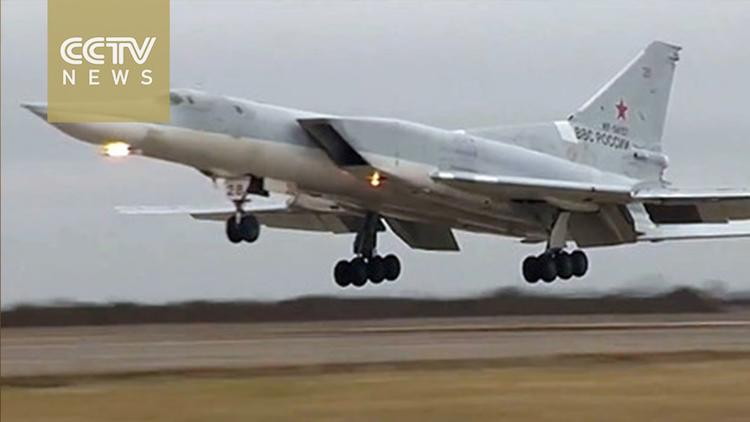 Russian use of an Iranian airbase led some to see a Russia-Iran axis. They jumped the gun and surmised too much. In less than a week, Tehran, perhaps remembering that the constitution of the Islamic Republic prohibits foreign bases on Iranian soil, pulled Iranian permission.

Russians proudly publicized their arrival at a northwest Iranian airbase; it showed they were a major Mideast player. Iran was humiliated by this publicity because it suggested they were under Russia’s thumb. Russian bombers could save about 1,000 air miles to deliver heavier bomb loads than flying from Russia. They had to transit Iraqi airspace, which Baghdad allowed because its Shia regime takes instructions from Tehran, not from the U.S.
History and geography suggest that Iranians’ long-term resentments will override formation of any alliance, especially one with Russia.

Much of the Caucasus and Central Asia was under Persian suzerainty until Russian conquest in the nineteenth century. The Tobacco Rebellion of 1891-92 ended Britain’s tobacco monopoly in Iran. In 1901, Britons bought rights to oil that turned into the Anglo-Iranian Oil Company and eventually British Petroleum. Iranians always felt they were robbed.

In 1911, Russia and Britain recognized each other’s spheres of interest in a weakened Persia, the Russians in the north and the British in the south. During World War I, each occupied their zones lest Persia align with Germany (as Turkey had). The Russians trained a Persian Cossack brigade; in 1921 its chief, Reza Khan, seized power and in 1925 proclaimed himself shah of the new Pahlavi dynasty. In 1935, he made Iran the country’s name, evoking the ancient Aryans, Hitler’s favorite people.

World War II repeated the World War I takeover. The shah warmed to Nazi Germany until the Soviets and British occupied Iran in 1941 and exiled him to South Africa, where he died. The U.S. made Iran a major supply corridor into the Soviet Union, which set up two puppet republics in northern Iran. Under pressure, in 1946 the Soviets left, and the U.S. became Iran’s protective power. Some peg this as the first crisis of the Cold War.
Iranians still hated the British oil concession and cheered as populist Premier Mohammad Mosaddegh nationalized it in 1951. The young shah fled to Italy, and London screamed “communism.” The CIA underwrote the 1953 coup that ousted Mosaddegh and brought back the shah, who, years later, nationalized Iran’s oil anyway.

It looks like some Iranian generals—now rebuked—supposed the Russian airbase would strengthen Iran’s Shia corridor through Iraq and Syria into Lebanon and could protect Iran against a Saudi showdown (which the Saudis also want to avoid). But the relationship with Russia is limited because Tehran will not be subservient to Moscow.

And what did Putin think he would get out of it? He has already aligned with Iranian/Hezbullah forces in Syria and got Tehran’s permission to fly cruise missiles from the Caspian Sea through Iranian airspace on the way to Syria (an expensive vehicle to deliver ordnance). He thought he was deepening that relationship but picked up some liabilities.

Russia has muscled back into the Middle East but strictly on the Shia side in a world where 85 percent of Muslims—-including those of Russia’s restive North Caucasus—are Sunni. Some ISIS fighters from the North Caucasus are called “al-Shishani” (the Chechen). Fundamentalist Sunnis make rule by Shia one of the pretexts for their militancy in Iraq and Syria.

Last week’s heartbreaking photo of a bloodied Syrian 5-year-old went viral. Rescuers in Aleppo said it was from a Russian airstrike, but Moscow denies it. We don’t know for sure but should not give the Russians the benefit of the doubt. It’s now their war, and they should bear the blame for the dead and dazed children. Putin’s war on behalf of Assad may last for years and, even if victorious, would leave Syria a smoldering conquered province.

A temporary Russian airbase does not indicate an extensive, formal alliance with Iran, but much depends on how the US handles the situation. The US must avoid provocative actions that will push the two closer together. Potentially, a China-Russia-Iran bloc could form at some point, but let’s be frank: It would likely not long endure; their interests would quickly diverge.

Michael G. Roskin has been a Professor of Political Science at Lycoming College since 1972 and has authored five political science textbooks. Professor Roskin earlier worked as a newsman and foreign service officer for the U.S. Information Agency before earning a Ph.D. in international studies at American University.

CCTV: “Iran revokes Russia’s use of air base”