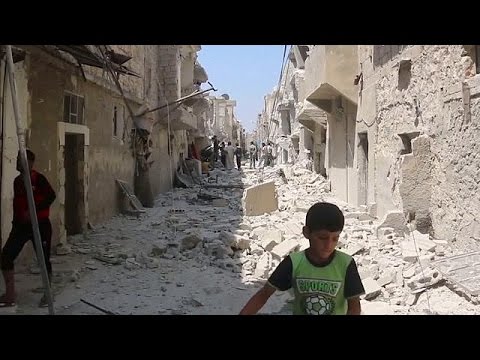 The Syrian War is nowhere near over, but the Daesh (ISIS, ISIL) episode may be drawing to an end. Alarabiya reports that the US-backed Syrian Democratic Forces, which is largely leftist Kurds of the YPG but includes a small Arab auxiliary faction, has taken almost all of the former Daesh stronghold of Manbij. The north Syrian city not so far from the Turkish border had been used by Daesh as a key logistics point in smuggling arms, men and supplies from Turkey down to its capital of al-Raqqa. Only a small number of fighters remain in the city, according to Rami Abdel Rahman, the head of the Syrian Observatory for Human Rights.

The fall of Manbij signals a new phase in the struggle against Daesh, as SDF positions itself to blockade al-Raqqa.

Unfortunately for regional stability, that the Kurds of Syria’s northeast are extending their sway westward will make it look to Turkey as though the Syrian Kurds are consolidating a mini-state. Turkey’s elites are paranoid about secessionist tendencies among Turkey’s own Kurds, about 20% of its population and concentrated in the southwest near Syria.

Civilians are said to be fleeing Manbij.

The current SDF campaign to take Manbij began in late May and has benefited from air support by the US and its coalition. Nevertheless, the SDF met heavy resistance, being stuck outside the town for some time by suicide belt bombers, car bombs, and mines deployed by the Daesh defenders.

Manbij had been one of three major Daesh hubs in Aleppo Province, along with al-Bab and Jarabulus.

Iran’s al-Alam service reports that the SDF on Friday launched a new assault on the city from the West. The SDF had managed to encircle Manbij and cut off its avenues of resupply two weeks ago.

If the Kurds of the YPG and their Sunni Arab junior partners can consolidate their hold on the north of Syria and cut Daesh off in al-Raqqa, its capital, the way they had cut if off in Manbij, then the days of Daesh are numbered.