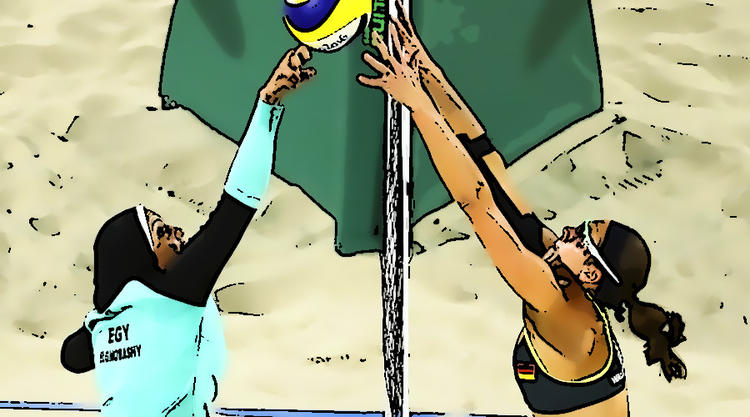 Rio 2016 is proving not just to be a platform for sporting prowess, it is also helping to shake up some traditionally-held cultural misconceptions too.

Recently, 19-year-old Egyptian volleyball player Doaa Elghobashy’s decision to wear a hijab while competing against Germany caused a stir. Her and partner Nada Meawad’s team uniform of long sleeved tops and ankle length trousers were already a “stark contrast” to the German competitors’ bikinis, yet it was Elghobashy’s hijab that media attention focused on. 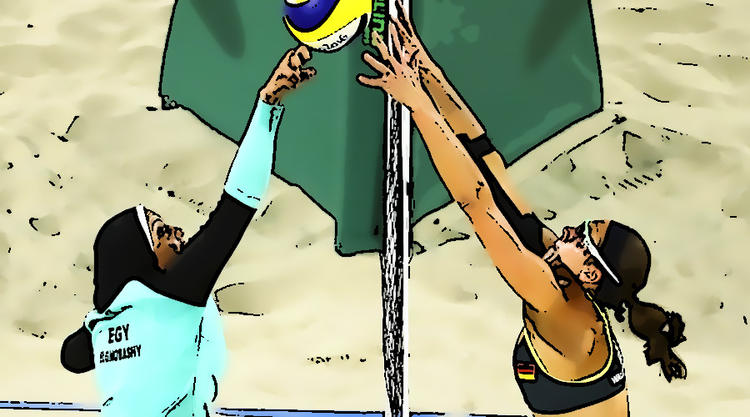 Elgobashy and Meawad were the first team to represent Egypt in volleyball at the Olympics and, in the words of Elgobashy, the hijab which she has worn for ten years “doesn’t keep me away from the things I love to do”.

The determination and sporting prowess that Elgobashy displayed is a polar opposite to the assumption that all hijab-wearing Muslim women are passive and oppressed. The support and celebration that Elgobashy’s hiajb has also received is in direct contrast to the banning of burkinis in several French towns – though to look at both outfits, they cover the same amount of the body.

Many Muslim women today are wearing hijabs and other traditional dress to challenge the assumption that these are symbols of control. In fact, there are several revealing truths about Muslim dress that society must hear.

1. Women are not forced to wear hijabs

Some women choose to wear the hijab because it is a national tradition of their country of origin, or because it is the norm in their local area, city or country. Others wear it to demonstrate their commitment to dressing modestly and for religious reasons. Like any item of clothing, some women wear the hijab for specific occasions, such as for family or community events, or during particular times of day but take it off at other times, such as wearing the hijab to and from school or work but taking it off while studying or working.

A very small minority may claim to be forced to wear the hijab. However, many studies show that in fact Muslim women choose to wear the hijab as a way of showing self-control, power and agency.

Many hijab wearers have said that they wear the veil not as a symbol of control by a man, but rather to promote their own feminist ideals. For many Muslim women, wearing a hijab offers a way for them to take control of their bodies and to claim a stance that challenges the ways in which women are marginalised by men.

Research has shown that for young Muslim women, wearing a hijab says little about the likelihood of them having a boyfriend or participating in a sexual relationship. Indeed, some young women have said they would wear the hijab to give them more space to engage in such activities.

3. You’re not more likely to be linked to terrorism

Since 9/11, negative media coverage of Muslim communities, alongside government counter-terrorism policies in many Western countries, has further demonised Muslims. British research has shown that government policies have resulted in Muslims receiving unjustified attention in airport security, for example. They have also been shown to have created extra tensions and divisions between Muslim communities and the police.

For some hijab wearers, the hatred towards Muslim communities pushed them to stop wearing the veil after terrorist incidents, like the 7/7 London bombings, in order to minimise the chance of them experiencing racism. However, at the same time others started to wear the hijab to show their commitment to their religious faith. The hijab therefore cannot be a fixed symbol, but is far more flexible and changeable – and certainly cannot be deemed a marker of terrorism.

4. It’s not a ‘West versus rest’ division

There are many different styles, colours and shapes of hijab including different ways of wearing it. There is also a rising transnational Muslim fashion trade focusing particularly on younger women. In many respects, the hijab is similar to any other item of clothing with businesses marketing different styles and brands in order to maximise sales.

This global fashion trade transcends national and regional boundaries. It is about maximising the market rather than reinforcing divisions between the West and the Muslim “rest”. Rather than asking why a women is wearing a hijab to reinforce difference, we should ask what high street store or online retailer she purchased her clothing from and what attracted her to this brand. For some wearers, this is far more pertinent and telling of their personality.

5. The hijab is not something to be feared

A recently published report of anti-Muslim abuse in England found that more than 60% of victims are women, and 75% of these women were visibly Muslim so were likely to be wearing some form of head-covering. Women were also more likely than men to suffer anti-Muslim attacks on public transport or when shopping. The vast majority of the perpetrators in these incidents were white men, motivated by stereotypes. So rather than being feared, it’s more likely that women wearing hijab might fear others.

Muslim women wear the hijab for many different reasons all of which can change over time. This applies if the wearer is a community activist, an Olympic athlete like Elghobashy, a PhD student, a mother of young children or some or all of these. Any assumption that society attaches to the veil will never be right for each individual wearer, and it is for that very reason that we need to start changing the way we view it.