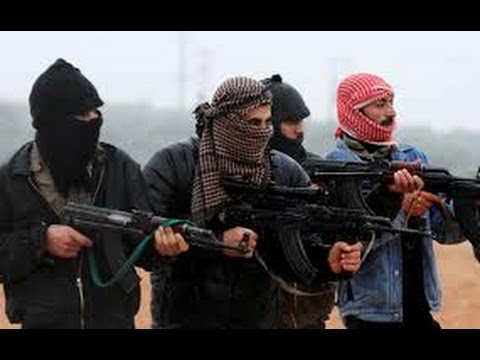 The liberation of the northern Iraqi town of Qayyarah from the [so-called] Islamic State group [IS] is a strategic victory in defeating the extremists, in addition to being a major financial blow to their efforts.

Since it was liberated by Iraqi forces last month, Qayyarah has come to be seen as the key to freeing surrounding areas from the grip of the extremist . . . IS.

For more than two years, the town in northern Iraqi province of Ninawa was home to the IS treasury. But today the organization’s black banners and bearded fighters are nowhere to be seen.

“The liberation of Qayyarah brought us closer to our bigger goal of liberating not just Mosul, but also the Ninawa province from the grip of IS group,” Iraqi Prime Minister Haider al-Abadi said on 25 August.

Mosul is the extremists’ last stronghold in the region, some 60 kilometres to the north.

“For us, Qayyarah is the key for entering Mosul, as it was the strongest defensive line for IS fighters in the southern part of the province,” Major General Saleh al-Jibouri, mayor of Qayyarah, told NIQASH. The city’s air field would be crucial to future operations, he said.

Perhaps even more importantly, the IS group has also lost a major source of income.

“Economically, Qayyarah was an inexhaustible treasure,” al-Jibouri said. “Around 100 tankers of crude oil are transported from its fields everyday, bringing an income of about US$1 million per month,”al-Jibouri said.

Local officials, politicians and security leaders in the Ninawa province have said they consider the liberation of Qayyarah exemplary because it preserved the lives of civilians. Losses are estimated at just five deaths and 10 wounded. What’s more, the operation was carried out without the participation of the Shiite popular factions accused of committing abuses against the local population. Both Sunnis and Kurds strongly oppose their participation in the upcoming Mosul operations.

Qayyarah’s 20,000 residents celebrated in the streets after Iraqi forces drove out the militants. Locals were lucky on two counts: Not only did they live to see an end to 26 months of terror, hunger and repression, but they also weren’t displaced by the battle to retake the city.

“People were joyous when the security forces told them over the loudspeakers that were now safe,” 36-year-old resident Abu Haidar told NIQASH. “We went out to the streets to cheer and applaud the Iraqi soldiers after shaving our beards, and smokers lit their cigarettes publicly and blew the white smoke up in the air in a festive manner.”

Their oppressors had imposed a strict dress code and banned indulgences such as smoking.

But some of these smiling faces were concealing the fear that these new forces might bring fresh troubles, as IS preachers had promised. Now, more than two weeks after the arrival of the Iraqi forces, these fears appear to be fading.

“Civilians did not suffer from any violations and the town did not witness any revenge acts,” said mayor al-Jibouri.

There has been another troubling development outside of town, though. IS fighters set fire to surrounding oil fields to prevent the advancement of the Iraqi forces, and fire fighters have yet to quell the blazes.

“We are afraid of an environmental disaster due to the fires, and the leakage of large quantities of crude oil into residential neighborhoods, especially as firefighters have been working hard over the last 10 days to extinguish the fires but haven’t yet succeeded,” al-Jibouri said.

Some living near the burning oil fields have been forced to move away to avoid the resulting respiratory problems and skin diseases that have started to spread among the population.

Another challenge is the reconstruction of vital public services, in particular healthcare and electricity. Damage to infrastructure is estimated at 90 percent, al-Jibouri said.

Currently, the town is living on humanitarian aid provided by the local and federal governments and aid organizations.But an entry point for supplies is expected to open soon.

Counterterrorism forces that liberated Qayyarah withdrew from the town one week after its liberation, handing over responsibility for security to the local security forces. A police directorate was opened on 1 September.

“The security situation in the town is stable,” al-Jibouri said. “The Shiite Muslim militias and the police are sharing the security responsibility, and the army is watching the city’s walls in anticipation of any attack by the IS group.”

Qayyarah residents, including children, have also offered unprecedented cooperation to the security forces by providing information about IS group members and collaborators, he added.

“We will provide the army and the police with all what they need to preserve our liberty,” said resident Abu Haidar.