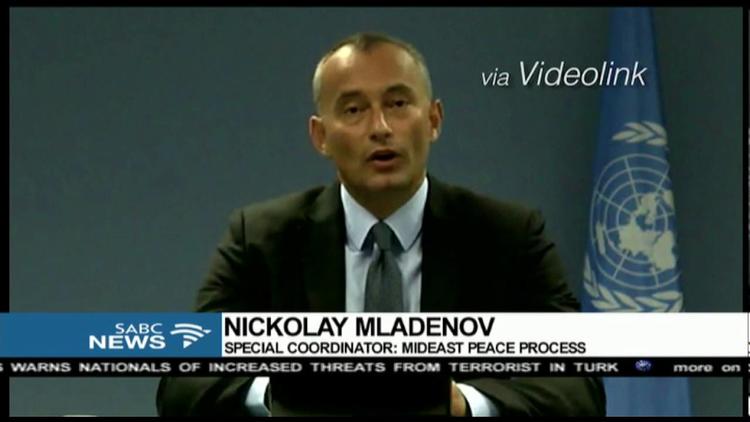 STOCKHOLM – Next year marks the centennial of the Balfour Declaration, the British statement that paved the way for Israel’s founding in 1948, and for the conflict between Israel and the Palestinians, as well as the larger Arab world, that continues today.

World leaders gathering in New York for the United Nations General Assembly probably won’t have time to discuss this perennial political challenge. But, despite all of the Middle East’s other – and seemingly bigger – problems, the Israeli-Palestinian conflict is the lynchpin issue that will determine whether the region’s future will be one of peace and prosperity.

The conflict – whether it is resolved or not – will also help define US President Barack Obama’s foreign-policy legacy. As Obama’s second term nears its end, it is worth recalling that when he came to office in 2009, he sought rapprochement with the wider Muslim world. In his historic Cairo speech in June of that year, he described the Palestinians’ situation as “intolerable” and promised to pursue – “with all the patience and dedication that the task requires” – a policy of “two states, where Israelis and Palestinians each live in peace and security.”

Obama has made very little progress on this issue since then, though not for lack of trying. During Obama’s first term, Israeli Prime Minister Binyamin Netanyahu and Republicans in the US Congress united against him to derail any meaningful peace efforts. And during his second term, his secretary of state, John Kerry, led a heroic nine-month effort – involving almost a hundred bilateral meetings with Israeli and Palestinian leaders – that simply petered out.

Netanyahu and Palestinian President Mahmoud Abbas have now both expressed a willingness to meet, in Moscow or in some other location yet to be determined. But no one seriously expects the parties to make real progress toward a two-state solution at this point.

One reason is that Netanyahu is waiting for Obama to leave office. His current priorities are to secure a massive military-aid deal with the US in the coming months, and to orchestrate a new public-relations blitz justifying his government’s current policy regarding settlements in the occupied territories, which the international community has condemned as illegal. Moreover, Abbas’s authority is slipping, and there is no mandate for a Palestinian leader to pursue serious peace efforts in today’s political climate.

Leaving office without having made progress on an issue he specifically promised to resolve would be a colossal failure for Obama. Fortunately, he still has time, and many previous US presidents have set a precedent for bold diplomacy during their final months in the White House. In late 1988, Ronald Reagan recognized the Palestine Liberation Organization and authorized the State Department to begin “substantive dialogue” with PLO leaders. In late 2000, Bill Clinton published his parameters for a future peace framework. And, starting with the Annapolis Conference in late 2007, George W. Bush mediated a series of negotiations between Abbas and Israeli Prime Minister Ehud Olmert.

Now it is Obama’s turn, and he should push for a UN Security Council resolution that establishes new parameters for a future peace accord, and replaces UN Security Council Resolution 242, which dates back to the 1967 Six-Day War between Israel and Egypt, Jordan, and Syria. The international community agrees that ending the conflict is in everyone’s interest – France has long argued for a new resolution, and Russia has no incentive to oppose one. Obama should start by approaching Russia, the European Union, and the UN to discuss how the resolution should be phrased.

He will need international support, because Netanyahu will certainly object to any new parameters that undermine his own increasingly apparent vision of a Greater Israel from the Mediterranean to the Jordan River. Netanyahu will have American allies to run interference for him. Republican presidential candidate Donald Trump doesn’t even mention a two-state solution in his platform; and Democratic candidate Hillary Clinton has assured American pro-Israel advocacy organizations that she opposes any new Security Council resolution to lay the foundation for a future accord.

The resolution itself will have to be far more comprehensive than previous efforts by the Security Council. Indeed, Resolution 242 doesn’t even mention the Palestinians or a future Palestinian state. A far better model would be the Arab League’s 2002 Arab Peace Initiative, which embodies a much wider regional perspective, and which Obama has previously said would give Israel “peace with the Muslim world from Indonesia to Morocco.”

Moreover, a new resolution should establish that the international community will recognize no changes to the pre-1967 borders, including with regard to Jerusalem.
Support Project Syndicate’s mission

Admittedly, a resolution now would not lead to immediate peace, or even to peace talks. In fact, it might divide Israelis and Palestinians further in the near term. But if the world wants to avoid a future cataclysmic confrontation between a coming Greater Israel and a Palestine backed by a larger alliance of Arab countries, the conditions for talks leading to a stable two-state solution must be established now.

Obama is in a position to establish a framework for an eventual settlement. If he does, it would demonstrate that his Cairo speech was not in vain, and it might even justify the Nobel Peace Prize he received at the start of his presidency, when he vowed that peace between Israel and Palestine would be a defining part of his legacy.

Carl Bildt was Sweden’s foreign minister from 2006 to October 2014 and Prime Minister from 1991 to 1994, when he negotiated Sweden’s EU accession. A renowned international diplomat, he served as EU Special Envoy to the Former Yugoslavia, & High Representative for Bosnia and Herzegovina.