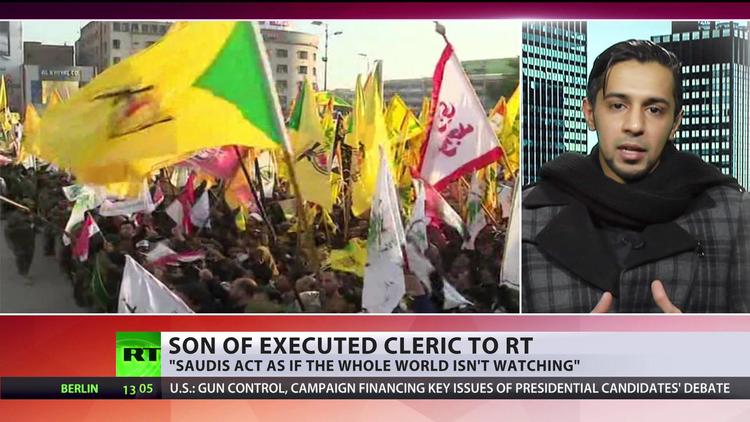 `Abd al-Aziz Al Shaikh, the chief jurisconsult or mufti for the interpretation of Muslim law in Saudi Arabia, said Wednesday that Iranian Shiites are not Muslims.

This statement is a huge step back from the limited progress Saudi had made under the previous king, Abdullah, toward being a more inclusive country.

It is also a violation of the 2005 Amman Message crafted by a large number of Sunni and Shiite leaders to combat the social ill of takfir or summary excommunication of some Muslims by others.

Al Shaikh was responding to the demand by Iran’s clerical Leader, Ali Khamenei (a Shiite) that the Muslim world establish a commission to look into replacing the Saudi administration of the pilgrimage with a more efficient and accountable body. Iranians still smart from the massive stampede in 2015 that left hundreds dead, a large number of whom were Iranians.

Al Shaikh said, “This matter is not surprising coming from those people. We have to understand that they are not Muslims. They are descendants of Zoroastrians. Their enmity with the Muslims is an old affair, especially toward the Sunnis.”

Ironically, in the 18th century Wahhabis were the ones denouncing the Sunnis and attacking the Sunni Ottoman Empire. Through the centuries the Wahhabis have gradually asserted that they are Sunnis themselves. But they did not start out that way.

The foreign minister of Iran, Mohammad Javad Zarif, replied to the mufti on twitter, saying sardonically that it is certainly true that the Islam of Iranians and indeed of most Muslims does not resemble that of Saudi Arabian Wahhabis:

But calling the Saudis “terror masters” isn’t fair, and feeds into a widespread prejudice against Wahhabis, most of whom are not terrorists and most of whom don’t support terrorism (in opinion polling, the Saudi public identifies terrorism as one of the biggest challenges facing their country).

The fact is, most countries support some terrorist group or another as part of their statecraft (consider the Reagan administration’s alliance with the Mujahidin and al-Qaeda against the Soviet Union in Afghanistan in the 1980s), and Iran would do better to challenge this unhelpful discourse in international affairs than to join in the game.

Admittedly, Saudi Arabia’s “Unitarian” form of Islam, founded in the 18th century by Muhammad ibn `Abd al-Wahhab and popularly known as “Wahhabism,” is one of the more intolerant strands of the religion. In the past, its adherents excommunicated the sultan of the Ottoman Empire and mounted a rebellion against him (sort of like Protestants excommunicating the Holy Roman Emperor). The Saudi Wahhabi tradition is also peculiar in its patriarchy, oppressing women and declining to even let them drive. (But note that Qatar is also Wahhabi and does not have the same policies, so it isn’t just the religious tradition).

One of the challenges to what I have called the “Wahhabi myth,” the stereotyping of Wahhabism as promoting terrorism, is that it isn’t good social science. Many Sunnis influenced by Wahhabism, the Salafis, check out of politics and are quietists. The Salafis in Egypt have been a force in parliamentary politics in the past 5 years. The Saudi citizen population is probably 20 million, and almost none of them are terrorists.

From an outsider’s point of view, Saudi Wahhabism is certainly a much more intolerant tradition than Sunnis; but there have been intolerant Sunnis and Sunni movements (e.g. the Almohads).

That is, Wahhabism is not a static essence but has a history. In the reign of King Abdullah (r. 2005-2015 but the real ruler from the mid-1990s), small attempts were made to reform the Wahhabi tradition. That king founded a university of science and technology that has a mixed-gender student body. He reached out to the 12% of the population, mainly in the Eastern Province, who are Shiites, and effected a reconciliation with some of their previously dissident leaders. These Saudi Shiites were allowed to become powerful through local elections on municipal councils in largely Shiite cities such as Qatif. Shiite rituals were allowed in public in wholly Shiite neighborhoods. At the national level, King Abdullah appointed two Shiites to his 150-member appointive National Consultative Council, the embryo of the future Saudi parliament. He brought the former dissident Shiite cleric Shaikh Safar to Riyadh for a joint t.v. appearance with a Wahhabi cleric (a first).

In King Salman’s reign, all these (admittedly minor) forms of ecumenism have been undone and the kingdom’s rhetoric against Iran and Shiites has ratcheted up, recalling the old Wahhabi intolerance of the 19th century. The recent apogee of this turn to intolerance was the execution of dissident Shiite cleric Shaikh Nimr last winter (see video below).

The mufti’s pronouncements, which painted Iranians as crypto-Zoroastrians, reflected Arab nationalist themes more than religious ones. Iranians are not Arabs, speaking Persian, an Indo-European language. One of the subtexts of this sort of claim is that Arabs are echt Muslims, since Islam originated in the Arabian Peninsula.

But most Arabs at the time Islam began were pagan worshipers of north Arabian deities like Allat and al-`Uzza, or were Christians (the Banu Ghassan in Syria) or Jews (most Yemenis). What is the difference between these backgrounds to becoming Muslim and Zoroastrianism?

Moreover, Iranians were central to the development of the Sunni tradition and most did not become Shiites until the Safavid reformation of the 1500s and 1600s. That is, Iranians were Sunnis for hundreds of years and it is not clear that historical Sunnism would look at all the same without their contributions. Remember that Wahhabism began as a rejection of Sunnism and involved violent attacks on Sunni authorities.

In some ways those efforts culminated in the Amman Message of 2005, which said,

“They specifically recognized the validity of all 8 legal schools of Sunni, Shi’a and Ibadi Islam; of traditional Islamic Theology (Ash’arism); of Islamic Mysticism (Sufism), and of true Salafi thought, and came to a precise definition of who is a Muslim.

Based upon this definition they forbade takfir (declarations of apostasy) between Muslims.

Based upon the legal schools they set forth the subjective and objective preconditions for the issuing of fatwas [jurisprudential rulings], thereby exposing ignorant and illegitimate edicts in the name of Islam.”

In the end, the mufti’s name-calling is just juvenile, like kindergarten taunts. The difference is that his sentiment at this time of terrorists and guerrilla movements could get Shiites killed. As I survey history from the vantage of my 60s, I am increasingly convinced that most of the wars and violence in world history have been fueled by immature behavior. Immature is a better word for it than ‘childish.’ Some children are well-behaved.