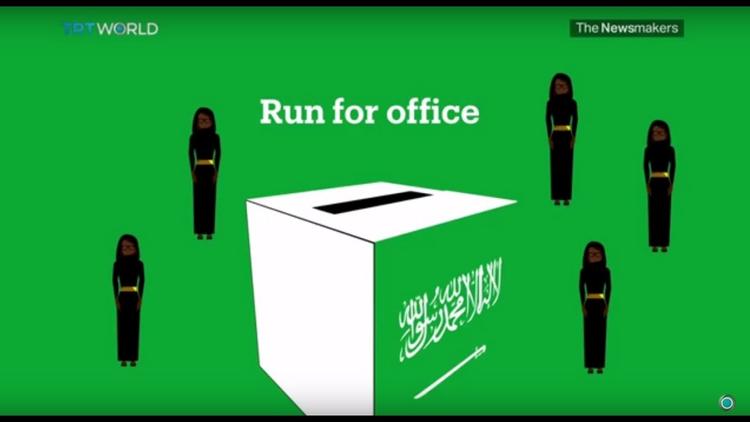 In Saudi Arabia, a country many view as synonymous with gender discrimination, women are seeing signs of change. While a few top-down reforms have come in recent years — the right to vote in municipal elections, for example, was introduced by King Abdullah in 2011 — many working at the grassroots level are agitating for more fundamental change. Over the summer, activists launched an online campaign calling for the dismantling of Saudi Arabia’s controversial “guardianship” system, which puts women under the authority of male relatives — something many see as a fundamental obstacle to women’s basic rights in the kingdom.

For the past several months, Saudi women and their supporters around the world have tweeted under the hashtag #سعوديات_نطالب_باسقاط_الولايه [translation: “Saudi Women Demand the End (literal: downfall) of Guardianship”]. The campaign has also used the English hashtags #IAmMyOwnGuardian and #StopEnslavingSaudiWomen to draw in international supporters, as well as local advocates. The goal, says long-time activist Aziza al-Yousef, is to gain Saudi women the right to be “full citizens … responsible for her own acts.” Alongside their tweets, activists circulated a petition calling for the end of the guardianship system, which garnered over 14,000 signatures by last weekend. On Monday, activists, including al-Yousef, brought the petition in person to the royal court, where they were unable to deliver the document, but were directed to send it via mail.

Earlier this month, Saudi Arabia’s Grand Mufti Abdulaziz al-Sheikh came out strongly against the campaign, calling the tweets a “crime against Islam.” Many others, however, have argued that the guardianship system, as it is practiced in Saudi Arabia, is an inaccurate interpretation of the Qur’an. According to organizers, many religious leaders have voiced their support for the campaign. “They all declared that [the guardianship system] is not religion,” said al-Yousef. “[They said] this is all government rules and it should be changed.”

According to Human Rights Watch, Saudi women — as the law now stands — are in many ways “perpetual minors.” Currently, they lack full legal standing in Saudi Arabia and are required to gain the permission of their male guardians for essential tasks such as travel and marriage, and, often, medical services and employment. Typically, guardians are a close male kin such as father, brother, husband or son. Women wishing to contradict the decisions of their guardians have few avenues for recourse. In addition, fiercely-enforced segregation, a functional ban on female drivers, and informal discrimination create a sense of disenfranchisement that transcends legal codes. As one 44-year-old Saudi woman testified to Human Rights Watch, “It can mess with your head and the way you look at yourself. How do you respect yourself or how [can] your family respect you, if he is your legal guardian?”

The Saudi government has twice promised to end the system — once in 2009 and once in 2013 — when it came under scrutiny by the United Nations Human Rights Council. This month’s campaign was launched with the support of Human Rights Watch, which has published a scathing critique of the guardianship system, most recently in its report “Boxed In,” calling it “the most significant impediment to women’s rights in the country despite limited reforms over the last decade.” While the kingdom’s Vision 2030 has proposed an expansion of women’s roles in Saudi society, critics insist that the guardianship system remains in contradiction with this goal.

Nevertheless, a tide is turning in Saudi Arabia. Greater numbers of Saudi Arabia’s highly-educated female population have gained access to employment in recent years, along with some limited participation in local politics. On the national level, women leaders like Princess Reema bint Bandar have advocated openly for women’s empowerment and appear to be making headway. Meanwhile, this month’s viral campaign has grown out of previous activism, indicating a steadily growing grassroots movement that is in it for the long haul. “We always hope,” al-Yousef told BBC this week. “Without hope, you cannot work.”

Sarah Aziza is an Arab-American writer, graduate student and activist based in NYC. She has previously worked among refugee populations in North Africa, Jordan and the West Bank. Her areas of focus include immigration, human rights, international politics, feminism and mental health. She is a lover of the story-less-told. Find her on Twitter @SarahAziza1 or www.sarahaziza.com

This article was originally published on Waging Nonviolence )