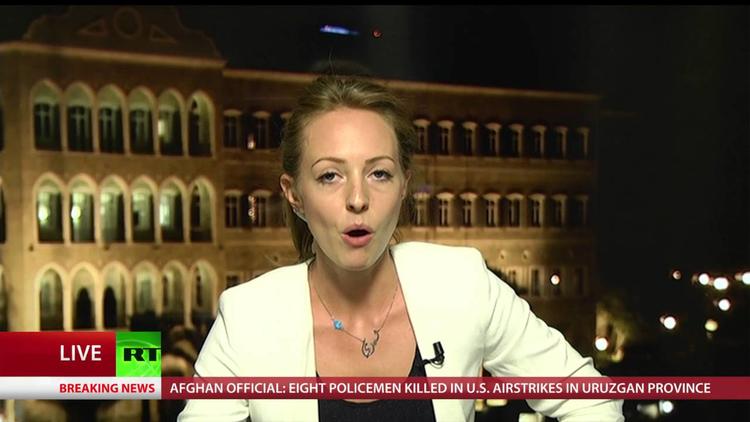 The Syrian civil war is now in its sixth year, with occasional ceasefire deals made and violated by the warring parties being a cyclical process. The latest ceasefire agreement brokered by the U.S. and Russia, which came into effect on September 12, is standing on shaky grounds. The U.S.-led coalition air raid on Syrian army troops in Deir ez-Zour, an ISIS-controlled eastern Syrian province, has killed nearly a hundred soldiers prompting a strong warning from Russia that the ceasefire agreement was at risk. It is a serious reminder that peace in Syria, through a negotiated settlement of the conflict, remains as elusive as it has been since the Arab Spring violence broke out in March 2011.

Tragically, the Syrians are paying the ultimate price of the war, in blood and treasures. They are the real losers. A total of 470,000 Syrians were killed by the end of 2015, with another 1.9 million Syrians wounded; the economic loss incurred between 2011 – 2015 stands at US $255 billion. These estimates are reported by the Syrian Center for Policy Research, a Damascus-based think tank. Additionally, 6.5 million Syrians are internally displaced and 4.8 million Syrians have become refugees in neighboring Jordan, Lebanon, Turkey, and some European countries. The war has virtually obliterated most of Syria’s economic assets, infrastructure, institutions and human resources, pushing the country literally back to pre-modern period.

There are two oft-cited reasons why the Syrian civil war continues unabated. The first is the complex internal nature of the war. The chasms between the Al-Assad government and the numerous rebel groups have widened so much in the course of the war that they keep defying any initiatives for political reconciliations. The government and the opposition rebel groups, who often engage in infighting, operate from a matrix of zero-sum game calculations – either “we” or “they” survive the war. The capture of territories in eastern Syria and northwestern Iraq by the ISIS has simply added further complexities to the war. The second reason is the takeover of the war by external parties – Iran, Saudi Arabia, Turkey, the U.S. and Russia that train, financially support, supply arms and ammunitions and intervene to aid their respective allies in Syria. That means the Syrians hardly have any control over the war or their own fate.

Beneath the complex dynamics of external involvements is a host of calculated interests each external power is pursuing and willing to protect at any costs. For Iran, Syria has been the only Arab strategic ally, especially since the beginning of the Iraq–Iran war (1980 -1988). Their alliance relationship, despite big ideological (secular Ba’athism versus Islamic government) and cultural (Arab versus Persian) differences, solidified after they had signed a mutual defense cooperation agreement in June 2006, a military measure that sought to minimize post-2003 U.S. threats to Tehran and Damascus.

Iran sees the loss of Syria to the anti-Assad rebel groups as an irreparable loss of the vital strategic link Damascus provides to the anti-Israel Lebanese resistance group Hezbollah. Tehran came to the defense of the Al-Assad government to protect two interests – i) to maintain its strategic weight in the Middle East as a safeguard against Western military pressures to totally dismantle its nuclear program, though it concluded a nuclear deal with the U.S. in July last year; and ii) to protect its national security in a vast sea of hostile and unfriendly powers – the Arab adversaries on the west coast of the Persian Gulf, the presence of U.S. military forces all around Iran, and a resurgent Turkey and a hostile Israel on the north and northwestern borders. Despite domestic economic ills, the Iranians have bankrolled the Al-Assad government by providing at least $6 billion per annum since 2013, in addition to credit lines to finance imports of food and energy. Tehran also convinced Hezbollah to commit troops to defend their common ally – the al-Assad government.

What Iran is looking for in Syria, at a minimum, is the guarantee that any government in Damascus, headed by Al-Assad or not, must accommodate Iranian interests, and that the hostile Arab powers led by Saudi Arabia must not have the upper hand in Damascus to deny Iran the use of Syria as a supply conduit to Hezbollah. Neither Saudi Arabia nor is the West ready to accept the minimum Iranian interests and this is what compels Iranian decision-makers not to back away from their post-Arab Spring Syria policy.

Saudi Arabia, Iran’s arch rival, sees itself as “the regional Arab leader”, a position it is ready to defend militarily and financially. The fall of Saddam’s Iraq in 2003 to the invading U.S. forces – a traditional bulwark against Iran and the decline of Egypt as the Arab world’s natural leader after the fall of Hosni Mubarak have motivated Riyadh to fill in the leadership vacuum. In Syria, the Saudis have sought the goals of containing Iranian influence by toppling the Al-Assad government and to install a pro-Saudi Islamist government to delink Iran from Hezbollah, an objective the U.S. and Israel also share. Back in late 2013, Riyadh launched the Army of Islam, an umbrella organization of fifty jihadist groups, to simultaneously fight the Al-Assad government and the ISIS caliphate. Although its interests have often diverged from that of the U.S. (in terms of a direct American military intervention to unseat President Bashar Al-Assad), Riyadh has refurbished the rebels with arms and money, mostly in collusion with the U.S. The Saudi rulers still remain committed to the overthrow of the Al-Assad government – an objective the Iranians vehemently oppose by consistently insisting that only the Syrians could determine the fate of President Bashar Al-Assad.

Turkey’s initial Syria policy, that posed extra challenges for Iran but largely supported the Saudi policy of regime change in Damascus, backed the Syrian branch of Muslim Brotherhood forces. It also openly sided with the ethnic Turkoman rebel groups while being worried about the empowerment of Kurdish separatist forces in southwestern Turkey and their influence in Iraq and Syria. After failing to secure regime change in Damascus, Turkey’s overriding concern has been to keep Syrian Kurds, led by the socialist-oriented YPG forces, under control and deny them any opportunity to establish a Kurdish mini-state in northeastern Syria. That was the principal motive driving Turkey’s recent incursions into Syria, though officially Ankara justified that as a war on ISIS fighters. In the wake of the abortive July 15 coup, Turkey seems to gradually pivoting to Russia, a major strategic shift that closely support Russian and Iranian goals in Syria.

The U.S. had initially pursued a regime change policy, best epitomized in the catch phrase “Assad must go”, but lacking the will to go for it seriously. Apparently, Washington was more worried about an acceptable alternative to the secular Al-Assad government; neither did it like to see a Saudi-supported Islamist government in Damascus nor a violent ISIS controlling the major parts of Syria. The changed U.S. objectives more resembled that of Israel – a preference for a weakened Al-Assad government constantly fighting the insidious rebel groups and presiding over a “rump state”, with territorial jurisdiction limited to the Damascus province, would pose no threat to Israel but weaken Iran and its ally Hezbollah.

But Russia, a traditional ally of Syria with a naval base in the Mediterranean seaport of Tartus, dramatically changed the course of the civil war by directly intervening to prop up the Al-Assad government. The Russian intervention sent shockwaves across the region and further challenged America’s waning influence in the Middle East. The intervention may be Russia’s return to the Soviet-era military activism for global influence, an attempt to fill in the gradual U.S. exit from the region or a sheer necessity to fight the Islamists in the Caucasus and in the Middle East to secure homeland security. The crude message is that Russia, after successful intervention in Ukraine, is a serious power-broker in the Middle East. While Russian and Iranian interests mostly converge in Syria, principally the defense of ally Al-Assad government and a possible defeat of the rebels, they are at serious odds with Saudi and U.S. interests.

The diverse and contradictory interests of the internal and external parties are effectively nipping the required political chemistry for a meaningful Syrian peace process in the bud. The only area where their interests strike a chord is the urgency to fight and eliminate the ISIS caliphate. Two requirements are there to fulfil before a perfect chemistry can be found. First off, there must be a rapprochement between Iran and Saudi Arabia for a shift from mutual antagonisms to promoting minimum understanding on regional issues. Riyadh and Tehran compete on a wider regional scale and a comprehensive regional approach, with recognition of each other’s minimum interests, can avoid the current turmoil and human tragedies in Iraq, Syria and Yemen. What the Middle East is painfully experiencing is no less than an Armageddon, a tragic situation Iran – Saudi rapprochement can avoid. Secondly, a similar understanding is also a basic requirement between the U.S. and Russia that can aid a détente process between Iran and Saudi Arabia. Currently, Moscow and Washington are unsuccessfully trying military means to solve the Syrian conflict, which is squarely a political problem awaiting diplomatic solutions. The sooner the regional and external parties join hands, the better for the Syrians and for the Middle East region.

RT: “7-day ceasefire in Syria over, unclear if it will be renewed”