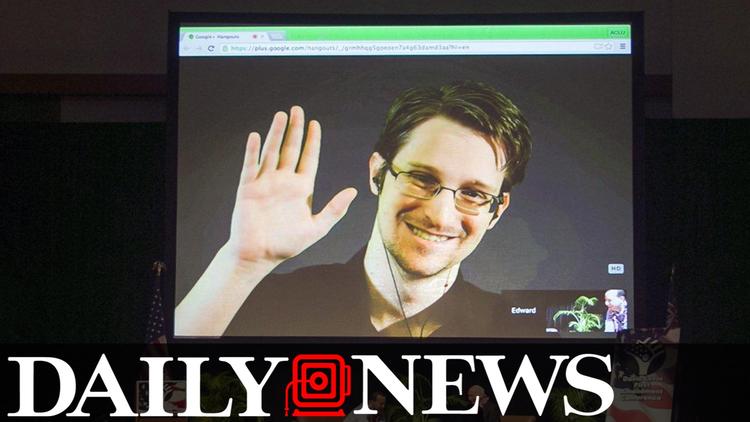 ‘I think when people look at the calculations of benefit, it is clear that in the wake of 2013 the laws of our nation changed,’ Snowden tells the Guardian

In a new interview with the Guardian, whistleblower Edward Snowden explains why U.S. President Barack Obama should pardon him for leaking documents that revealed the government’s mass surveillance operations.

Snowden, currently in exile in Russia, faces at least 30 years in jail for allegedly violating the Espionage Act with his 2013 disclosures. But in a video interview from Moscow, the 33-year-old National Security Agency (NSA) whistleblower said Obama should take into consideration that people had benefited from his actions.

“I think when people look at the calculations of benefit, it is clear that in the wake of 2013 the laws of our nation changed,” Snowden continued. “The Congress, the courts, and the president all changed their policies as a result of these disclosures. At the same time there has never been any public evidence that any individual came to harm as a result.”

Snowden’s statements come just before the release this week of Oliver Stone’s biopic, Snowden, which his supporters hope will help make a sympathetic case for the whistleblower. And, as Common Dreams reported Monday, civil liberties groups are launching a formal campaign Wednesday calling on Obama to pardon Snowden.

We’re going to make a very strong case between now and the end of this administration that this is one of those rare cases for which the pardon power exists. It’s not for when somebody didn’t break the law. It’s for when they did and there are extraordinary reasons for not enforcing the law against the person.

But the effort seems unlikely to succeed. In 2015, the White House responded to a petition seeking pardon for Snowden by calling for the former NSA contractor to “come home to the United States, and be judged by a jury of his peers.”

The Guardian notes that if Obama “declines to pardon Snowden, his chances under either Clinton or Trump would seem to be even slimmer.”

Indeed, Snowden himself—while also decrying the “war on whistleblowers” perpetrated by the Obama administration—described the 2016 presidential race as unprecedented “in terms of the sort of authoritarian policies that are being put forward.”