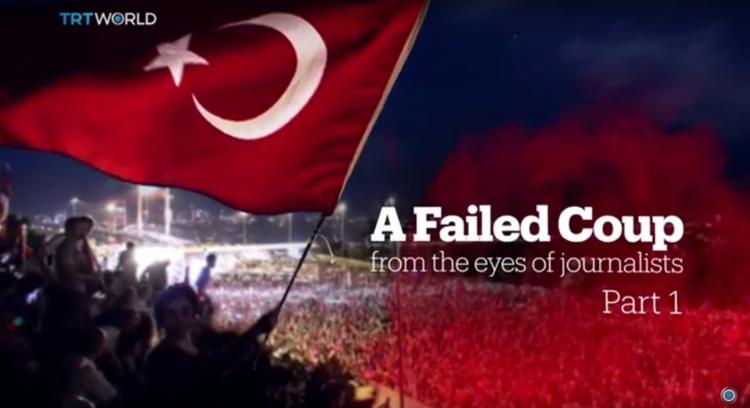 The failed July 15 coup in Turkey has generated a whole range of debates on who was really behind the coup, Turkey’s future relations with NATO and the U.S., and President Erdogan’s possible pivot to Russia and Iran. A more serious debate that did not receive much media attention is the intra-Muslim debate – the controversies between the Muslim modernists and the Muslim traditionalists concerning the coup. The Turkish media are reporting the debates over the “Gulenist treason” illuminating whether or not Fethullah Gulen and his supporters, who are branded Muslim modernists, used or misused Islamic belief and ideals to orchestrate the coup, and for what end results.

Turkish theologians with modernist leanings point out that the Gulenists, who are part of the mainstream Sunni tradition in Turkey, believe in some kind of messianic rule – in a notion like the advent of Imam Mahdi at the end of times to revive justice worldwide. To many of his supporters, Gulen is the messiah, and their attempts to capture state power were linked up to this belief. The Gulenists had also opened up interfaith dialogue with the Christians and a number of Jewish organizations to promote exchange of ideas and cooperation across religious boundaries, an objective other modernists have often advocated.

traditionalists, in contrast, offer a diametrically opposite explanation about Gulen and his movement. They see the Gulenists as deviants from the mainstream Sunni tradition, as their social and political goals closely resemble the reformist agenda of the nineteenth century modernists, principally Sayed Jamal al-Din al-Afghani (1838–1897) and his Egyptian disciple Muhammad Abduh (1849 –1905). As reformists, the Gulenists hardly hold on to the “pure” Sunni creed of Islam. Furthermore, the traditionalists consider modernist, rationalist theology as heresy, pure and simple.

Although quite old, the debates between modernists and traditionalists continue to immensely dominate Islamic philosophy and theology which, in turn, influence contemporary Muslim political and social activism. It may be of interests to briefly look at the issues at stake in the debates between the two rival Islamic camps.

There are three significant elements the Muslim traditionalists emphasize: i) the sacred religious texts – the Qur’an and the Hadiths (sayings and practices of Prophet Muhammad) are eternal and timeless; ii) Muslims’ salvation lies in their firm belief in and hold onto the guidelines contained in the sacred texts, and organizing their social and political systems accordingly. There is no need for rationalist theology or rationalist pursuit of knowledge, which the secular Western countries follow, outside the boundary of the sacred texts; and iii) a binary division of the world into Dar al-Islam (zone of peace) and Dar al-Harb (zone of conflict) that draws a dividing line between Islam and non-Islam.

Note that such a division of the world has no broad Islamic support. The Hanafi School of Islamic jurisprudence referred to such dual categorizations while the three other Sunni schools of jurisprudence – Shafi’i, Maliki, and Hanbali — saw it as a temporary issue. Neither the Qur’an nor the Hadiths has any particular sanctions for an Islam versus non-Islam typology.

Muslim modernists, on the other hand, put forward alternative ideas and visions to help the Muslims adapt to changing times and realities. They argue that Islam is an all-embracing ideology with a sense of purpose, a distinct community identity and a set of moral and ethical rules to organize Muslim community life. What is needed is the scientific pursuit of knowledge to improve Muslim life qualities and to open up the avenues of interactions with non-Islamic civilizations to promote productive mutual understandings. Islam does not prohibit the rationalist or scientific pursuits of knowledge, and the binary division of the world is obsolete, crafted only to hinder civilizational interactions and progress across diverse faith traditions. Muslims’ salvation lies in a modernist approach to spurt progress to arrest their economic and political decline, which explicitly started with the abolition of the Ottoman Empire in early 1924 followed by European encroachments in and domination over the entire Mideast.

Differences in theological or philosophical visions and interpretations notwithstanding, the Muslim modernists as well as the traditionalists share a common objective – the capture of state power. Their lust for state power is common, though the methods they employ to capture power are diverse. The original idea for state power came from Ibn Taymiyyah, a thirteenth century Sunni theologian and scholar with strong roots in the Hanbali School of Islamic jurisprudence. Ibn Taymiyyah argued for the force of the law, rather than individual virtues of the rulers, to protect original Islam. In other words, Islamic Faith must be backed by state power, for state power is essential to implement and defend Islamic belief system socially, politically and culturally. State power is also a safeguard against foreign intruders like the Mongol invaders who converted to Islam but misinterpreted the Faith to cling to power.

The Gulenists attempted to seize state power through a military coup, a process largely facilitated by President Recep Tayyip Erdogan and his Justice and Development Party (AKP). The AKP won electoral verdict first in 2002, having no strong support base in the army, bureaucracy and other state organizations. Under pressures from the secular Kemalists, the AKP forged an alliance with Fethullah Gulen whose supporters gradually replaced the Kemalists in all important power bases in Turkish politics, what eventually overwhelmed President Erdogan giving him a bitter wake-up call through the July 15 abortive coup.

The Muslim traditionalists have more resorted to direct wars or revolutions to achieve their political goals. Back in 1932, the bond between the Al-Saud dynasty and the religious fighters of the Sunni Wahhabi tradition created the Kingdom of Saudi Arabia through the sword. Late King Abd al-Aziz ibn Saud organized a powerful tribal army to crush his opponents in the Arabian Peninsula – Sharif Hussein bin Ali of Mecca, who conspired with the British during World War I to drive the Ottomans out of the Arab Middle East, and Saud ibn Rashid of Jabal Shammar, a tribal state in the central Najd region of present-day Saudi Arabia.

Iranian leader Ayatollah Khomeini was an exception in that he captured power in 1979 through a religious revolution backed by popular support. Though it is difficult to definitively say whether Khomeini was a traditionalist or a modernist (since he emphasized strict adherence to Islamic Faith and was also open to scientific pursuit of knowledge to modernize the Iranian society), he set up a precedent – not only Marxism-inspired proletariat but also religiously motivated mass people can successfully carry out revolution, even by defying the hegemonic power of the time. Khomeini’s revolution succeeded in legitimizing state power in the name of Islam; it gave Iran some sort of a new ideological and political identity, what he called “neither East nor West, the Islamic Republic” – an alternative to Eastern socialism and Western liberalism.

The radical traditionalists, grouped under al-Qaeda and the ISIS, have preferred the outright use of force against their local and foreign opponents – who are respectively branded “near enemy” and “far enemy”. ISIS is bent on reviving the Islamic Caliphate, modelled on the original Islamic State Prophet Muhammad established in Medina in the first half of the seventh century, though it remains uncertain whether it can survive the war Caliph Abu Bakr al-Baghdadi initiated against the whole world in the summer of 2014. They remain more wedded to the radical thinking of Egyptian Islamist thinker Sayyid Qutb who labelled the West a jahiliyya (ignorance of Divine Guidance) and advocated jihad to dislodge the forces of jahiliyya from the Middle East.

Whatever methods the Muslim modernists and traditionalists use to achieve their ultimate goals, that is, state power to protect Islam, the debates between them appear an endless process. We can expect the debates to surge often, at least occasionally, in the volatile Middle East region.

TRT World: “A Failed Coup: From the eyes of journalists​”