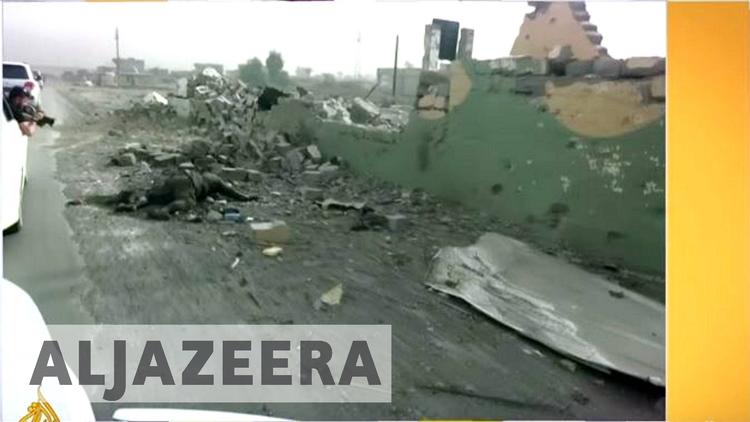 Stars and Stripes is reporting that the number of US troops in Iraq has risen from 4,000 to 4,460 in preparation for the Iraqi government campaign against Mosul.

The WSJ reported that the government of Iraqi prime minister Haydar al-Abadi wants to begin the campaign in October.

Mosul was a city of 2 million in its metropolitan area before Daesh (ISIS, ISIL) took it in June of 2014, and mostly Sunni Arab. It is probably now only 1 million, held by about 4,000 Daesh fighters. Originally the terrorist organization was able to take Mosul because local groups like the Naqshbandi Sufi order cum resistance guerrilla group welcomed Daesh into the city. Some reports speak of a city-wide uprising against the then Iraqi army, which helped to chase them out of the city. But by now everyone in Mosul hates Daesh and the population will likely welcome the Iraqi army as liberators. This is so even though many Sunni Iraqis view the Iraqi government as a Shiite preserve and see the Iraqi military as having been sectarianized by former prime minister Nouri al-Maliki.

Meanwhile, Athil al-Nujayfi, the titular governor of Ninewah Province (in which Mosul is located), engaged the prime minister Haydar al-Ibadi in a spirited debate, over the participation of the Shiite militias in the taking of Mosul. Al-Abadi is said to be committed to deploying them, but Sunni Arabs often feel that they have carried out reprisal attacks on Sunnis and fear them..

President Obama reconstituted the Iraq Command of the US military after the fall of most of Sunni Iraq to Daesh fighters in summer of 2014. Many of the personnel are on secure bases in Baghdad, but US trainers and support troops have gotten permission from the Pentagon to get pretty close to the front in order to help the Iraqi military.

If Mosul falls before Election Day in the US, it will undermine a key talking point of the Republican Right, i.e. that Obama is weak on terrorism. (Why they say this is anyone’s guess. Obama has authorized enormously more drone strikes than any other country in the world, and killed Bin Laden. Obama’s counter-terrorism strategies could be questioned on human rights grounds, but not on the grounds that they are a sign of weakness.)

The Democrats will suddenly be the party that defeated Daesh/ ISIL. This is kind of an October surprise of the sort that campaign managers dream of.

It seems a little unlikely that PM al-Abadi cares about US electoral problems. He has his own reasons for wanting to roll up al-Qaeda in Iraq quickly. But his timetable could play into Hillary Clinton’s hands.

Aljazeera English: “Inside Story – Is the Iraqi army ready to liberate Mosul?”