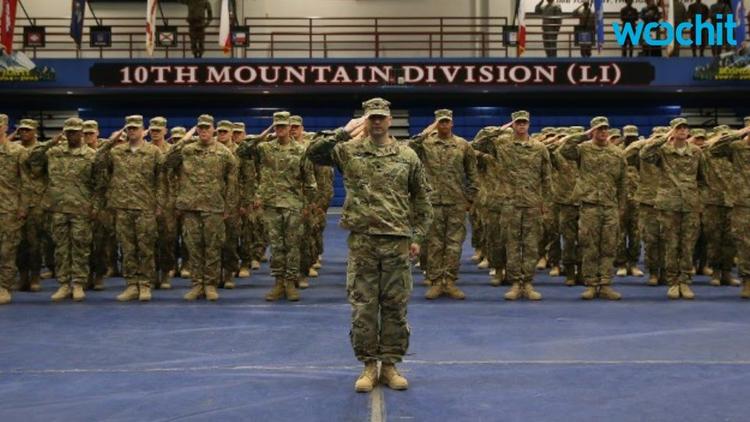 The US plans to send another 500 troops to Iraq to help with the massive Mosul campaign, which will involve the Iraqi army and its allies, the Kurdistan paramilitary Peshmerga, hard line Shiite militias, and Sunni Arab tribal levies. US troops will not engage in war-fighting at the front, but will help call in air strikes on Daesh (ISIS, ISIL) targets and provide tactical advice and training. Some of them are stationed at a newly recaptured airbase, Qayara, just south of Mosul.

The exact number of US troops in Iraq is hard to calculate, since units are transferred in and out with some frequency, but the number is heading for 6,000. All US troops had been withdrawn from the country at the end of 2011 because the Iraqi parliament would not grant them immunity from prosecution if they killed Iraqi civilians in the course of carrying out joint operations with the Iraqi Army.

After the fall of 40% of Iraq to Daesh in 2014, all of a sudden the Baghdad political elite had no trouble at all with the return of US troops to the country and I can only imagine that iron clad guarantees have been given behind the scenes that US troops have de facto legal immunity or extraterritoriality. (The hard line Shiite militias such as Muqtada al-Sadr’s Peace Brigades and the League of the Holy Family have in fact menaced US troops orally, but these threats appear to be empty. Ironically, the US has occasionally given them air support in the fight against Daesh, as at Amerili two years ago).

The question is when US troops can again leave Iraq? Will it be after the fall of Mosul? Or will Iraq need years of “stabilization” in the aftermath, according to Washington? (This kind of talk is so ironic since the US destabilized Iraq in the first place). If we look over at the 15-year war in Afghanistan, where there is no prospect of victory and where there are still thousands of US troops (some of them still do some war-fighting from time to time), it might be an omen for what we can expect in Iraq.

The only difference is that I think Iran will be pretty eager to see US troops leave after Daesh is defeated (at the moment Iran and the US are de facto allies in Iraq), and it has many levers of power with the Shiite elite in the Iraqi government.

US tactical cooperation with Iran and the Shiite militias could have been turned into a diplomatic deepening, but apparently it is just too embarrassing for Washington and Tehran to admit. And so, likely, down the line the US will get pulled right back into Iraq, because it refuses to recognize the real power dynamics there at the level of policy rather than just of tactics.