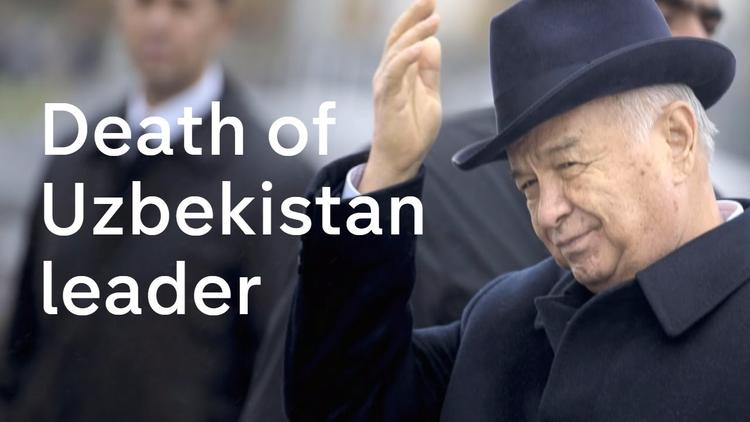 The death of Islam Karimov, the president for life of Uzbekistan who came to power in 1990 after the collapse of the Soviet empire had begun in 1989, has been confirmed. His stroke six days ago was a badly kept secret.

I saw a headline from CNN that America’s partner in counter-terrorism was gone and threw up a little bit in my mouth.

Karimov was only one dog-eaten uncle short of running a North Korea. His seedy police state deployed systematic torture. His repressive policies in the Ferghana Valley radicalized a generation of Uzbeks. Those forced out went on to destabilize Afghanistan, northern Pakistan and Syria. Karimov wasn’t a partner in counter-terrorism; he was a one-man terrorist-creation machine.

Most Uzbeks are conventionally religious in attitude but hardly fundamentalist or very observant (all those decades of determined Communist rule had an effect), and the men seem to like their vodka. A bigger proportion of the population tells pollsters they aren’t religious than is the case in the US.

Deniz Kandiyoti and I staged a conference in Tashkent in 1996 when we were with the Social Science Research Council, and I enjoyed visiting the country, in the archives of which I was interested, as a historian. The conference participants were very sharp and I learned a great deal from them. But there was a tenseness to the proceedings, since it was clear that some of the scholars were nervous about how far they could go in their analyses without having someone report them to the secret police. As an intellectual, I could tell it was a place where I had no future.

Karimov took the US and the UK for a ride after 9/11, reporting to them that his political opposition, whom he arrested and tortured (sometimes to death) was all al-Qaeda.

Former UK ambassador Craig Murray lost his career because he tried to tell Tony Blair about Karimov’s torture and the counter-terrorism fraud.

I remember reading in the early 1990s about the Birlik Party in Uzbekistan and seeing it tagged as Muslim fundamentalist. Then I looked into it and its members were trying to learn how to pray. (Uzbekistan is not fertile territory for piety). So, no. Karimov wasn’t a bulwark against Central Asian Muslim hordes of Gog and Magog.

In 1989, 44 percent of Uzbeks were under the poverty line. The most recent statistic I could find was 47%. The Uzbek economy has seen fairly strong growth in the past decade, mainly off relatively high prices for natural gas, but the extra income hasn’t exactly trickled down. Even with the growth, Karimov never generated many good jobs (it only takes so many people to export natural gas). As a result, ten percent of the labor force in this country of 30 million are working abroad– mainly in Russia but also in Kazakhstan.

The government is one of the more corrupt in the world, which has limited direct foreign investment. The closely guarded borders and currency restrictions also affect companies’ ability to repatriate profits.

There is little industry. The automobile factories are just places to assemble the car, with the parts made in South Korea or elsewhere, which limits profit margins.

With Uzbekistan mainly dependent on gold, cotton and natural gas, and given that energy prices are half what they were a couple of years ago, the country could face severe problems. The slowing of the Russian and Chinese economies is also a threat. China doesn’t need as much natural gas this year as it did last. And salaries for guest workers in Russia have plummeted and the number of available jobs for them has fallen.

A bright spot is that the population growth rate has fallen to below replacement levels, so GDP growth actually starts to mean something. But two decades ago the birthrate was high, which means that there are enormous numbers of young people hitting the job market every year, and the median age of the population is very young.

CNN is worried about Uzbekistan’s stability in the wake of Karimov’s death. But if it does go unstable, it won’t be because the strongman is gone, but because he put the country in the pressure cooker of a quarter century of repression. What could go wrong?