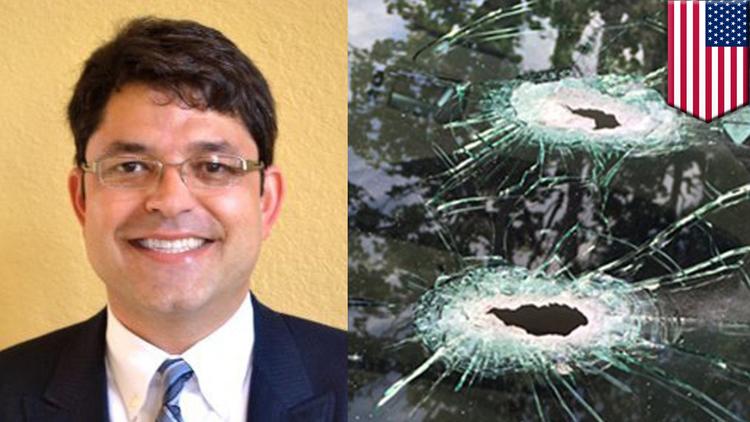 Cable news and social media in the United States don’t go into “OhmyGod there’s only One Story” mode about mass shootings unless they somehow involve Muslims. The downside of this procedure is that Americans think Muslims in the US are way more violent than they actually are, and have started to associate Islam with violence.

That shooting by hand gun in at a kindergarten playground South Carolina? I don’t think they obsessed about it on cable news. By the way, the firefighter who tackled the shooter and ended it was unarmed.

Then the Houston shooter who killed one and injured 9 but wanted to kill dozens and who was armed to the teeth (2600 rounds of ammo) and dressed in Nazi insignia– did that guy even get the “breaking news” logo and ominous music on basic cable? I mean, Erin Burnett said the other night that Trump addressing a rally in Florida was breaking news. That’s breaking news the way it is breaking news that he took a dump. And then they just turned over their airwaves to him (he went on to tell numerous lies with no fact checking). But did they spend any similar amount of time on the Nazi shooter in Houston? And, it is related, because we all know that the Neo-Nazis are a significant constituency for Trumpism.

That is, if we’re going to be hysterical about shooters and terrorism, maybe we should save some of our hysteria for having a guy in the White House who is so admired by and exciting to the racist far right.

Or there were the six killed in a mass shooting in New Orleans a couple of weeks ago.

Or a mass shooting in Baltimore with 6 victims, apparently an act of reprisal.

None of these mass shootings was politicized (though you would think Nazism is, like, political). None attracted much media attention. But if the shooters in any of these attacks had been Muslim, we would have never heard the end of it, especially from Trump.

Then of course the big gun manufacturers have bamboozled Americans into thinking there is nothing we can do about this cascade of mass shootings, when Australia fixed their similar problem with a single law. They are so powerful that Congress won’t even consider limiting firearms to suspected terrorists!

There is no social science reason to think Muslims are more violent than anyone else, over time. Catholic Colombia has signed a peace agreement with FARK, a welcome development, but for most of the past 30 years it has been one of the more violent societies on earth. (This had nothing to do with being Catholic or Colombian; it was a social struggle that coud have broken out lots of places). Mexico’s death from drug wars toll has been similar to the death toll in Iraq from political violence (the US bears some blame in both). Back in the 70s and 80s, Cambodian Marxists of Buddhist heritage polished off 1 in 6 Cambodians. And, I estimate that white people of Christian European ancestry rubbed out on the order of 100 million people in the twentieth century, if we count all the wars, revolutions and colonial massacres.

But Trumpism, which has taken over our national discourse, is all about ignoring nuance and facts, and going off half-cocked based on stereotypes and gut feelings.