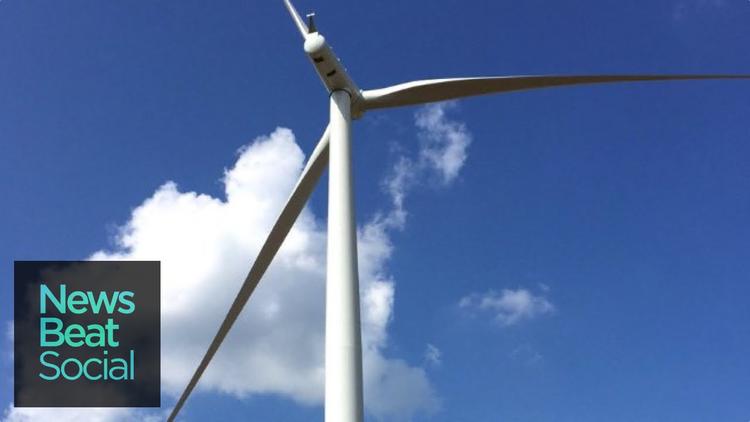 The Iowa Utility Board has approved a $3 bn. MidAmerica wind farm project which will be the country’s largest, due to come on line in 2019, and which will generate enough electricity to power 800,000 homes! I looked this up, and there are only about 1.2 million households in Iowa! This one project could power 2/3s of the state’s homes! Of course, you still have commercial uses of power, and then the transportation sector includes 4.3 million registered vehicles, which are almost all fueled by carbon-emitting petroleum. But still, you have to wonder if Iowa will be the first 100% green energy state. (Iowa has the advantage of being a midwest wind corridor; some other areas of the country, like the Deep South, are much less well endowed in this regard– though they have loads of sunlight that they are wasting for lack of solar panels). Already, 31% of Iowa’s electricity is from wind.

Xcel Energy in Colorado and several partners, including the Danish firm Vestas Wind Systems, are planning a $1 bn. wind farm complex that would power 600,000 homes. About ten percent of those funds will be spent on new transmission lines to bring the electricity to Denver and Boulder where it is most needed. Colorado has about 2 million households, so this wind farm would power nearly a third of them.

Dallas may be HQ for a lot of Big Oil concerns, but Texas’s heart increasingly belongs to wind power. Amazon is building a 253 megawatt, hundred-turbine wind farm that will generate enough electricity to power 90,000 homes. Amazon has already built five other wind farms to power the servers behind its cloud computing services, and has in the past year jumped in its energy use from being 25% renewables to 40%! That the big tech companies can be shamed into spending their money this way by Greenpeace is an excellent sign for the future. The more large corporations go green, the more their lobby in Congress will offset that of Big Oil and Big Gas.

Not only is the fuel for wind power free, but the turbines are getting cheaper and cheaper, a trend that experts think will accelerate, as Reneweconomy writes:

“Specifically, the surveyed experts anticipate wind energy cost reductions of at least 24% to 30% by 2030, and 35% to 41% by 2050 due to larger and more efficient wind turbines, lower capital and operating costs, and other advancements.”

Finally, Germany, Denmark and other countries have seen some of the best economies in wind farm construction in the area of offshore turbines. These machines can be larger and the wind out there is stronger. Offshore wind is not even in its infancy in the US, with the Providence, Rhode Island, facility scheduled to begin operation in October. But scientists estimate that there is enough wind power off the shores of California and Hawaii to power 500 million homes! There are only about 125 million households in the United States. The Federal government is now letting bids for a 765 megawatt offshore complex off San Luis Obispo in California. That is nearly 3 times more powerful than the Amazon facility mentioned above. California’s legislature just passed a mandate requiring the state to get 50% of its electricity from renewables by 2050 (that’s not nearly good enough but I predict that they will reach the goal much earlier than expected).