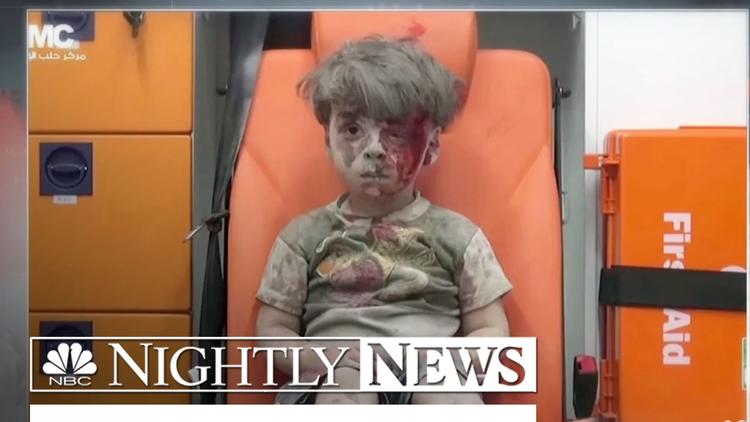 On the twentieth anniversary of the Machel report, the international community must draw a line and stop the war against children.

That war takes many forms. In some cases, children are front-line targets. Rape, forced marriage, enslavement, and abduction have become standard tactics for groups such as the Islamic State in Iraq and Syria, Boko Haram in northern Nigeria, and their counterparts in Afghanistan, Pakistan, and Somalia. Killing kids for attending school is viewed as a legitimate military strategy.

In other cases, children are under attack from both state and non-state actors. In South Sudan, since the eruption of conflict in 2013, government and rebel forces have killed, raped, and recruited children into armed groups. So brutal, systematic, and widespread are the attacks that it seems highly likely that they are carried out with the highest level of political authorization. And, indeed, according to a UN Human Rights Council report published earlier this year, South Sudanese government forces have been heavily implicated in such activities, which may explain why no one has been held accountable for the May 2015 murder of 130 children in Unity State.

Children are also collateral damage, which stems from the relentless erosion of the laws and norms designed to protect civilians in conflict zones. In Syria, children living in Aleppo, Homs, and other cities have been barrel-bombed and gassed by government forces acting in open defiance of international law. The sanctity of schools and health centers is a dead letter: more than 25% of all schools in Syria have been destroyed or forced to close.

Political leaders in Saudi Arabia clearly regard the Geneva Convention, the legal pillar of protection for civilians, as irrelevant. Last August, a Saudi Arabian airstrike on a suburb of Saada, Yemen, hit a school and killed ten children. This was but one episode in a larger trend of attacks on schools, health centers, and markets. Over the last year, the Saudi-led coalition in Yemen has struck four health facilities supported by the non-governmental organization Doctors Without Borders.

The current violence against children is a far cry from what Machel envisaged two decades ago. Following her recommendations, in 1997 the General Assembly established a Special Representative for Children and Armed Conflict, to identify and report to the Secretary-General and Security Council on parties in conflicts that are responsible for persistent and egregious violations.

The special representative monitors six types of violations of children’s rights: killing and maiming, sexual violence, military recruitment, attacks on schools and health centers, abduction, and denial of humanitarian access. Each is barred by international law, including the 1949 Geneva Convention, which requires parties in a conflict to protect civilians and maintain unimpeded humanitarian access, and the Convention of the Rights of the Child, the world’s most widely ratified human-rights treaty, which provides a comprehensive list of children’s rights.

Violence against children persists not because of a deficit of rights, but because of what Eva Svoboda of the Overseas Development Institute describes as a crisis of compliance. The international community is failing to uphold the laws, norms, and rules that define civilized standards. To put it bluntly, killing, maiming, and terrorizing children has become a cost-free enterprise.

The crisis of compliance starts at the top of the UN system and trickles down, through the Security Council, to the General Assembly and member governments.

Consider the Saudi campaign in Yemen. Earlier this year, Saudi Arabia was put on the UN secretary-general’s “list of shame” for bombing Yemeni civilian targets and killing children. By June, however, it had been removed from the list following intensive lobbying by the Saudi government and its arms-supplying American and European allies. Regardless of these allies’ intent, the signal they sent is clear: protecting lucrative arms deals takes precedence over protecting children’s rights.

The endless cycle of reporting on violations of child rights is in danger of becoming a pantomime. While the special representative’s office has done an excellent job exposing attacks on children – and in some cases negotiating the release of child soldiers – the punishments do not fit the crimes.

As world leaders gather in New York this month for the 71st Session of the General Assembly, it is time to reassert the values underpinning UN human-rights provisions. The only way to end impunity for heinous crimes against children is by enforcing genuine accountability – and by bringing the perpetrators to justice.

At a minimum, institutions such as the International Criminal Court in The Hague and the African Court on Human and Peoples’ Rights should be collaborating far more closely with the UN special representative. But so vast is the scale of the problem, and so deeply embedded the culture of impunity, that bolder initiatives may be needed. Given the failure of existing institutions, it may be time to establish a new one – an International Criminal Court for Children, authorized to investigate and prosecute state and non-state actors for war crimes against kids.

We have collectively allowed human-rights laws to become irrelevant paper tigers. But if there is one cause that can rally a divided world, it is surely the protection of children in warzones.

Kevin Watkins takes over as CEO of Save the Children UK in October.

Aleppo’s Children: What Life Is Like for Children in War-Torn Syria | NBC Nightly News